This giant ichneumon wasp is particularly interesting: it is large; it lives less than a month; it does not sting; the female has a very long ovipositor. 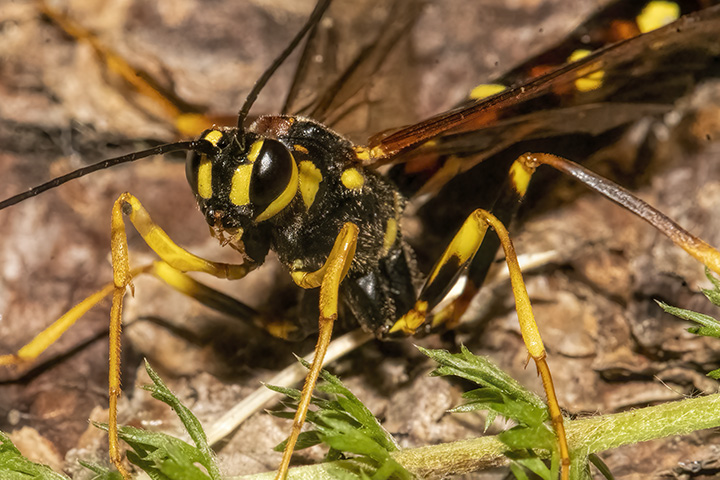 It settles on wood and drives its long ovipositor into the bark and deposits an egg on a horntail wasp. The egg then parasitizes the horntail wasp. 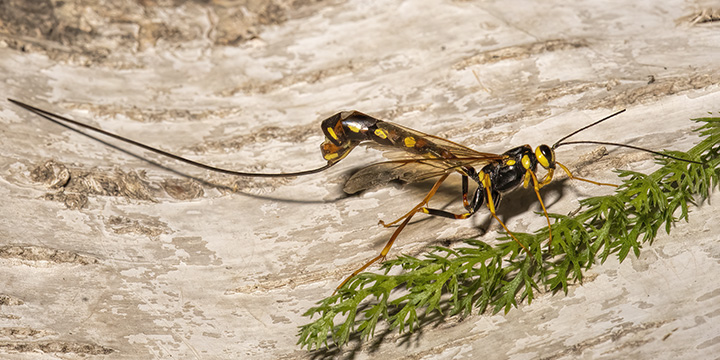