Last Sunday, I watched something over the Lake that I had not recalled seeing with such clarity before: two different mechanisms for droplet formation from the same source.

A decade, or so, ago, I wrote a piece about the two mechanisms for droplet condensation. There I criticized teachers for getting it wrong, by saying that cold air cannot hold as much water vapour as warm air. This was despite it having been known for two centuries what was actually happening. That essay is called condensation. Here, I will just accept that, and go with what is correct.

Typically, clouds (or fog) near the surface result from vapour mixing — in which different forms of cloud result from different mixing circumstances. In this scene, the cloud (fog) at the Lake’s surface is the result of vapour mixing. It is known as steam fog and can result when quite cold air overlies much warmer water.

This scene was a little uncommon. Usually, when cold air flows over warm water in the fall, the high winds cause the convective towers to warp up as steam devils. In this case, the cold air must have arrived overnight and it was now calm. This resulted in convective towers growing out of the steam fog. 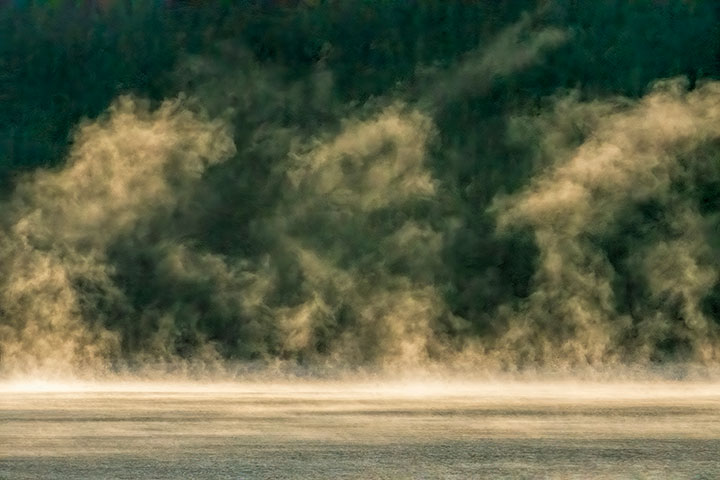