Whatever its other characteristics, Anna’s Hummingbird is indeed a recent arrival to southwestern BC, and it has chosen to remain there year round. Further, it might do the same thing here in southeastern BC.

In the matter of staying throughout the winter, Anna’s Hummingbird is distinctly unusual. This region normally has three hummingbird species: Rufous, Black-chinned, and Calliope. They arrive from the south in April and leave in September. They are really lovely, but they don’t abide our winters. Not so, the Anna’s. It has the ability to slip into hibernation when the temperature drops, and in doing so, it can dwell permanently in places where the temperature plummets.

Well, surviving during a winter in the coastal climate of the lower mainland of BC is one thing, but can it do so in the continental climate around Kootenay Lake? Apparently it can. In an earlier posting, I showed one still visiting a local feeder last November. The implicit question was: will it stick around, especially during the really cold weather of mid winter? The attached pictures say yes.

When next winter approaches, there might be merit in leaving (heated) hummingbird feeders out for Anna’s Hummingbirds.

This is a picture of Anna’s Hummingbird taken locally on December 23, 2019. 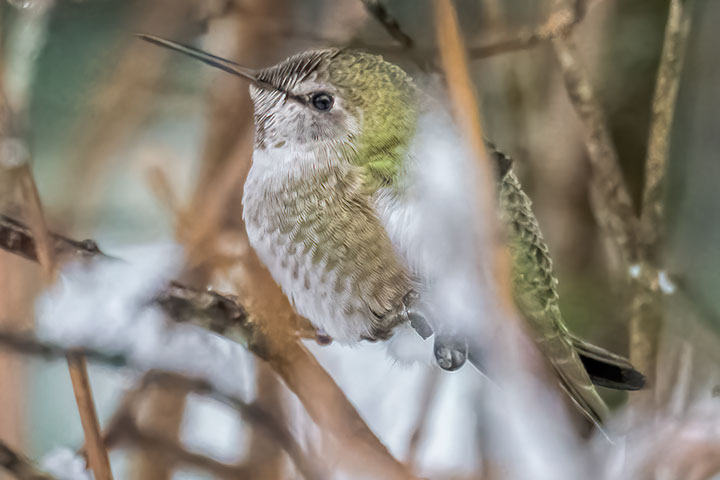 And another shot of Anna’s Hummingbird taken at the end of a cold snap this January 18, 2020. 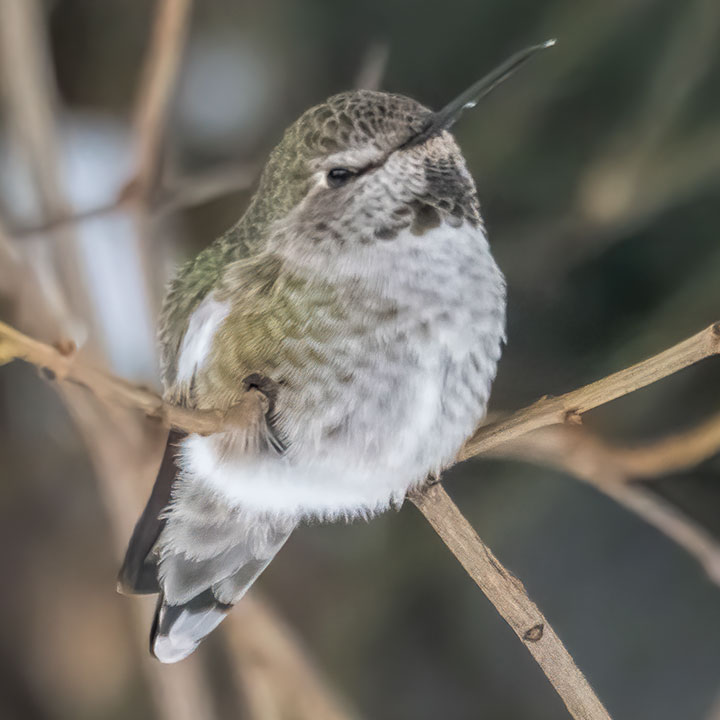 These are not my pictures, but they are used with permission.