Late summer is the season of smoke and fish. The smoke is episodic — some years none, some years considerable. This year it is particularly bad. The fish, spawning kokanee, are an annual staple that is far more agreeable.

Wildfires between 500 and 1000 km to the southwest have sent a pall of smoke our way. Normally the pellucid local atmosphere permits clear views of even distant mountains. Now we cannot even see across the narrowest portions of the Lake. I illustrate the problem with two ferries on the Main Lake. On the left the MV Osprey 2000 is emerging from the mirk, while on the right the MV Balfour is vanishing into it. Sigh…. 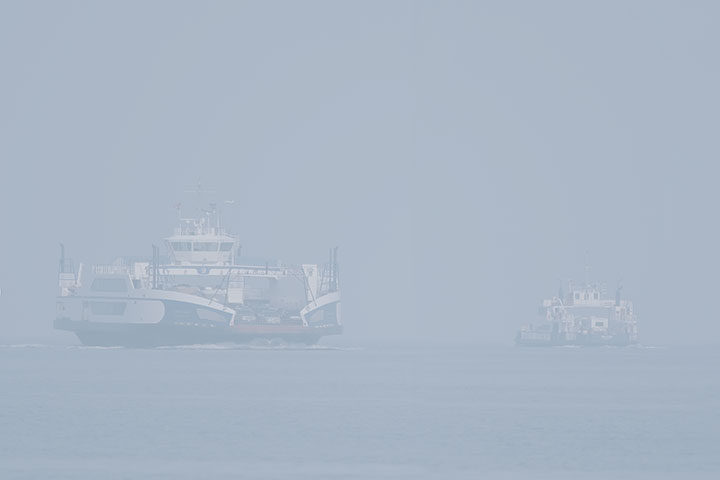 This is the spawning season for kokanee salmon around the Lake. Spawning in West Arm creeks is coming to an end, while spawning at the north end of the Main Lake is in full bloom. 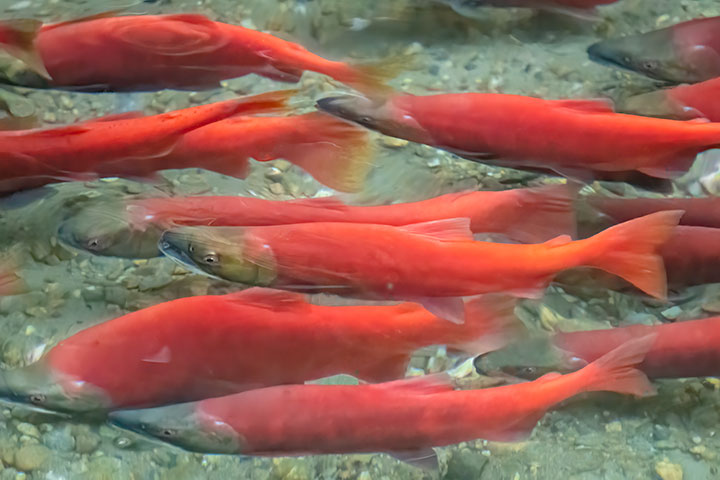 This entry was posted in fish, weather. Bookmark the permalink.

4 Responses to Smoke and fish