In my wanderings, birds are usually easiest to espy. So, it is fun to watch mammals now and then, even if two of them happen to be in the squirrel family.

Usually when I see a Columbian ground squirrel, it is wary, indeed skittish. So, it came as a surprise to see one largely out of its burrow and chirping away at passing humans. Indeed, it seemed to be harassing people. A clue to its behaviour was its location in a small upland provincial park. This fat squirrel was apparently used to persuading hikers to supply him with comestibles, and now it was doing its best to intimidate each passersby into feeding him. I am reminded of the coyotes in Stanley Park (Vancouver) which have taken to attacking park goers who don’t pay a ransom in food. This ground squirrel looks too small to try that tactic, but it does show a downside of catering to cuteness. 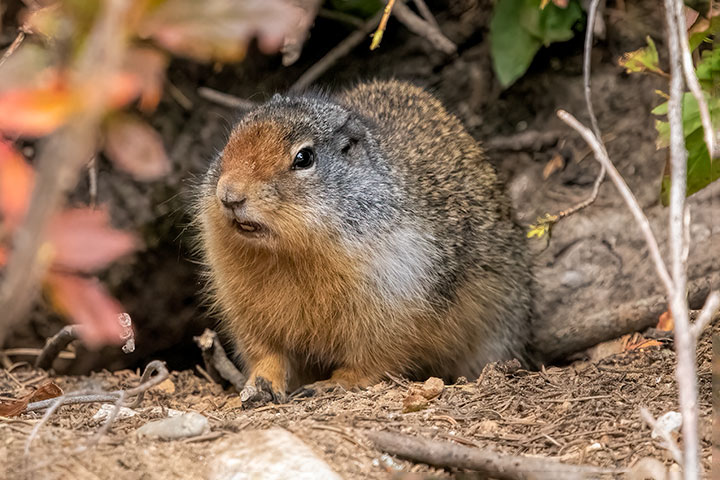 This chipmunk is just too small to intimidate anyone for food. It was content to scrounge for seeds that birds dropped from a feeder. 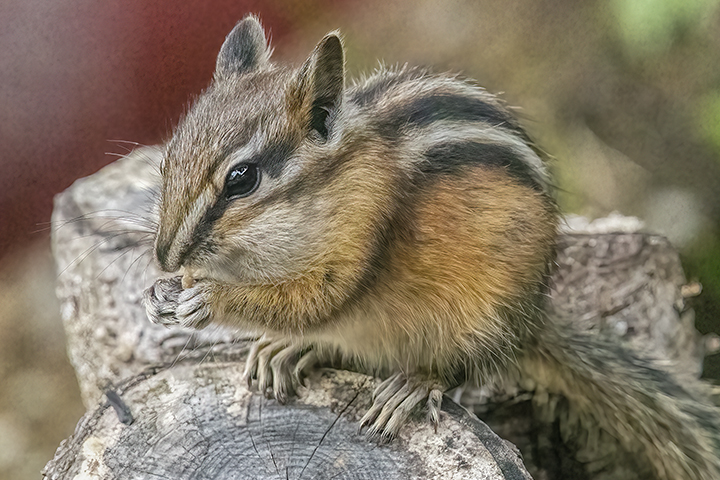 There are many whitetailed deer at the valley bottoms, yet one usually only sees fawns and does. This buck was seen attempting to navigate thick forest. Because his antlers are still in velvet and are sensitive to contact, passing through a thicket must occasionally be painful. 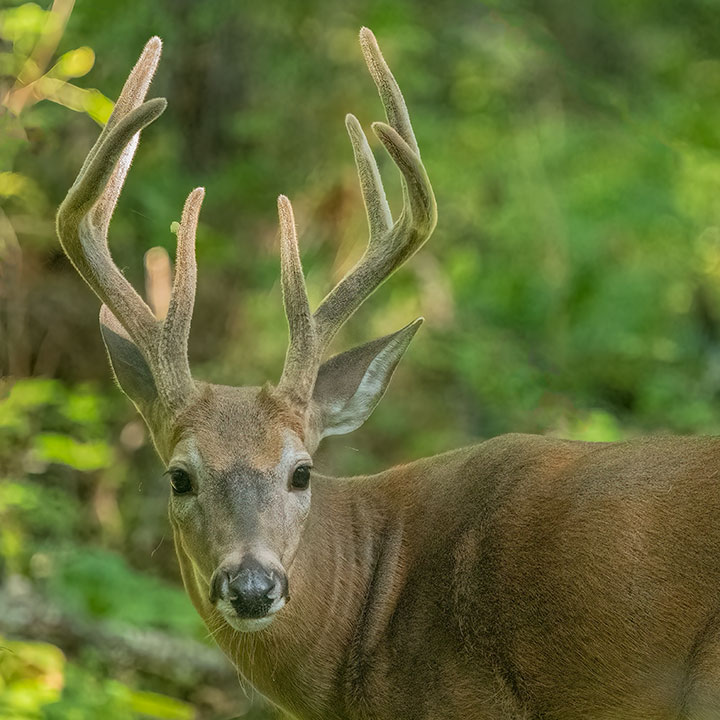