Following the posting about three mammals, it is appropriate to treat birds — well, things that fly. And this includes insects.

A damselfly is a common feature of lakeside living in the summer. But, not this one. When damselflies perch, most species hold their wings parallel to their bodies. The exception is a small group called the spread-wing damselflies. Here is one of them perched. 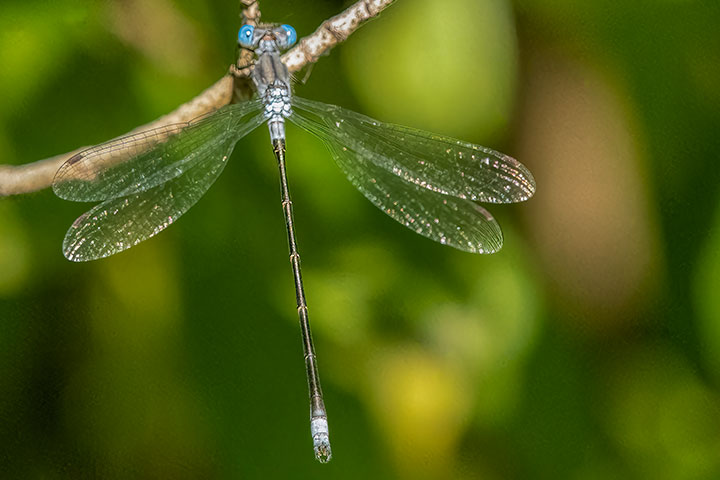 The White Pelican is a bit of an oddity around here. Yet, they do turn up  now and then around the Lake, usually in flocks. This one is on its own. 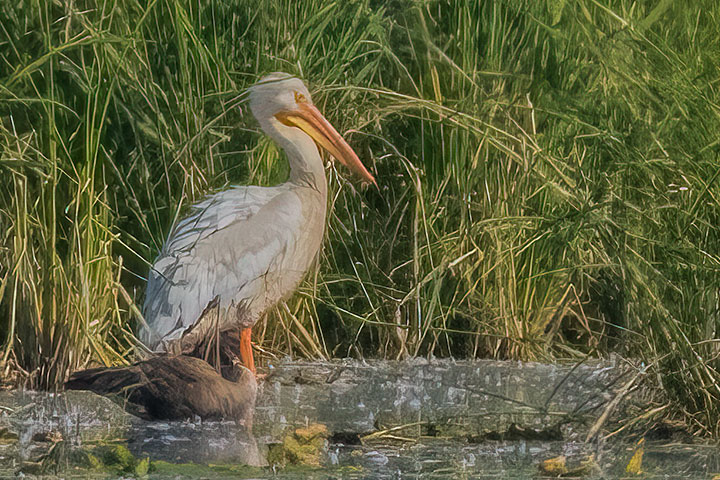 The Great Blue Heron is a staple around the Lake. I do marvel at their display of wing feathers. This one is landing on the edge of the river. 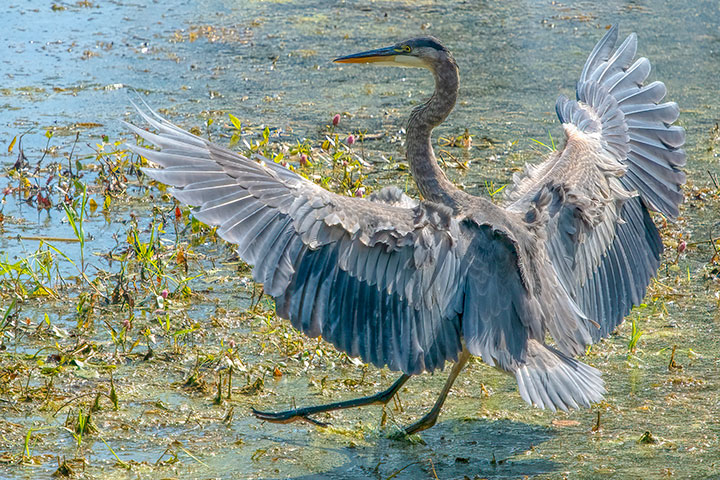 I saved the best for the last. Ospreys will soon migrate to Central America. But for the moment, here is an adult osprey flying by with a headless sucker. 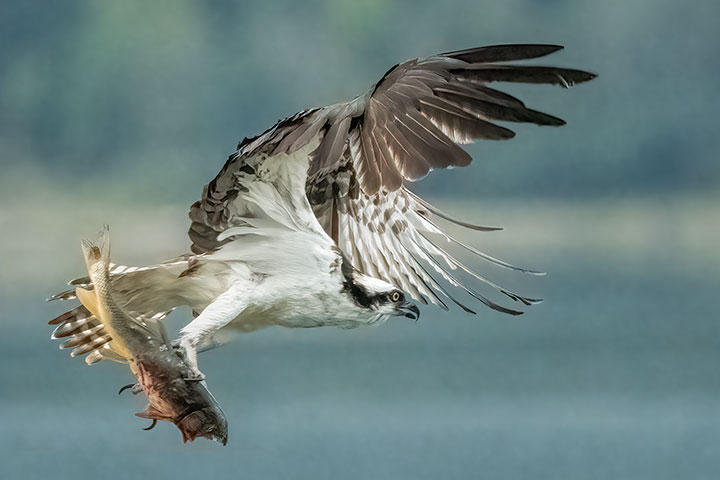