Bald Eagles can be bullies.

Group effort: Of the seven pictures that accompany this posting, three were taken by Cynthia Fraser using a wider angle lens so as to capture the two eagles together (no. 3, 4, & 6).

Except when dealing with their mate or chicks, Bald Eagles will steal food from other creatures and other eagles. They will harass and attack other eagles which have made a kill in an attempt to acquire it. Apparently the adult success rate from theft is higher than that from hunting.

A juvenile Bald Eagle was sitting on a ponderosa pine enjoying what was left of a raven. I did not see it make the kill, or even know if it had made the kill. All I know is that it was finishing off a carcass. 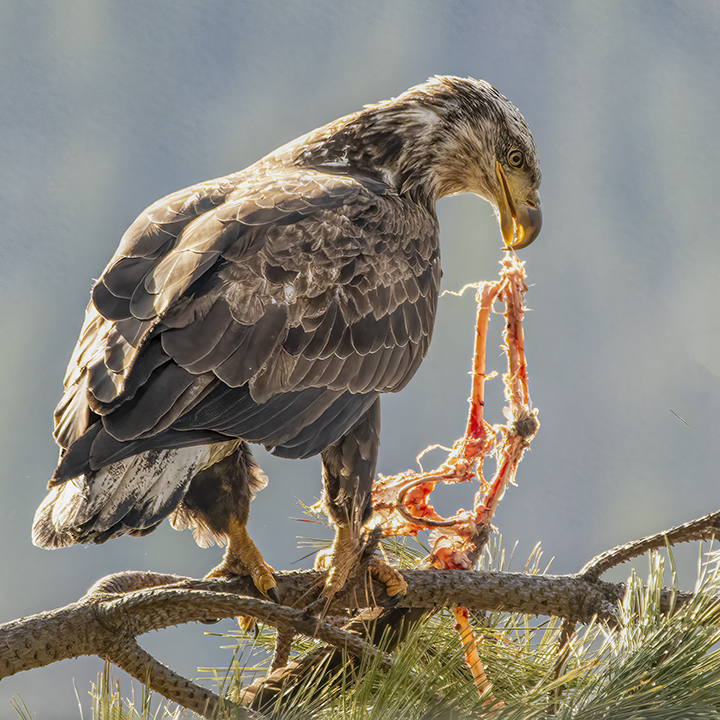 After a while it left. Maybe it was spooked by my watching it from a distance — maybe not. It flew to another tree nearby, but, unfortunately, that tree already had a hungry adult eagle atop it. 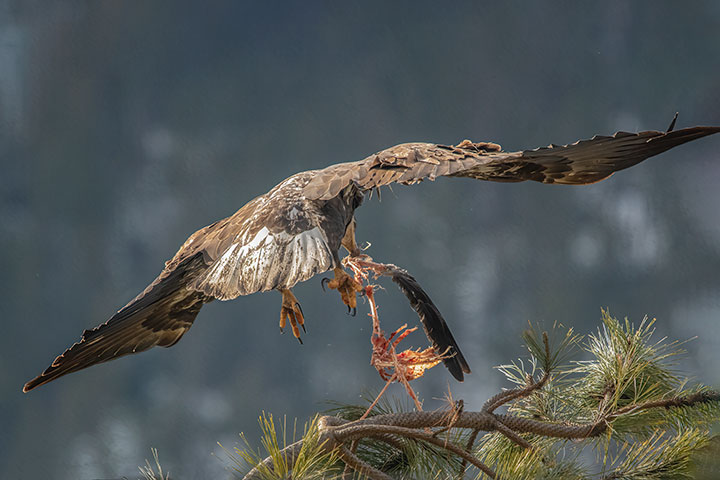 Quickly, that eagle descended on the juvenile in an attempt to take from it whatever food it had. 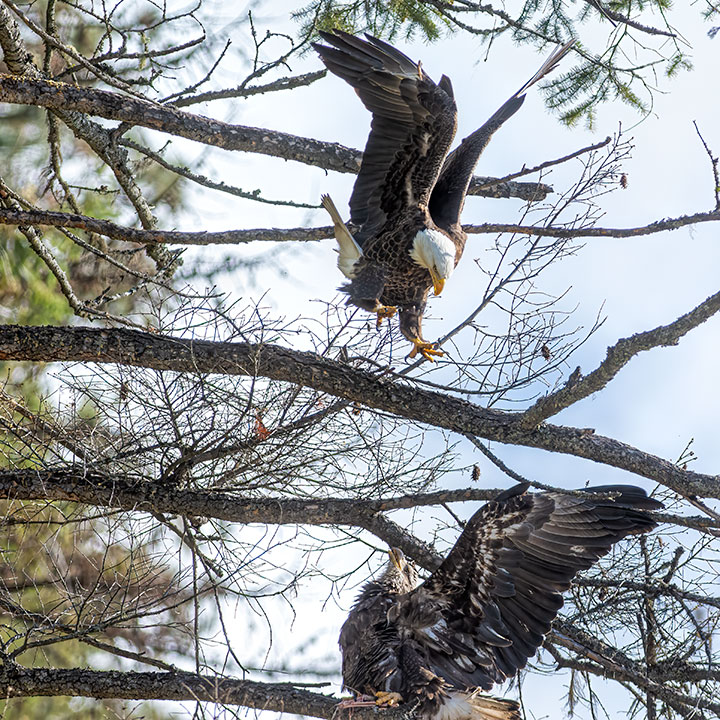 The juvenile reacted quickly. In perhaps a tenth of second, it pushed itself and its food backwards causing the adult aiming for it to miss it completely. 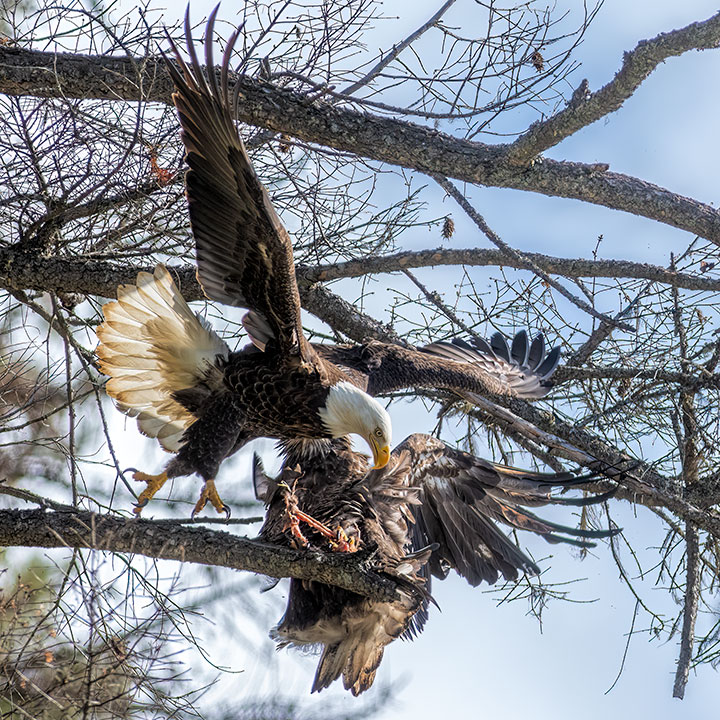 In a picture taken perhaps a hundredth of a second after the previous one, the juvenile has pushed itself back off the tree branch and the adult sweeps by grabbing at the empty air where the food had been. 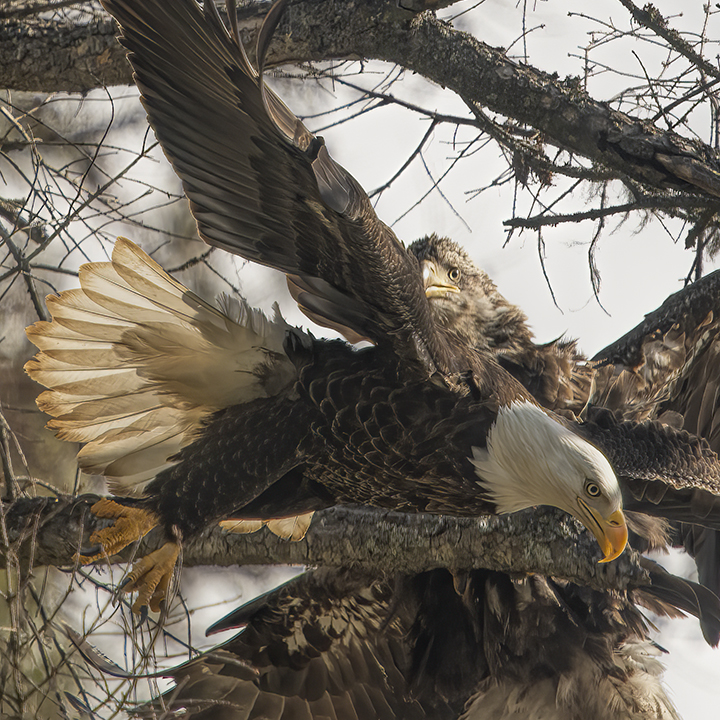 The juvenile then righted itself using its wings while the adult continued on its way empty-clawed. 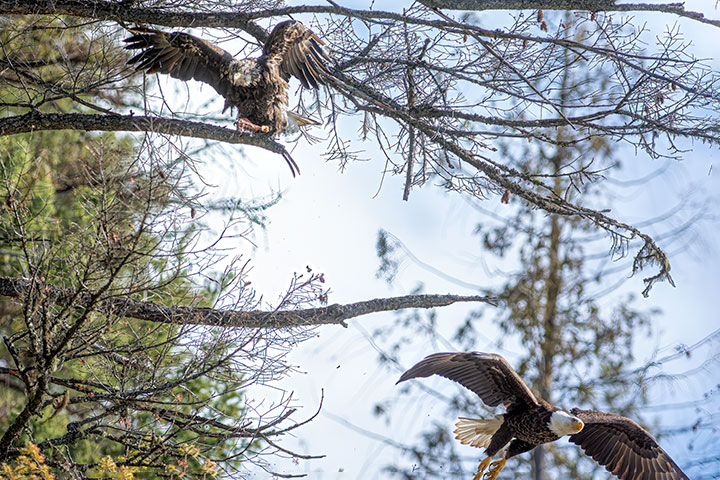 The juvenile then feasted on the remaining portion of the raven unmolested. 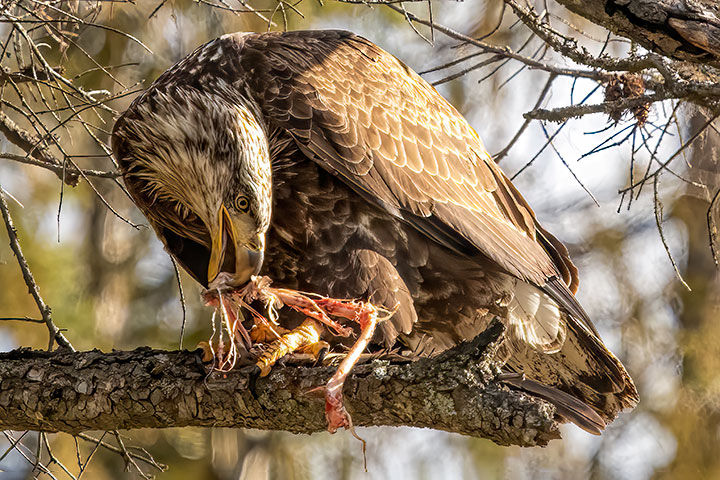