It is not everyday that one sees one, let alone three, owls. Seen were the smallest of our owls, the Northern Pygmy Owl, and the largest, two Great Horned Owls. (In fairness, the Snowy Owl is even bigger, but it is rarely seen locally, and then only when it has wandered far off course.) The owls are presented in the opposite order in which they were seen during last week’s visit to the Creston Flats.

The Pygmy Owl is unusual in both hunting during the day, and being the smallest of our owls. The eyeballs of an owl are not spherical and so cannot be rotated in their sockets. Consequently, to look around, an owl must rotate its head, something facilitated by extra neck vertebrae. A composite of two pictures taken of a pygmy sitting on a great mullein illustrates. Without turning its body, the left image shows it looking towards the camera, while the right image shows it looking the other way. The back of its head reveals two fake-eye spots. If you are small, it helps to imply you are always wary. 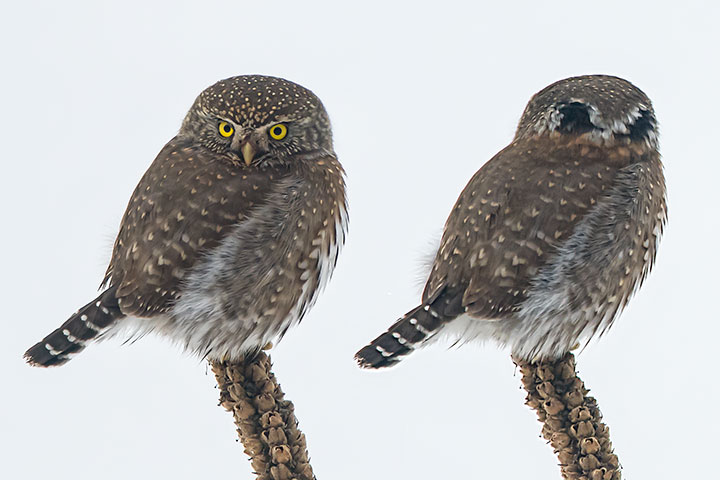 This Great Horned Owl was seen sleeping on private property, so it wasn’t possible to get closer. What is difficult to realize by comparing this picture with the previous one is the great size disparity: the Great Horned is about twenty times the weight of a Northern Pygmy. This is one big bird. 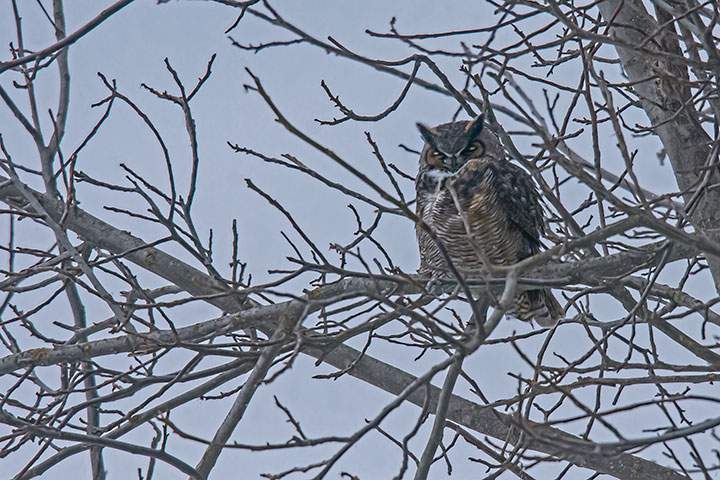 Named for both its size (great), and the feathered tufts on its head (horned), the Great Horned Owl has become a movie cliche. Despite the fact that only two species of owls hoot (the other is the Barred Owl), every spooky nighttime movie scene must include the hoots of a Great Horned Owl. 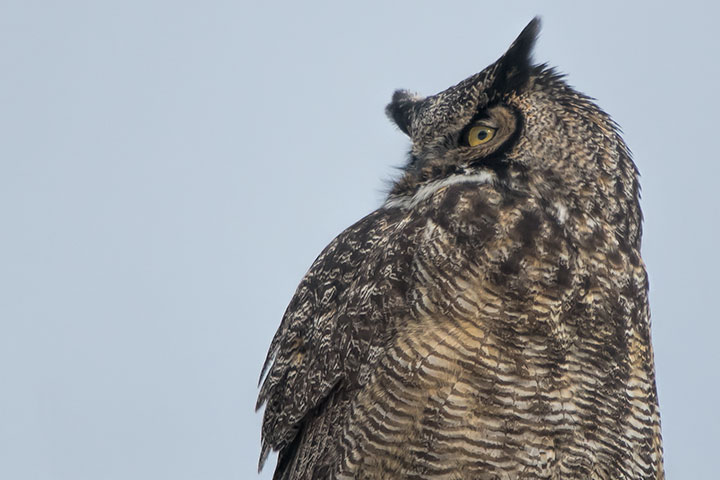 When a Great Horned Owl flies, it flattens its feathered tufts, and this reduces both drag and aerodynamic noise. When this owl flies after prey, few escape. Notably, it regularly takes skunks (it seems impervious to the smell). Germain to the present situation, it regularly attacks and eats the Rough-legged Hawk, a raptor with which it shares the Creston Flats in the winter. 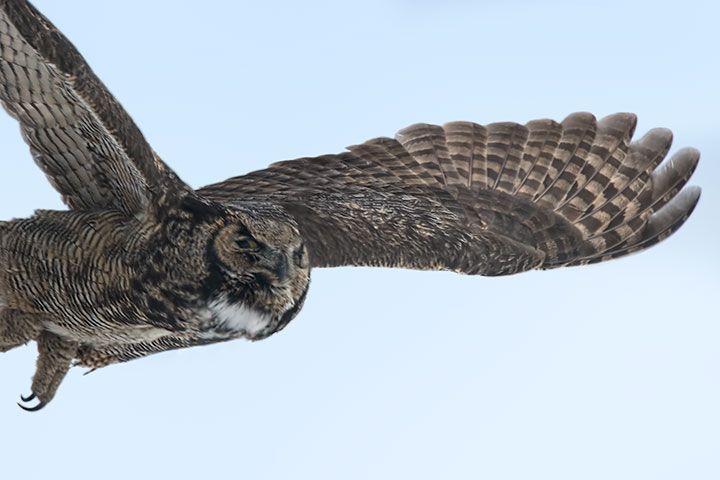 5 Responses to Owls, little and big