I was standing in the shade of a tree listening to a sound like none I had heard before: a repeated, edgy, explosive, pop. It was coming from the far side of the tree. What could it possibly be?

When I rounded the tree, the unexpected source turned out to be a meadowlark. Although the meadowlark is noted for its melodious song, this vocalization was markedly different.

This sound is called a churt, which is a coinage likely of onomatopoeic origin. Apparently the few birds that churt do so merely as a way of saying: “Here I am.” 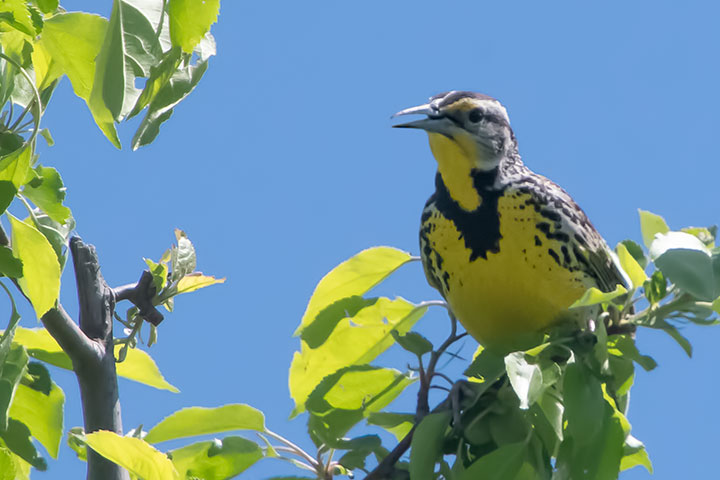