The shrike is an unusual songbird: it behaves as if it thinks it is a raptor. This behaviour has earned it the nickname of the butcher bird.

The Northern Shrike is an uncommon winter resident here, but there is a small uptick in numbers in April as birds that wintered to our south move north to breed in the arctic. Yesterday, I watched a shrike with a captured rodent at Kokanee Creek Park.

The Northern Shrike has a hooked bill, but it lacks the raptor’s claws to grasp its prey. 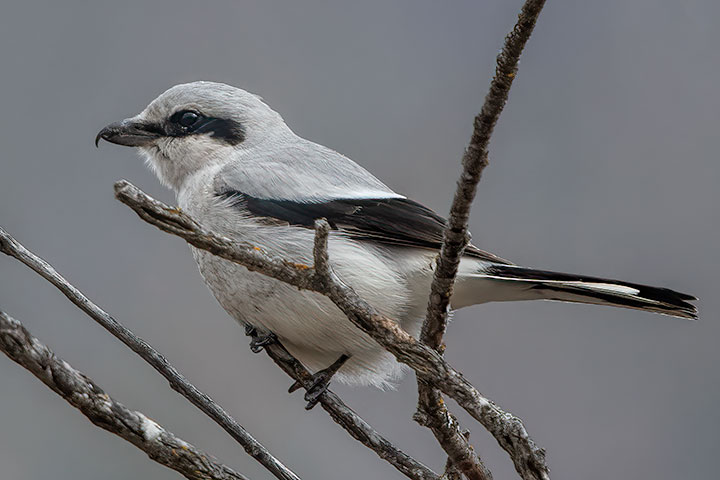 After watching its surroundings for a while, the shrike flew down to the ground and returned to a tree with a rodent. But, what was the prey: a mouse, a vole, a shrew? I cannot tell as its head was never seen. 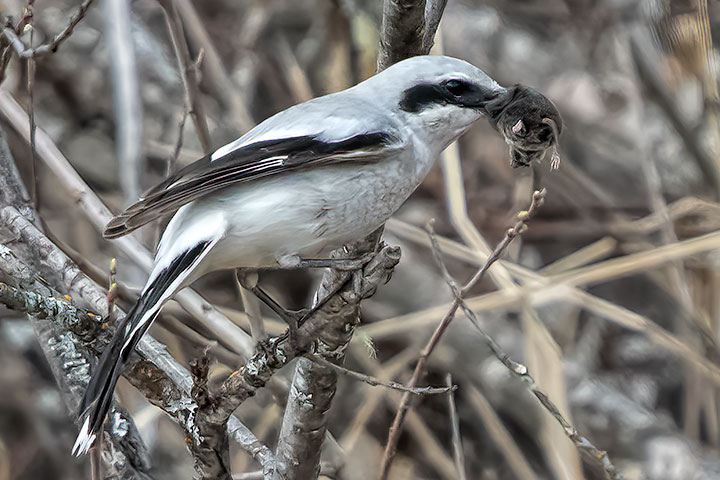 Very quickly the Northern Shrike left its temporary perch and carried its prey off into the brush. It was probably searching for a thorn on which to impale its victim. That is a way the shrike holds its meal in place as it uses its hooked bill to tear the prey apart to eat a piece at a time. 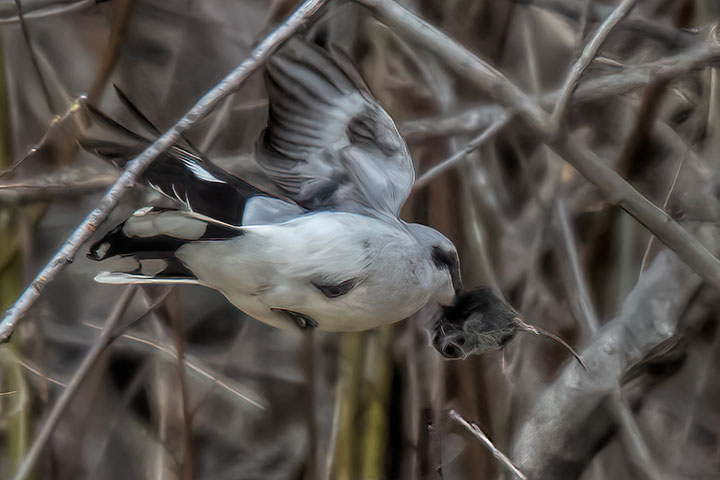