A downy, our smallest woodpecker, was flying from one tree to the next looking for things to eat, such as beetle grubs under the bark.

The Downy Woodpecker makes a visual inspection of a tree branch. 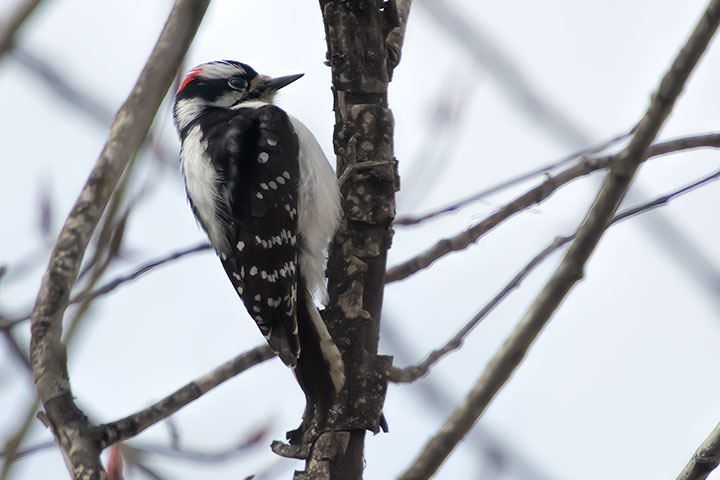 It also puts its ear to the bark to listen for the sounds of chewing within. By turning its head in this way, the downy nicely shows its the red patch on the back of its head, indicating that it is a male. 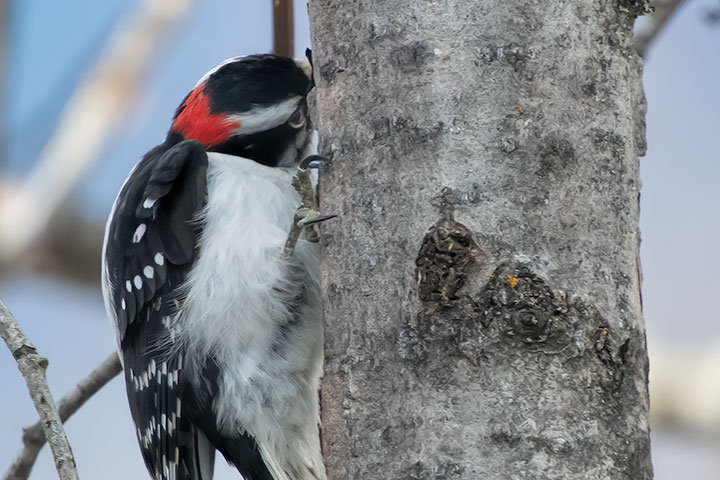 It then flew to the next tree and repeated the process. 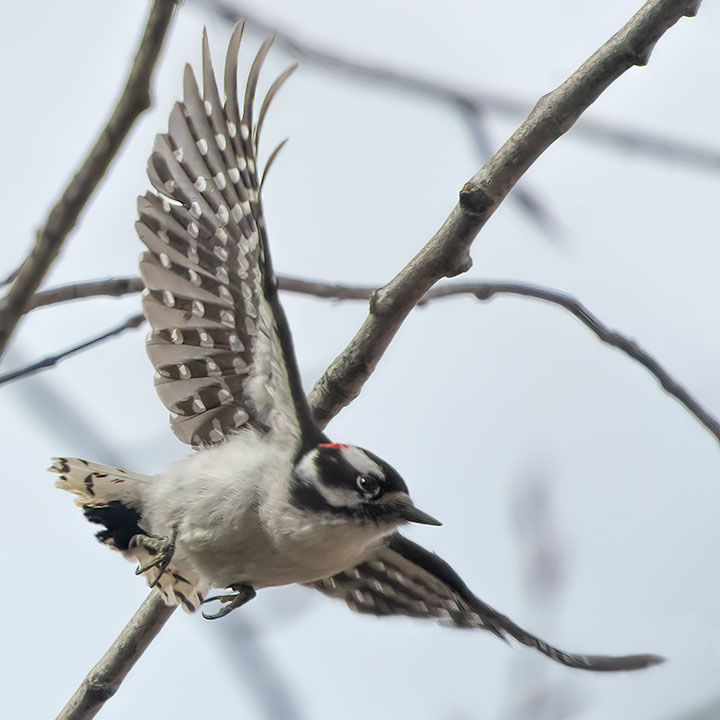