There is a dipper’s nest under a highway bridge. The nest has been featured here in other years: 2016, 2015. Over the winter, the nest was damaged, but the dippers still used it. 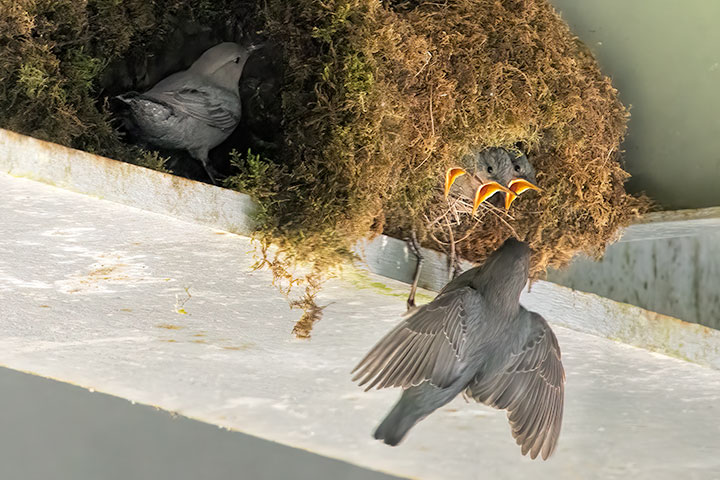 Although only three chicks were visible in the previous image, this shot shows four. 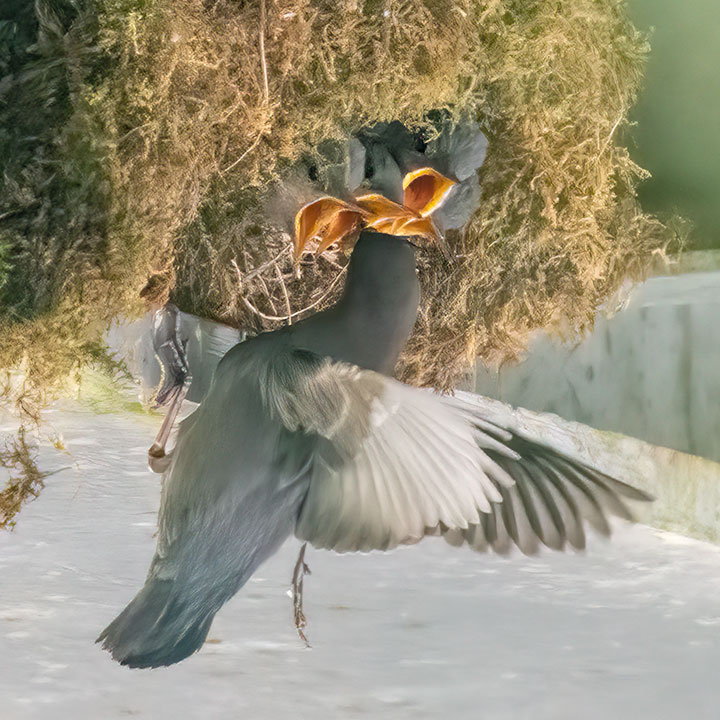