Today, I was granted observer status at a symposium of Turkey Vultures. The gathering was called on account of a cougar kill of a hapless deer. At eighteen delegates, it was the largest congregation of vultures I have witnessed, although it was reported to have been larger a day earlier.

I chose to attend the first meeting of the morning, which seemed to be a disorganized exercise in callisthenics whereby vultures preened and stretched their wings in the sunlight after a wet and cool night.

Six of eighteen vultures are seen here, five of which have wings spread to catch the sunlight. 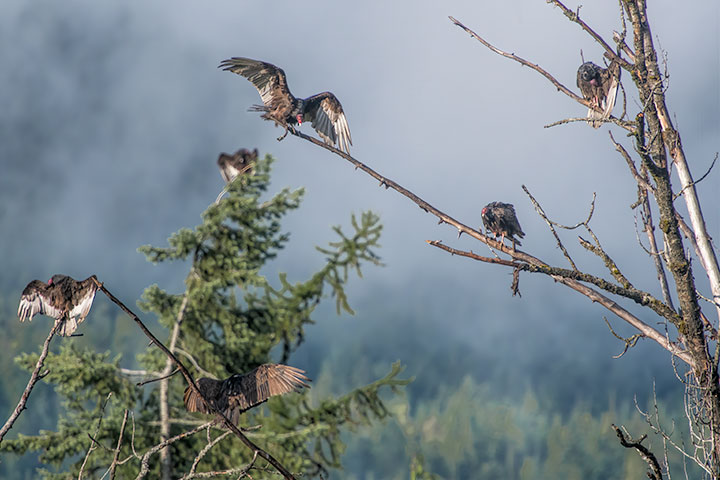 On an adjacent snag, four more vultures preened and basked in the sunlight. 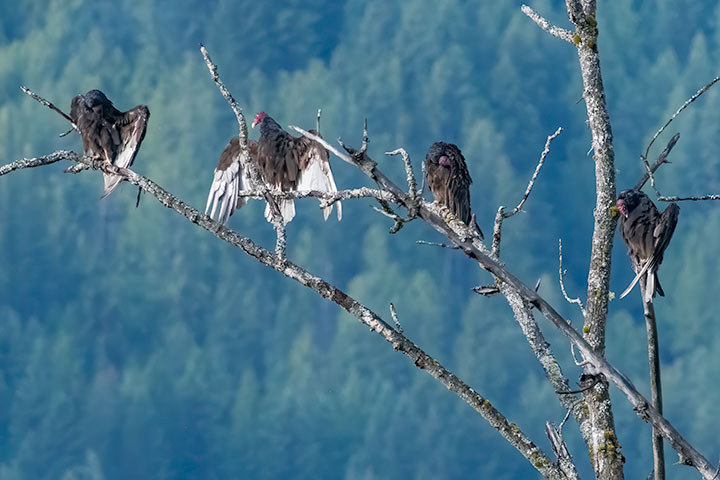 It is always a difficult decision whether to turn one’s back or front towards the sun. 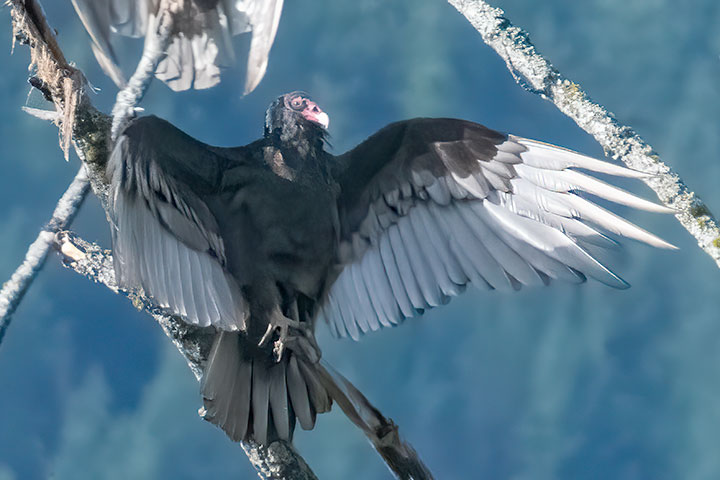