As a child, I remember chipmunks down around the lakeshore. Now, with the odd exception, I have only see them much higher in the mountains. Indeed, today’s chipmunk was foraging and feasting at about 1500 metres elevation.

A chipmunk forages on an unrecognized plant. 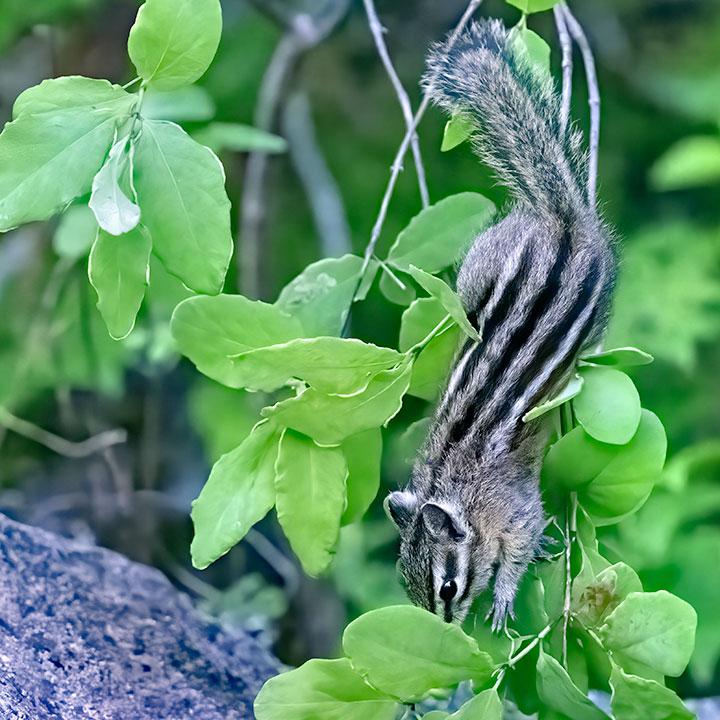 The thing about small creatures is that they are not as strongly influenced by gravity as are large creatures. Here the chipmunk casually leaps from one twig to another. 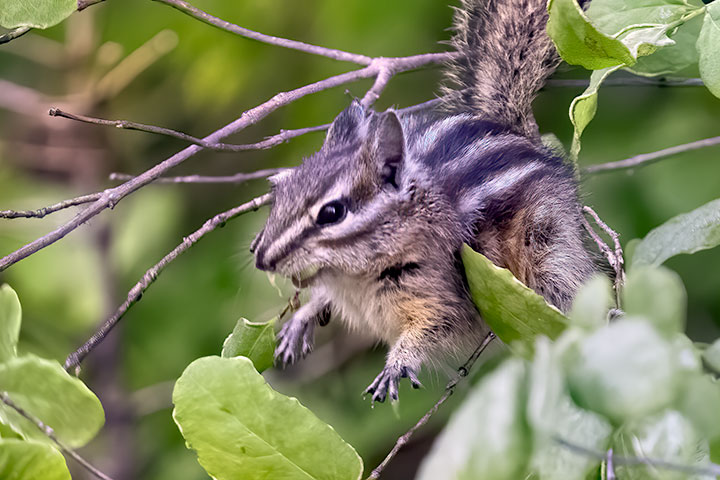 The chipmunk forages on something. Is is a seed or a leaf? 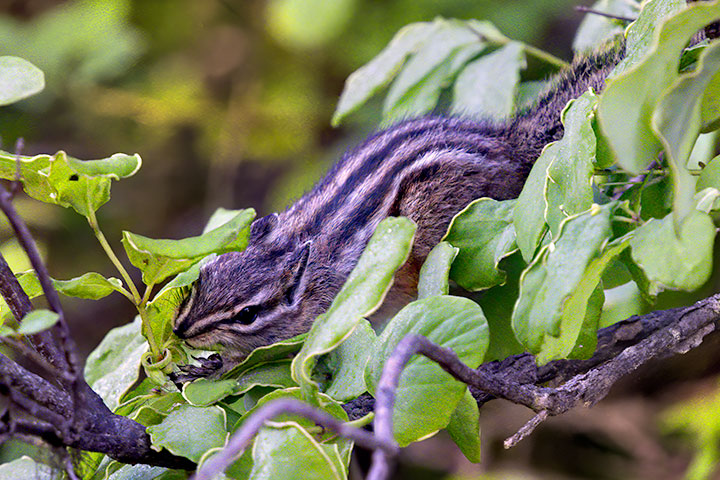 Whatever it is, it is quickly consumed. 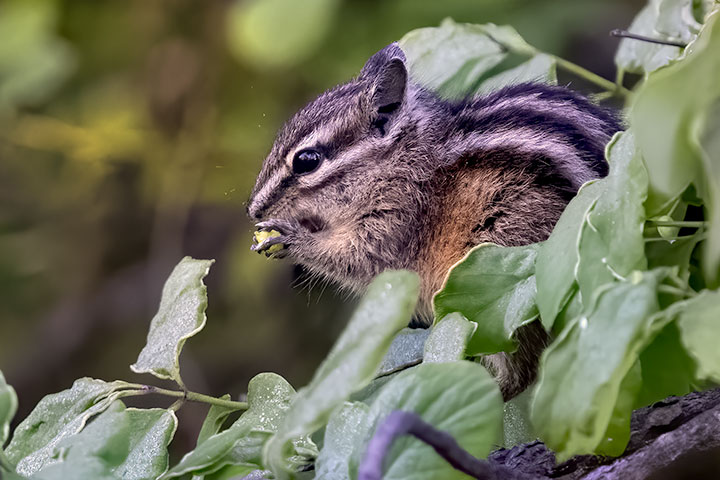