The large local flocks of Canada Geese sometimes contain surprises: vagrant species that have joined them after having wandered far from their own migrating flocks. The Canada Geese don’t seem to mind, but it is unclear how each manages to recognize the other as kin.

A juvenile Greater White-fronted Goose is feeding alongside Canada Geese. 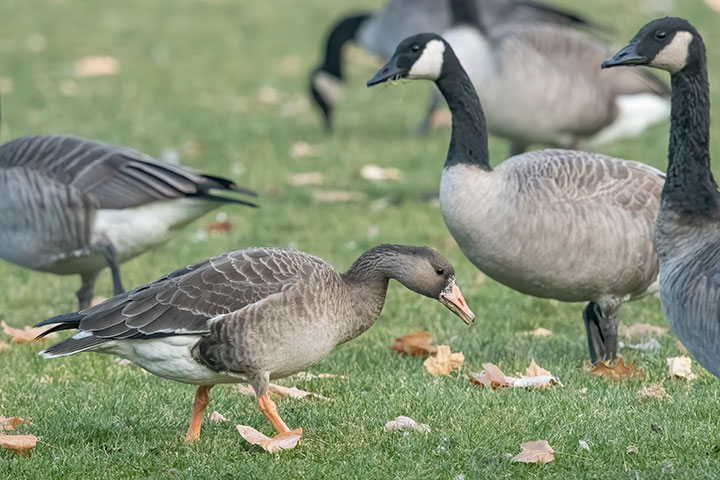 It is harder to distinguish between a Canada Goose and a Cackling Goose. They are similar, but the Cackling is smaller, and with a short neck and bill. 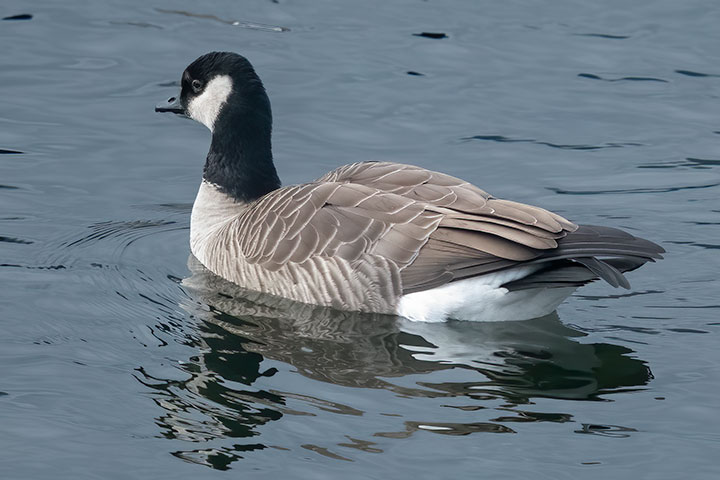