The grizzly bear has a fearsome reputation as a predator. It is earned: the bear is strong and combative. But, while it is a carnivore, most of its time is spent eating plants, often just grazing.

A grizzly sow (r.h.s.) and her two yearling cubs were grazing in a meadow. While people often suggest that grizzlies eat skunk cabbage, this family ignored them and just went for the grass. 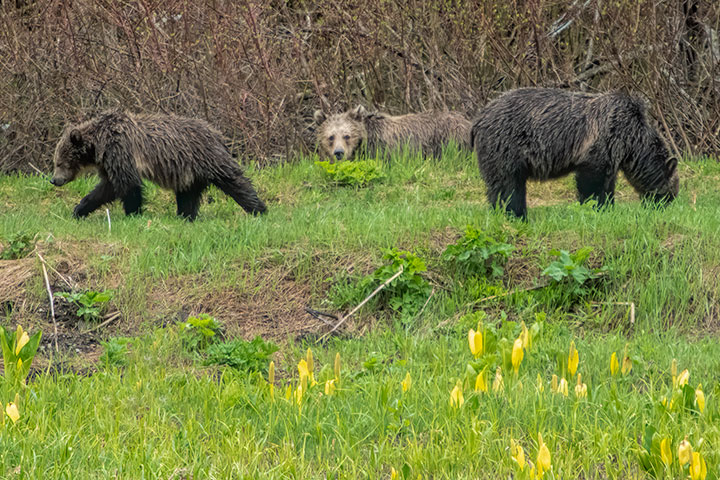 When the bear’s head was down, it was difficult to decide which plant it was eating, but when it lifted its head, the grass dangling from its jaws provided compelling evidence. 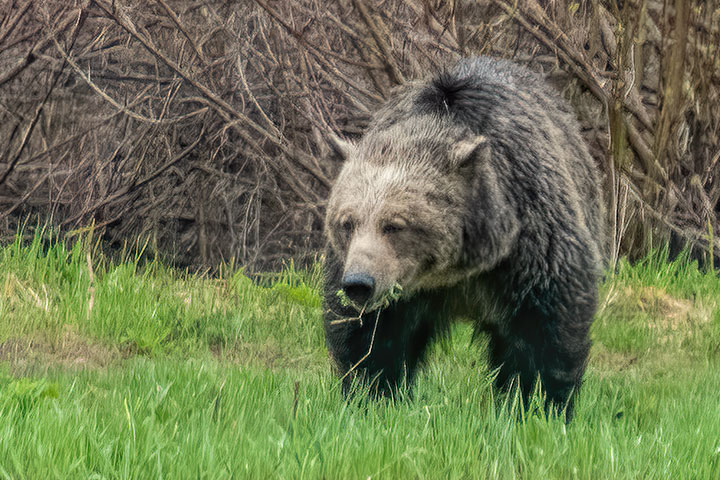 The sow is in the foreground and her (male?) cub is behind. A grizzly’s dished face profile is clear. 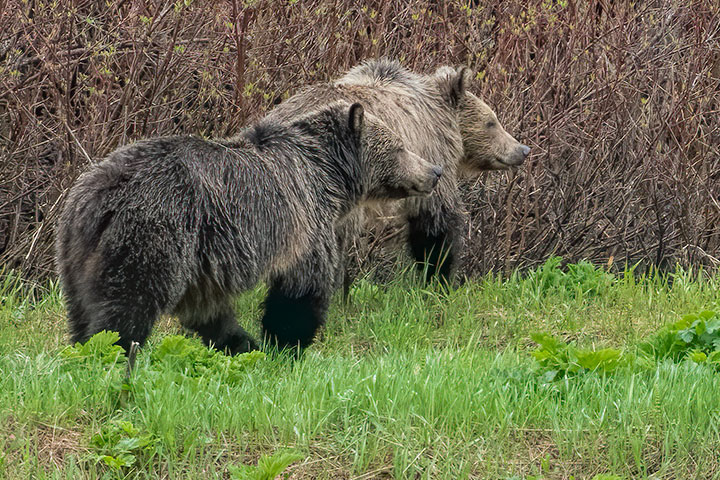 Here, it looks as if mommy is growling at something and her (female?) cub is cowering. Such is the happenstance of the shot. Actually, the sow is just chewing some grass and the cub is merely lowering its head to graze some more. 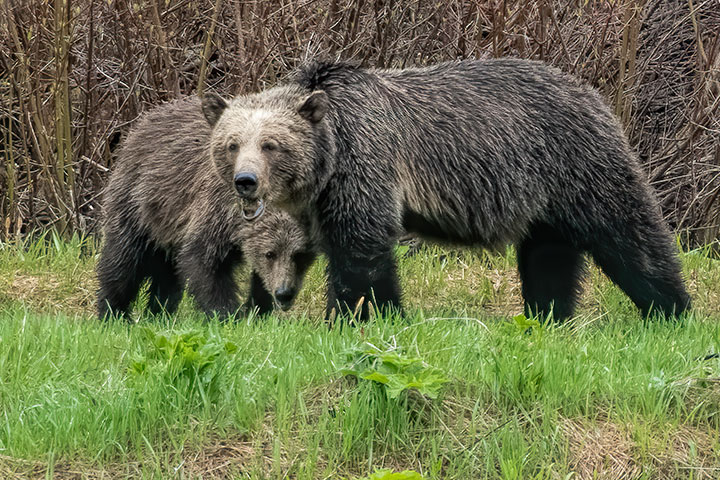