There is an osprey nest I have been casually watching. Usually a female is incubating there, but a male attends her. I have been waiting until chicks hatch and are big enough to peek over the edge of the nest.

The chicks are not yet visible, however something interesting occurred. While the female was off the nest, the male flew in with a stick to add to it. One might think that nest renovation would all have been done by this time of the year, but apparently it carries on.

A male osprey adds another stick to the couple’s nest. 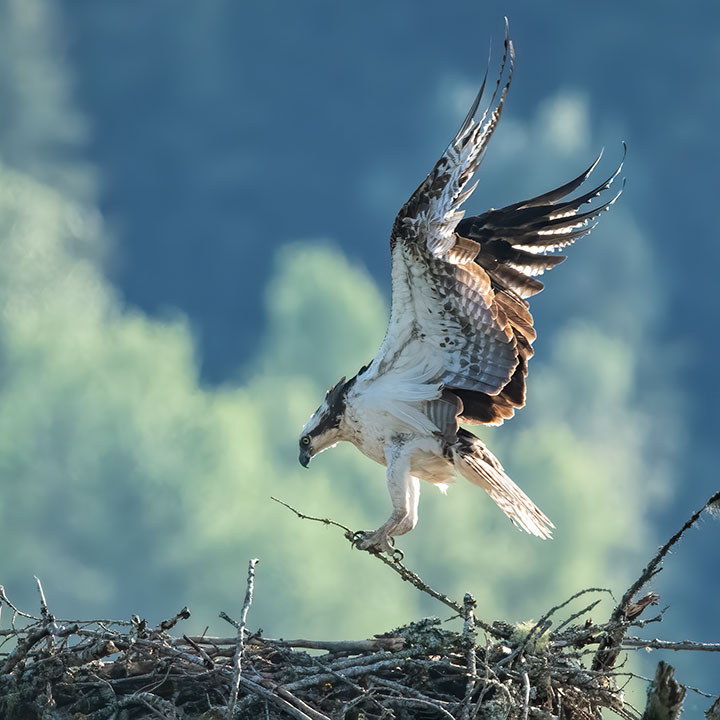