People are at pains to interpret the sounds and gestures of one another. They want to do the same for animals and feel that they do a good job making sense of the signals sent by their pets.

But, what about signals from wildlife? What is the purpose of the howl of a wolf? The penguin dance of the grebe? The spread-wing stance of the dipper? The huff of the black bear?

The communications of the loon are a particular source of fascination, in part because its calls are so evocative and beautiful. We have named four of them — wail, hoot, tremolo and yodel — and for each, a supposed message has been deduced. The loon also adopts various understood stances in its close interactions with others. So, it is not unreasonable to ask: When a loon raises its foot out of the water and waggles it, what is it signaling?

Consequently, the purpose of the waggling foot of the loon has received modest study.

It seems that the loon is communicating nothing: the bird is merely having a stretch. Chuckle.

A juvenile Common Loon waggles a foot as it drifts languidly by. Ho-hum. 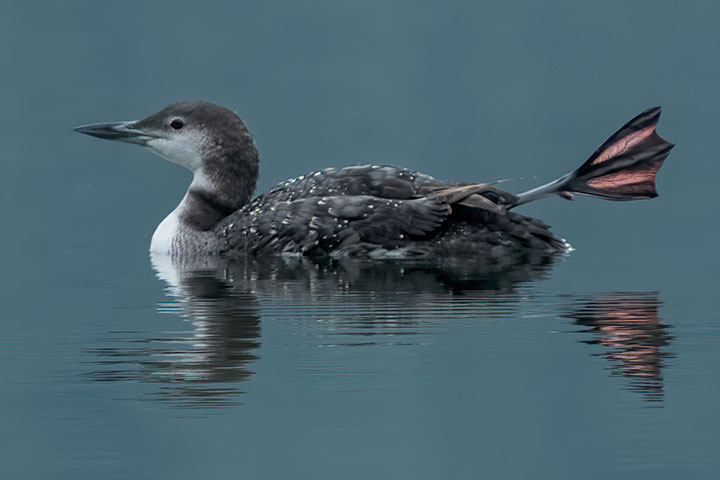