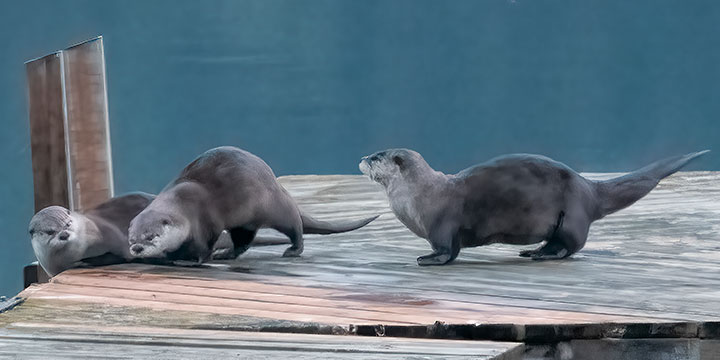 Three of the four otters that visited in late November.

That we have river otters in Kootenay Lake is irrefutable. However, they are few in number and, alas, they rarely visit. It had been many months without seeing them when they stopped by in late November. That was that. I expected to not see them again for many months.

However, in the remarkably low light of a predawn snowstorm this morning, one otter appeared on the dock. Why it was there soon became evident: play. It raced along the dock, dropped its head and body and pushed off so as to slide across the snow-covered surface. It dawned on me that an otter has remarkably few opportunities to play this sliding game. Most of the time, surfaces are just too rough to enable even a thin layer of snow to allow playful sliding. However, even a thin surface of snow on the nearly smooth surface of a dock is ideal. In this way, otters seemed to have welcomed the presence of humans into their domain. 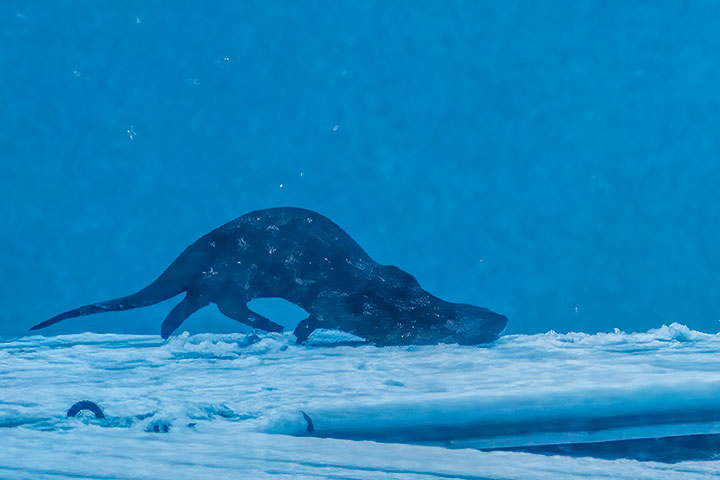 Soon, the one otter was joined by three others. They slid, they frolicked and just played. 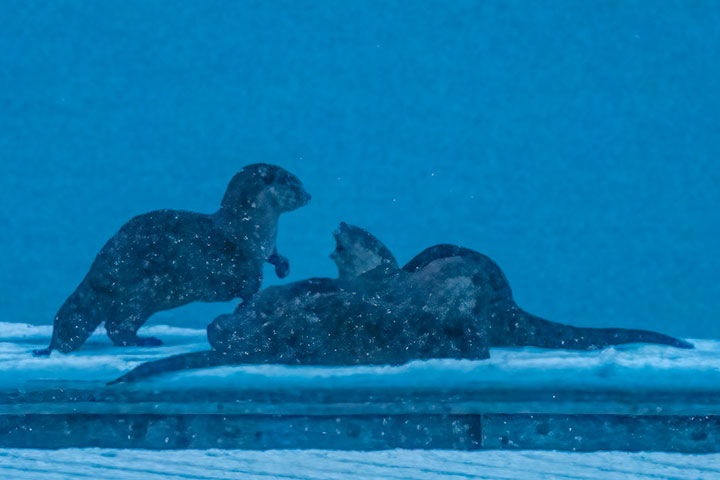 Then, a fifth otter turned up, but it brought along a fish (a sucker). Now, this breakfast treat really did distract the other four from their games. 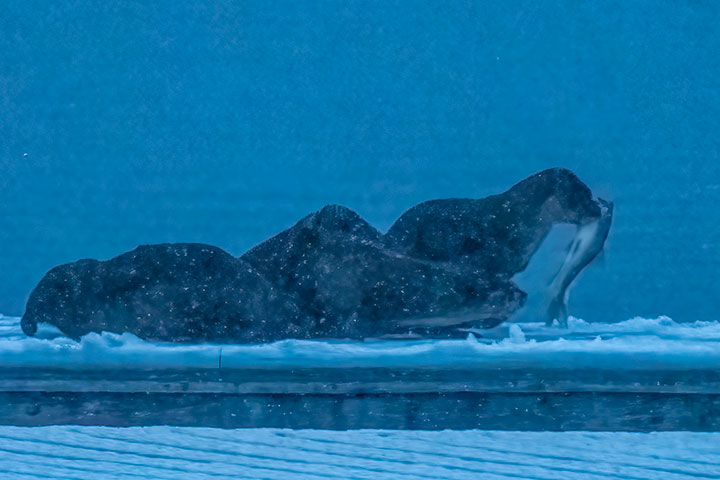 At this point, the thought of having breakfast dominated and all the otters abandoned their play to go and search for fish. Yet, my favourite part of this romp was the otters running along the dock and sliding in the snow. 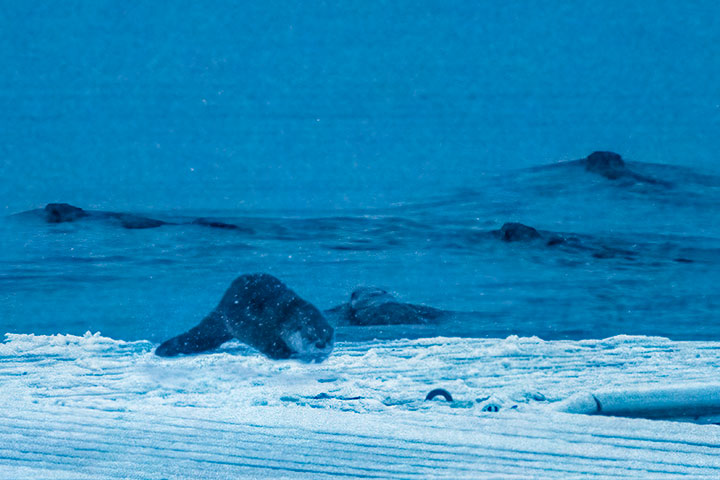