Last November, I received an enquiry about dippers from the production crew of a nature film:

…it is quite surprising to see a bird which is not a penguin swimming under ice! Do you think that there are any locations where dippers frequently swim under ice?

The enquiry came about because of an essay I had written about dippers and ice. I responded with information about our local dippers, but noted:

I have never seen a dipper swim under border ice. Of course, they might have done so, but, unlike penguins (which I have watched in Antartica) this does not seem to be a behavioural characteristic of dippers. Predicating a filming mission upon dippers swimming below ice does seem to be a bit of a stretch.

And that was that.

Yesterday, I was watching a male Common Goldeneye foraging in a bay. As does the dipper (which is a songbird, not a duck), goldeneyes hunt underwater where they capture and eat, among other things, aquatic arthropods. While this male did forage in the open water of the bay, it repeatedly swam under the border ice, sometimes returning with a comestible.

I have no idea what the goldeneye found so appealing under the ice. (Maybe it was influenced by a just-watched nature film about penguins.)

The male Common Goldeneye heads across the open water of the bay and towards the border ice. 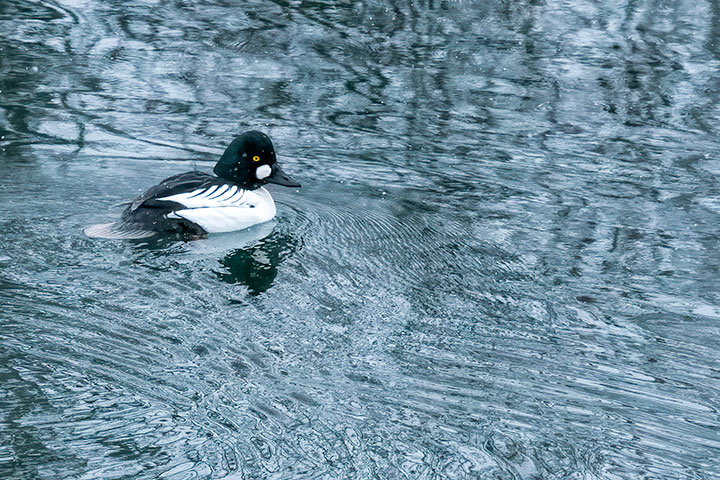 Upon reaching the ice, the duck dived under it. 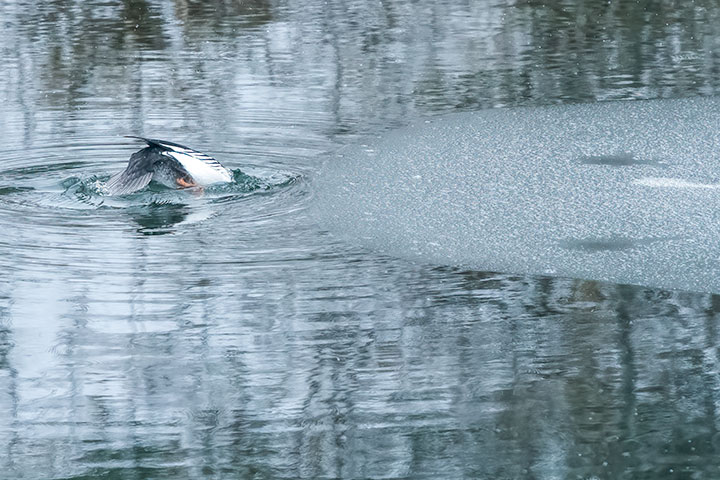 Surfacing again at the ice’s edge with something in its bill, the goldeneye promptly swallowed it. The duck then foraged under the ice a few times more. 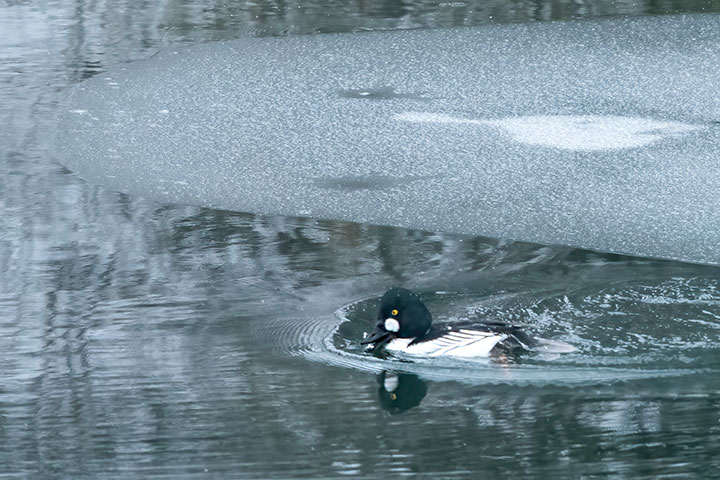 4 Responses to Foraging under ice