Three months ago, I posted Antler rhythms, a discussion with pictures of the white-tailed deer’s annual cycle of: antler buds, velvet covered growth, hardening and loss of velvet, and antler loss. Concluding it was a picture of a buck showing the recent scar of a shed antler. A few days ago. three bucks visited, each showed fresh antler buds. The cycle begins again, and Cynthia Fraser recorded it.

A young buck bends down to graze and reveals its antler buds. 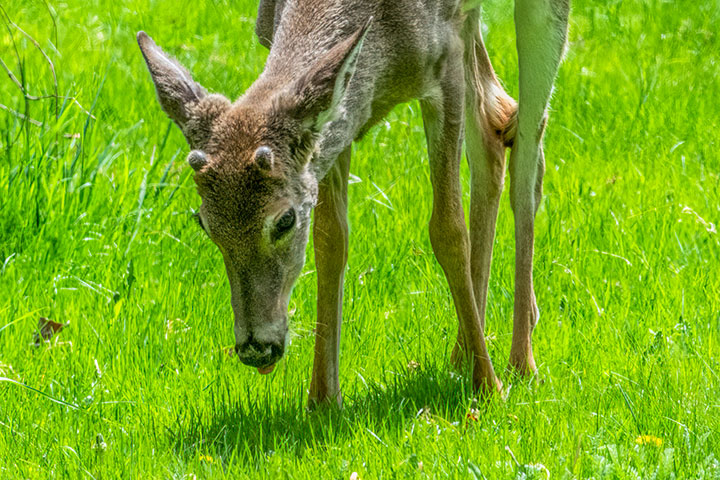 Indeed, there were three buddies each with antler buds. 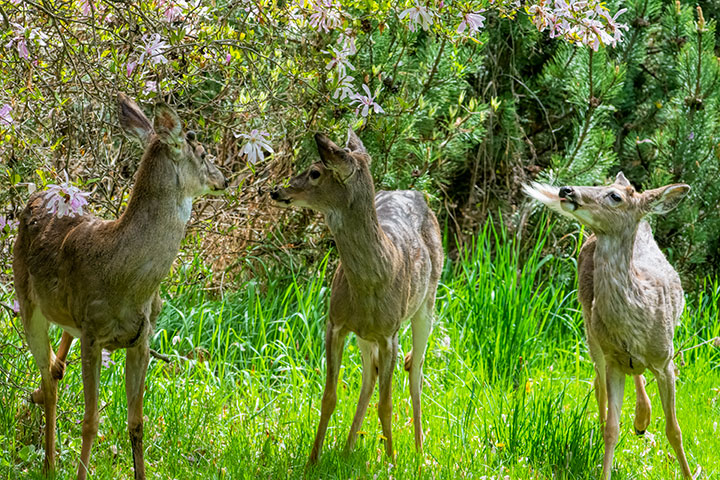 Deer are a skittish lot and something spooked them. 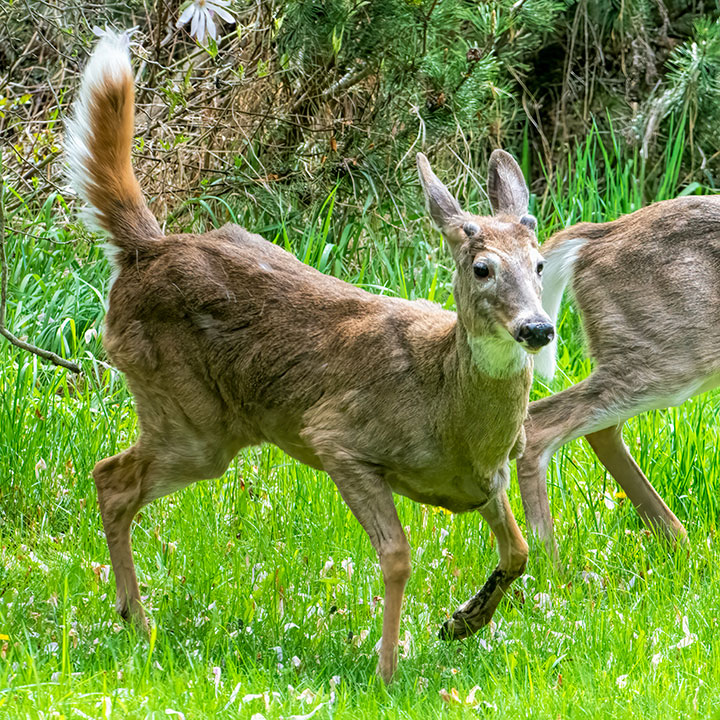 With white tails raised, off they go. 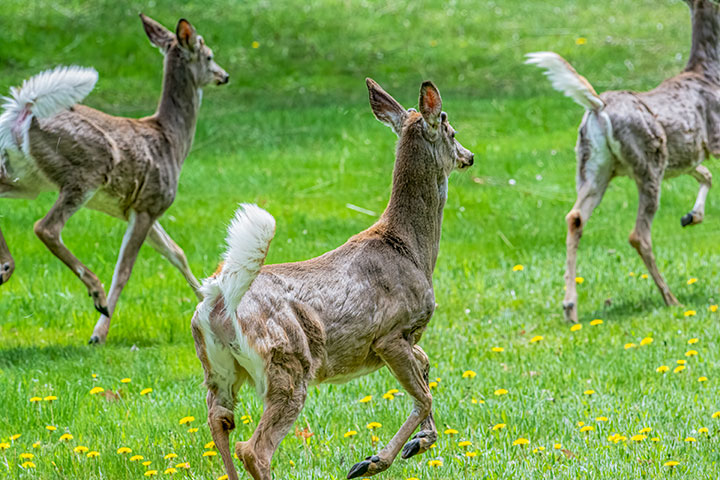 5 Responses to Buddies with buds