As wildlife contortionists go, few exceed the twists of the heron when it preens. It preens to repair its feathers and spread waterproofing oil on them.

The Great Blue Heron hunts for fish in Kootenay Lake year round. However, its numbers are greater in warm months. Further, its plumage evolves from juvenile to adult and from non-breeding to breeding season. The heron seen yesterday was an adult in its breeding plumage.

The white crown and black pigtail show this heron to be an adult. The orangish upper mandible and shaggy plumes on neck and back show it to be in its breeding plumage. 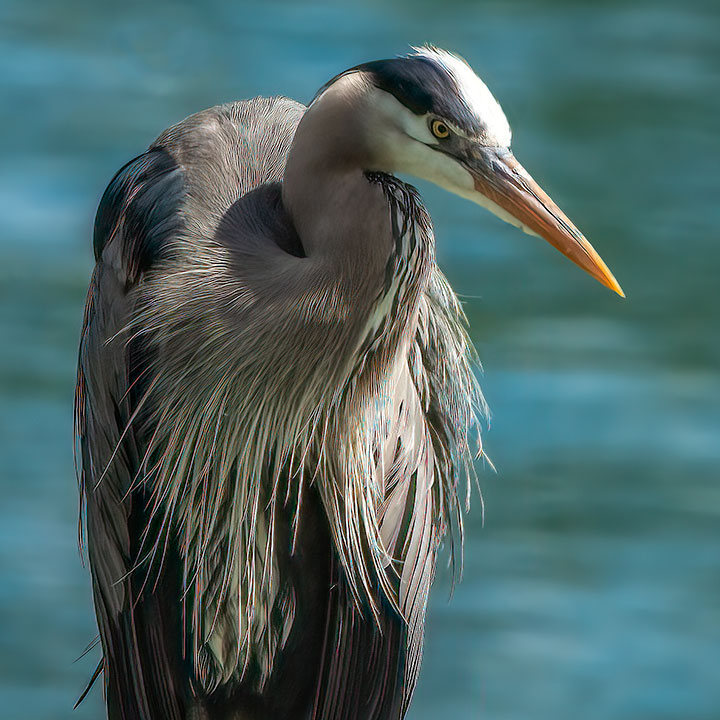 The heron seems to be acquiring oil from its preen gland on the base of its back. The oil is used to waterproof its feathers. The bird’s two shaggy plumes are clearly visible here. 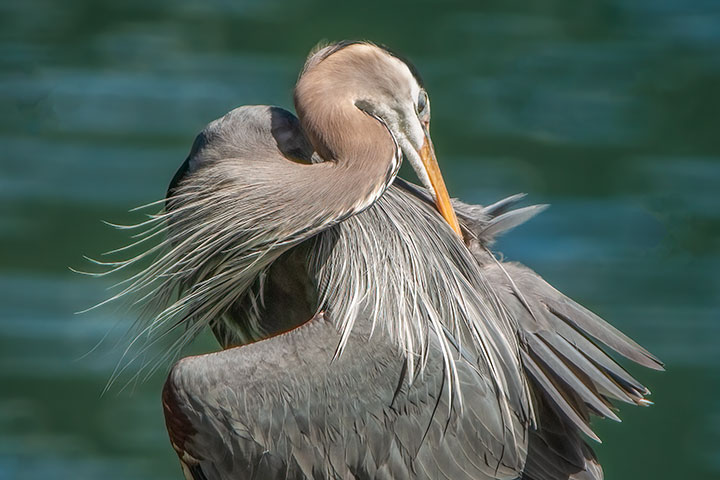 The bill is used to preen most of its feathers. 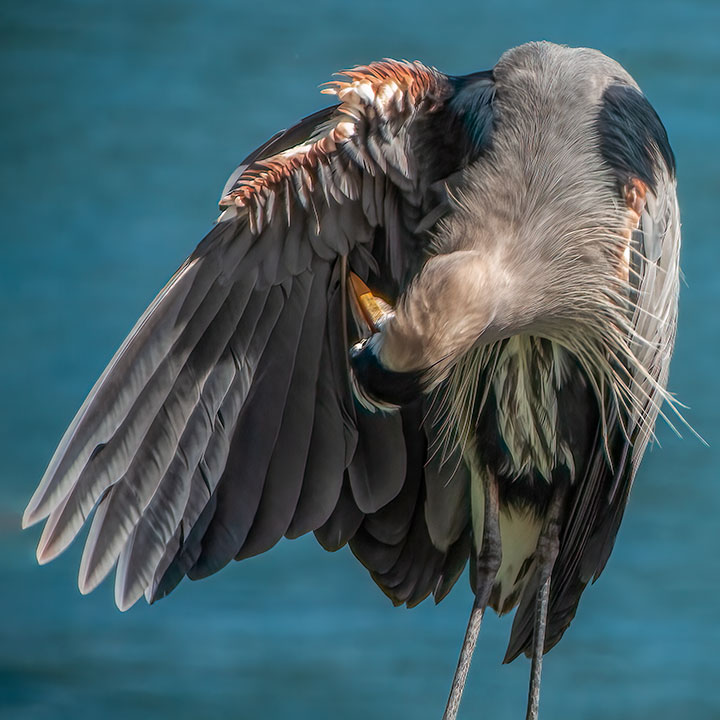 However, the bill cannot be used to preen the feathers of the head, so a foot is employed. 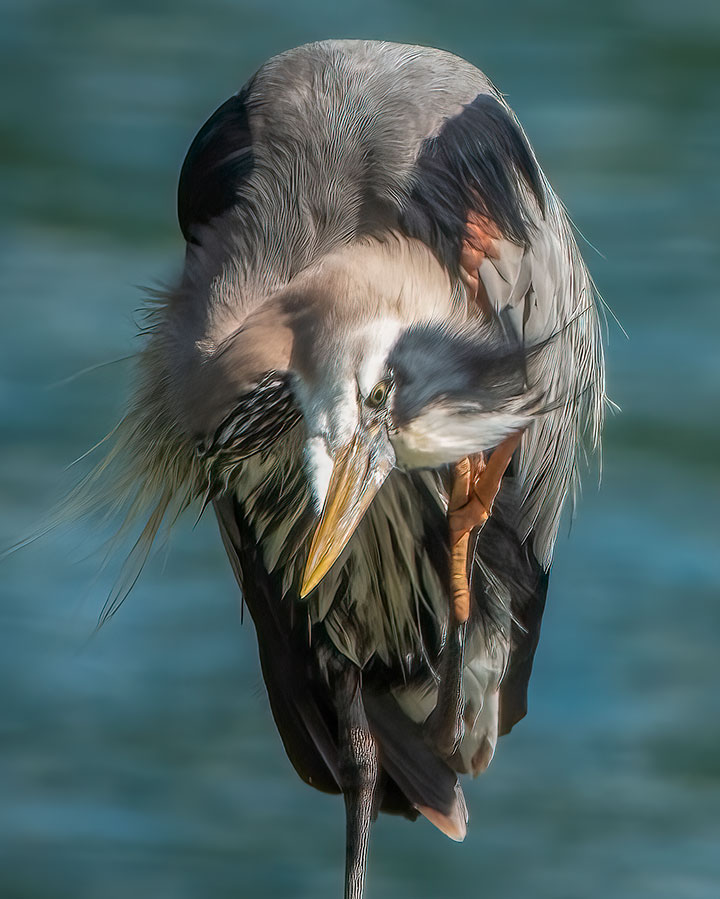