The Northern Pygmy Owl is an inconspicuous little owl — at least it is for much of the year. It resides in the uplands where its small size makes it difficult to be found amidst the vastness of all the foliage.

For a few months in the winter, it might come to the valley bottom where it perches atop trees or on well exposed branches. The key word is might. Some winters it is evident, some it is not. Mind you, it is only about the size of one’s fist, but it is readily visible and not easily spooked by humans.

This picture was purposely not cropped closely to show that despite its diminutive size, it is easily spotted among the bare branches. Further, it has no particular difficulty in being around people. 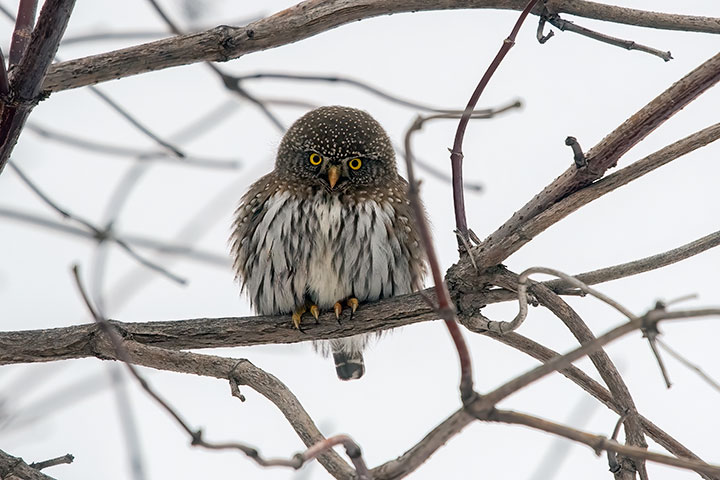 This rather odd picture needs an explanation. The pygmy owl has lowered its head as it looks for the antics of some tasty voles below. We see the top of its head and the two fake eyespots on the back of its head. 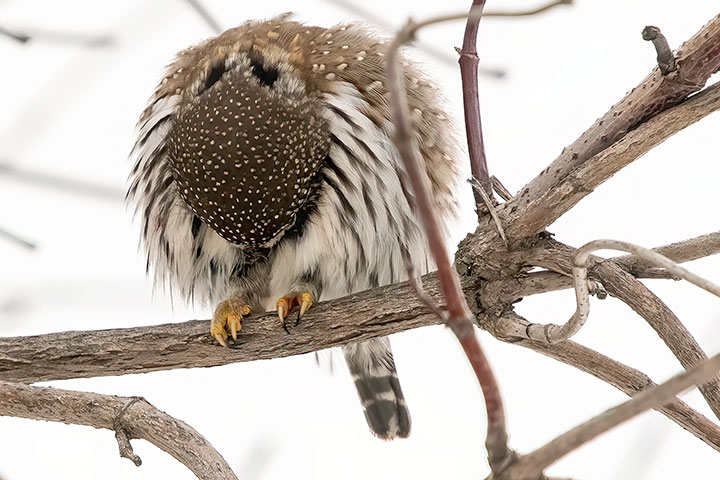 However, the pride of place goes to this larger-than-life shot of the pygmy owl scratching under its chin. Not only is its claw raised, but its eyes have been covered by the nictitating membrane, a translucent third eyelid present in some animals. 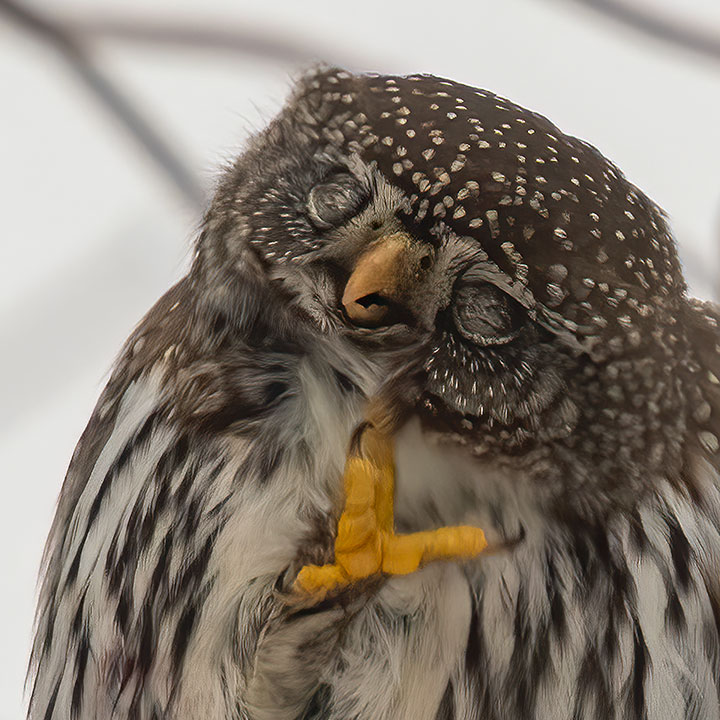