The mating technique of these toads is called amplexus. Amplexus (Latin for embrace) is a type of external fertilization in which a male grasps a female with his front legs and fertilizes the eggs as they are released from her body.

Three couples couple. Each male has grasped a female from above. 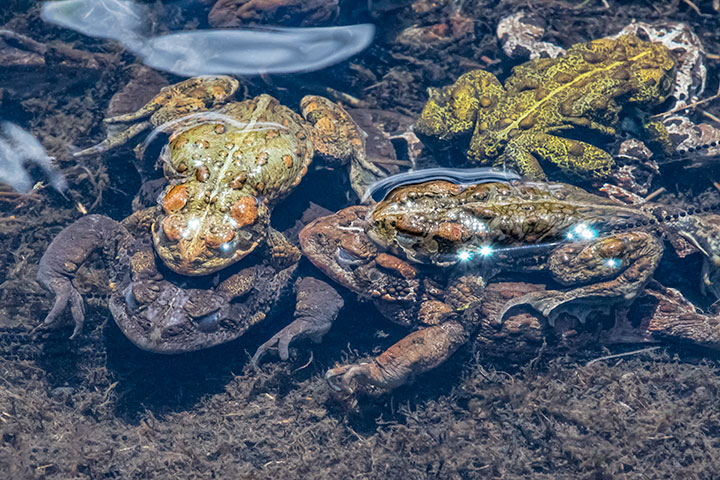 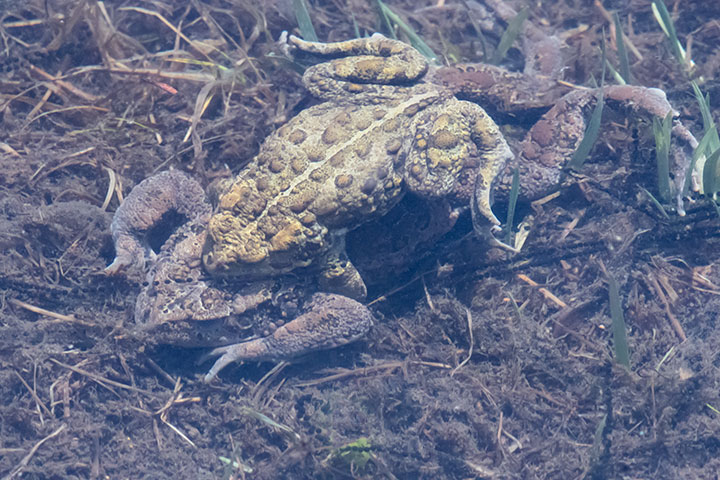 Sometimes it takes place mainly out of water. 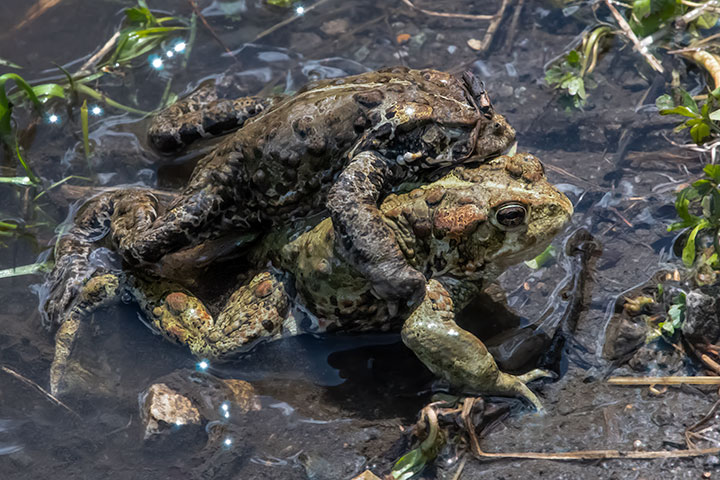 And sometimes, it is a bit of each. 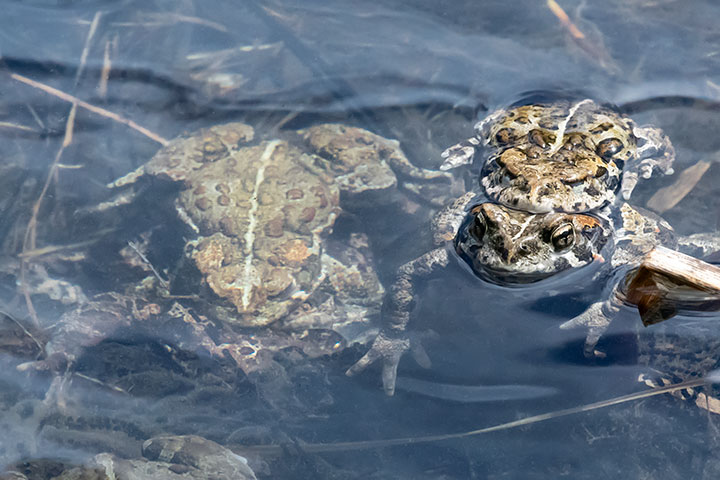 Strings of eggs can be seen extending from the mating couple. 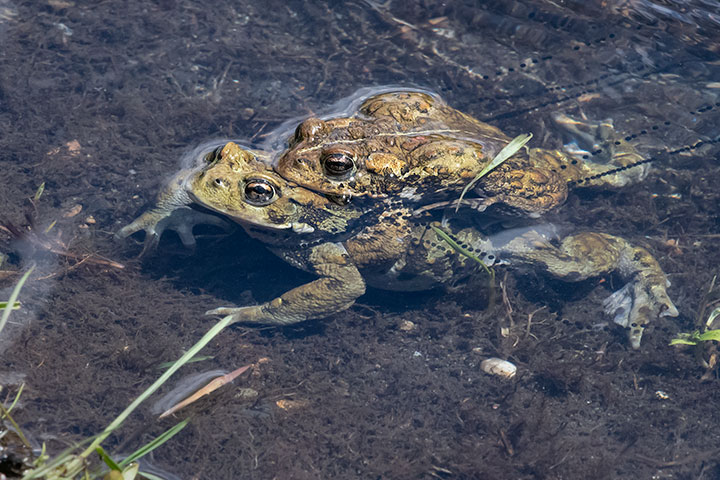 It seems that there is often conflict. Here is an idyllic scene, but… 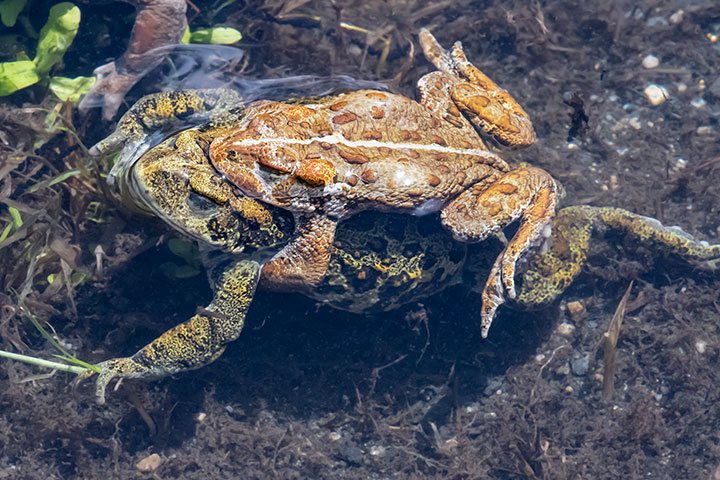 when an interloper tries to take the male’s place, it is kicked away. 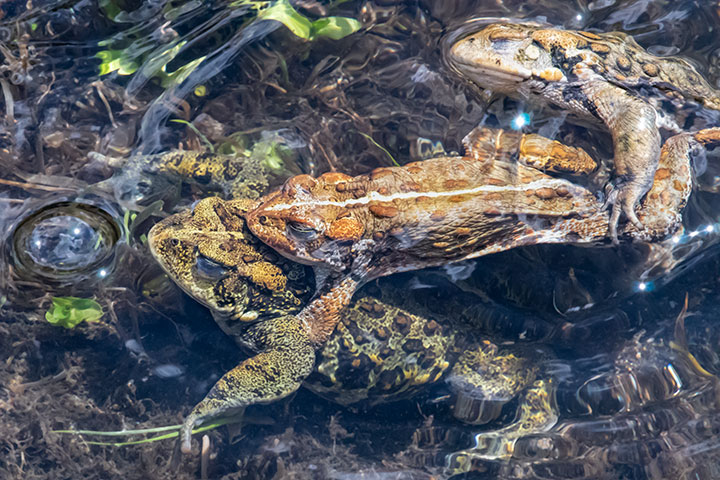 There are two mating couples here. 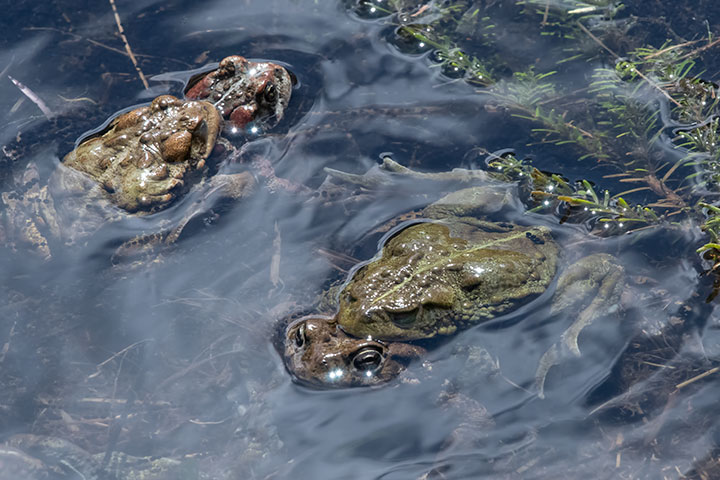 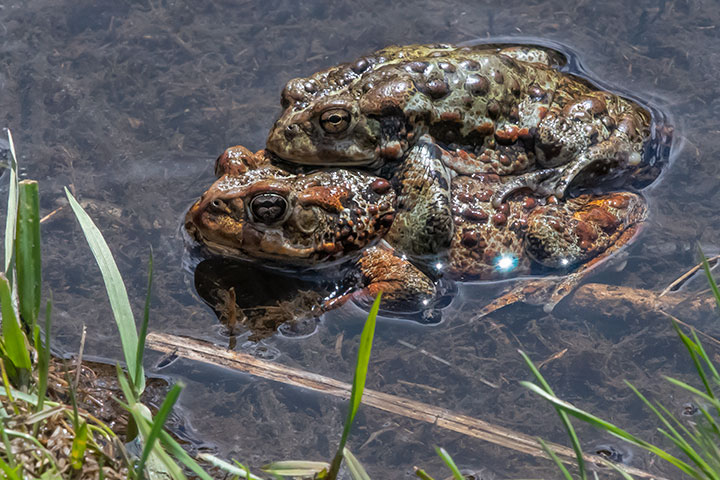 This entry was posted in herptiles. Bookmark the permalink.