Saturday began with observations of two aerial dogfights between Ospreys and Bald Eagles. This is the season when Ospreys capture fish and bring them to their nests to feed both mates and chicks. As Ospreys are the better fishers, Eagles often try the easy route of stealing a catch, either in the air or from an unguarded nest. Although Ospreys sometimes lose the contest, they always put up a vigorous defence.

As observations of dogfights started the day, it seemed opportune to wander past osprey nests to watch for dogfights, to see if chicks are now poking their heads up, or just to enjoy this magnificent bird. The day brought many scenes along with three more dogfights, only one of which was close enough for decent pictures.

A male Osprey lands at its nest as a female looks on. There is no apparent sign of a chick. 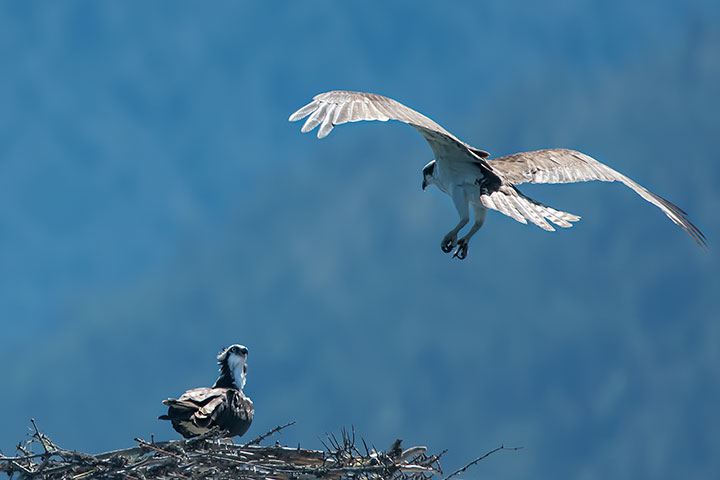 Finally there was a nest where a chick’s head poked up as it looked at mommy. 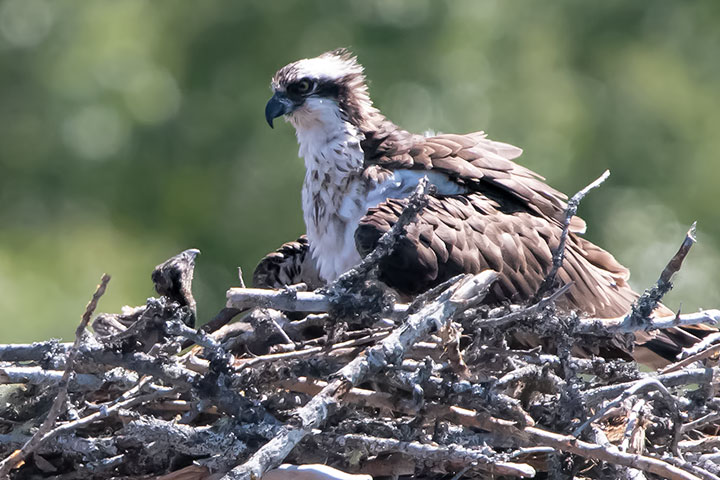 A curious aspect of watching an osprey nest is the occasional sighting of a bird that has been banded. This band (insert) seems to say top: BAND, middle: 12, bottom: U8 USA. A few years ago, I wondered if a photographed band was worth reporting. Alas, the system seems to have been designed to record only the complete band of dead or captured birds, not the partial band of a bird in the wild. 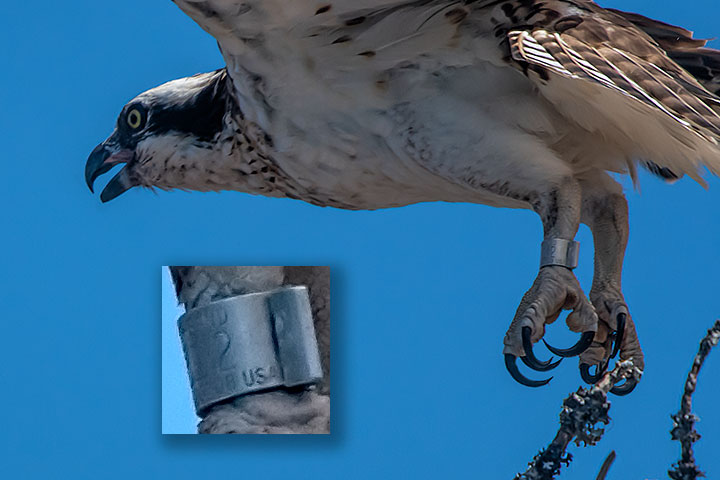 There is something grand about the sight of an osprey landing on its nest. 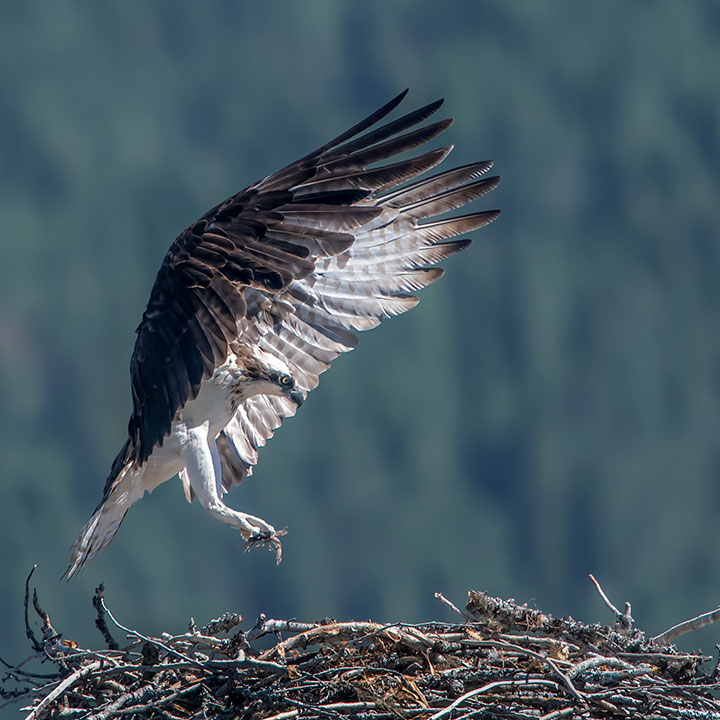 This adult Bald Eagle passed overhead without bothering an Osprey. 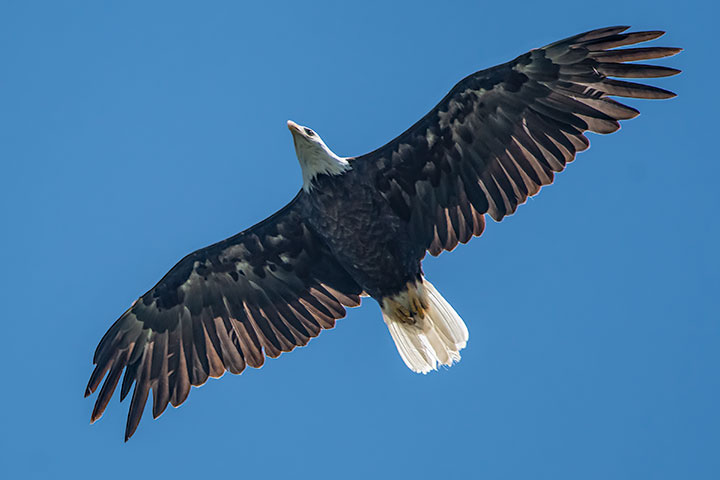 Finally, one dogfight took place close enough for a satisfactory picture. The fight was between a juvenile Bald Eagle (in its second year) and an experienced eagle-fighting female Osprey. I have seen her many times before and she is at least six years old and probably much more. In the end, the inexperienced thief was driven off and the victor returned to her nest. 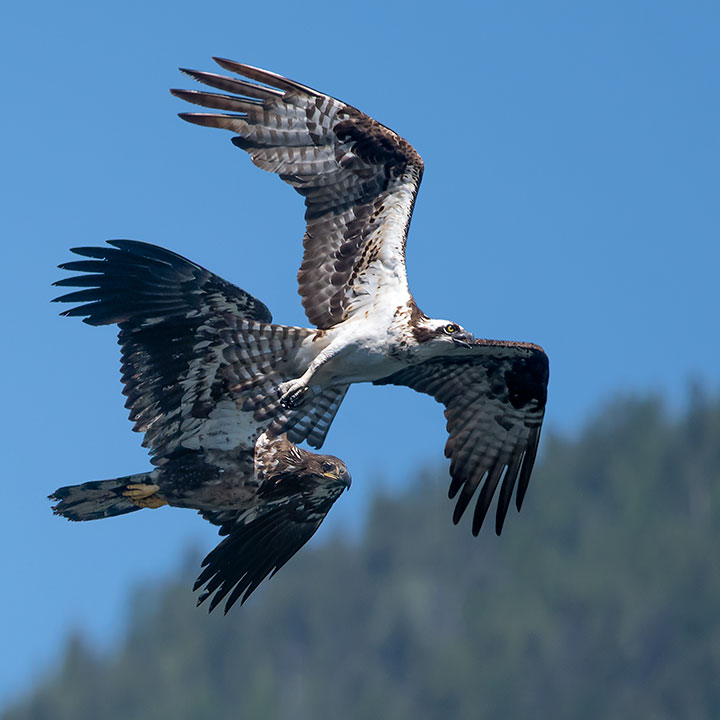