After a week or so’s absence, Mountain Bluebirds reappeared at Kokanee Creek Park. While they do breed around here, I suspect that the departures have to do with those birds that were stopping by on their way to breed farther north. Mountain Bluebirds are the more common of our two bluebird species. The other one is the Western Bluebird.

A female Mountain Bluebird eyes the grasslands as it hunts from a red-osier shrub. 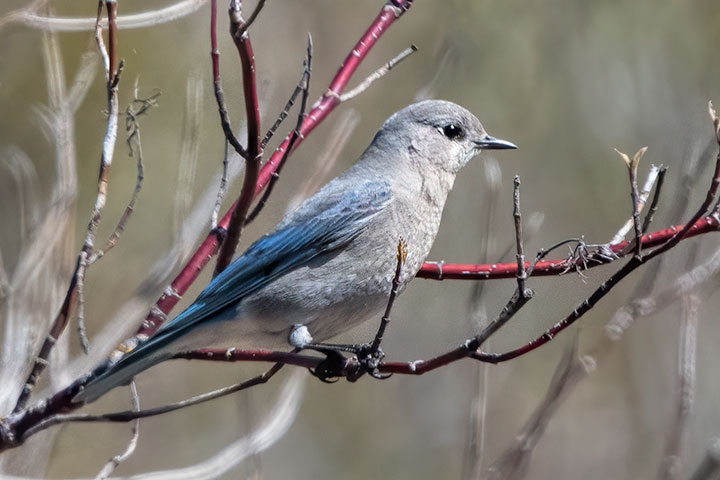 A male Mountain Bluebird similarly eyes the ground for comestibles. He proves successful. 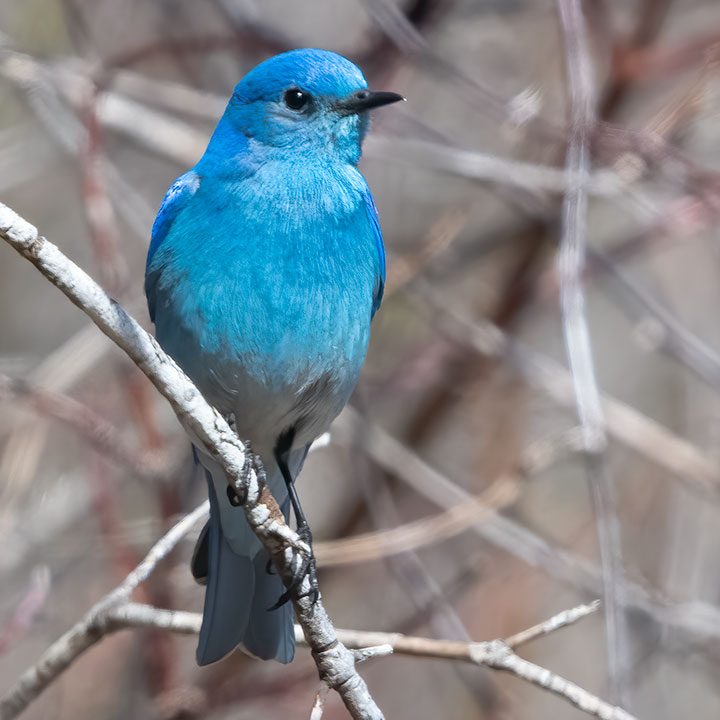 The male descends to the ground and returns with a grub (my first recording of such a capture). 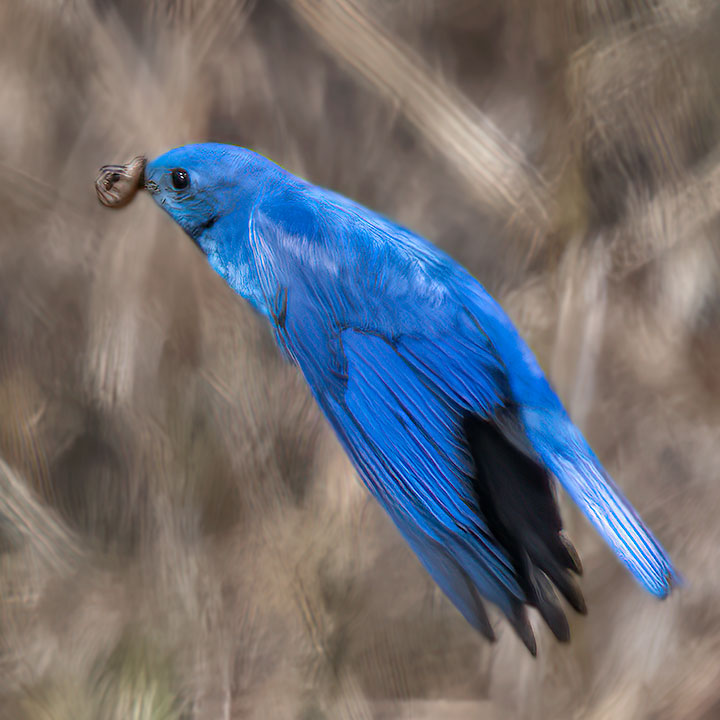