A year ago, I watched two ospreys soaring over the land well away from the water. This struck me as odd. It is normal for an osprey to soar over the lake where it hunts for fish. But, why were they behaving this way over a forest?

Two days ago, I watched the same behaviour. Even though the water was hundreds of metres away, two ospreys circled each other in a threatening manner. Again, it was unusual.

Then yesterday at the same location, I watched it again, but this time six ospreys took part in the fray, the focus of which seemed to be a nest occupied by a female. Were the males vying for access to her? When I subsequently looked at the pictures I took, it turned out that she was an active participant in the ruckus.

Was she the object of all the attention, or was this a competition for the nest itself? Who knows?

Two ospreys have just had a mutually threatening flyby. That they were combative is evident by the extended legs and poised claws. The female is on the left and one of the males is on the right.

These are the original stakeholders. It seems to be the same female as in the previous picture. 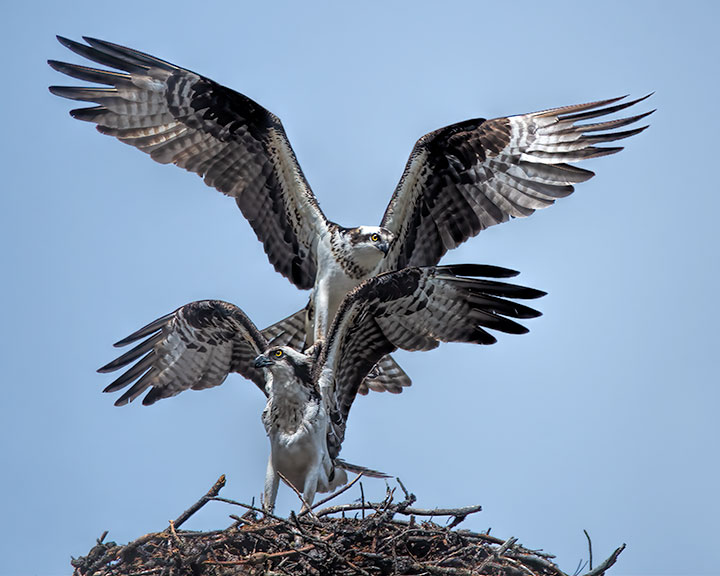