The mule deer is not seen as often at the valley bottoms as is the white-tailed deer. Among its distinguishing features are its largish ears (after which it is named), and a white black-tipped rope-like tail.

The mule deer is also the only local animal that stots.

Stotting is a travelling gait (e.g., walking, trotting, galloping) in which the animal moves forward by leaping into the air with four stiff legs. It seems to be a response to seeing a perceived predator and says: I see you, so you lack the advantage of surprise.

Two mule deer were standing on the edge of a forest when one of them started stotting. 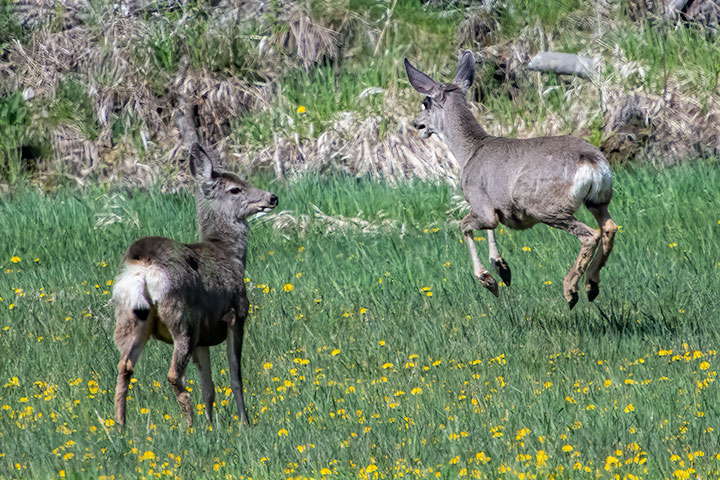 After a brief pause, it stotted again, this time leaping higher. 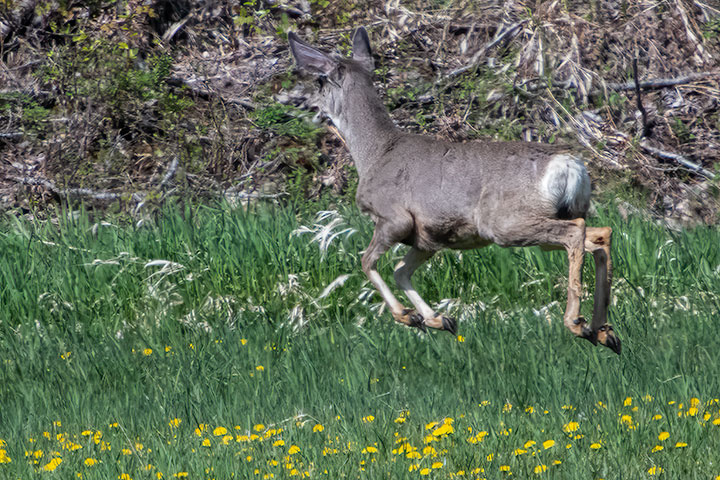