I went for the beaver; I stayed for the muskrat.

Beavers and muskrats are known to share lodges carved into the bank of a stream or lake. It seems that they not only tolerate each another, but even share duties. I had gone to visit the beavers, and two of them were present, but distant. However, also emerging from the lodge was a muskrat. It proved more interesting, and not just because it came close to where I was sitting along the shore. Indeed, it will require a second posting to show some of its antics.

A muskrat came out of the (beaver) lodge in the early morning light and swam along the shore. What is only barely apparent is that it is carrying a mouthful of aquatic weed. 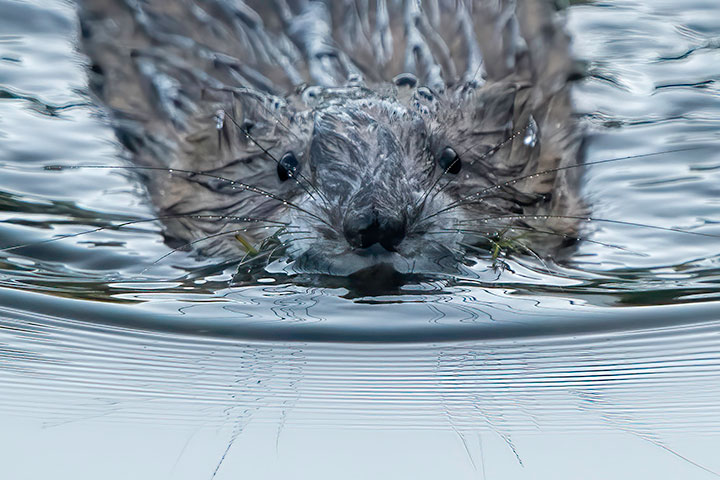 The muskrat climbed into a hollow stump in the water and set about eating its salad. It sallied forth for more vegetation two more times and each time returned to its hollow stump to eat. The next shot shows one of the times it headed out. However, the picture looks much more as if it is an example of the whimsical title I have given it… 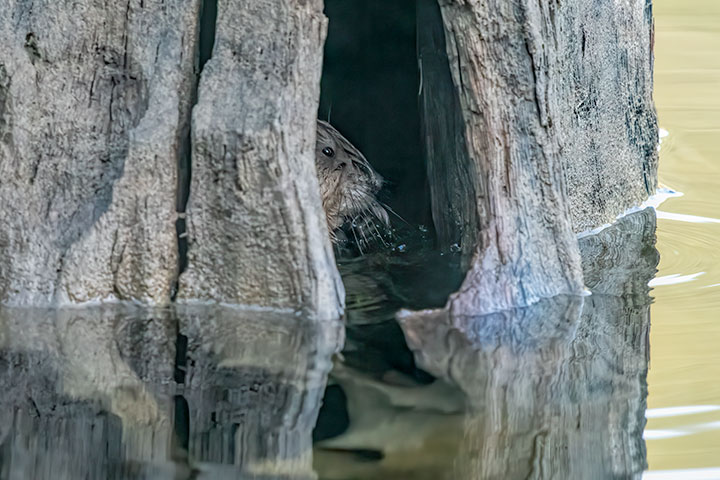 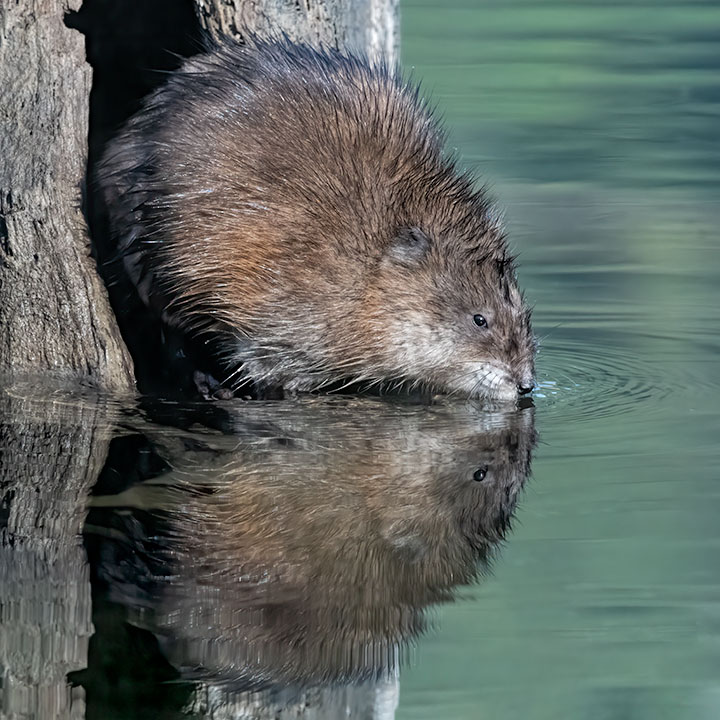