The fairy slipper is perhaps the first wild orchid to bloom each spring. It seems to have evolved to fool the earliest of pollinators, queen bees, into pollinating it — yet the fairy slipper offers bees no rewards in return.

Some years I have seen dozens of fairy slippers as early as mid-April at my favourite observing spot. This year it was mid-May before I saw even one — indeed, at that time, there was only one to be seen.

There are two varieties of fairy slipper in North America: the eastern and the western. The western isn’t found east of the Rocky Mountains. However, we get both varieties.

This bloom is the eastern variety, which blooms earlier than the western. 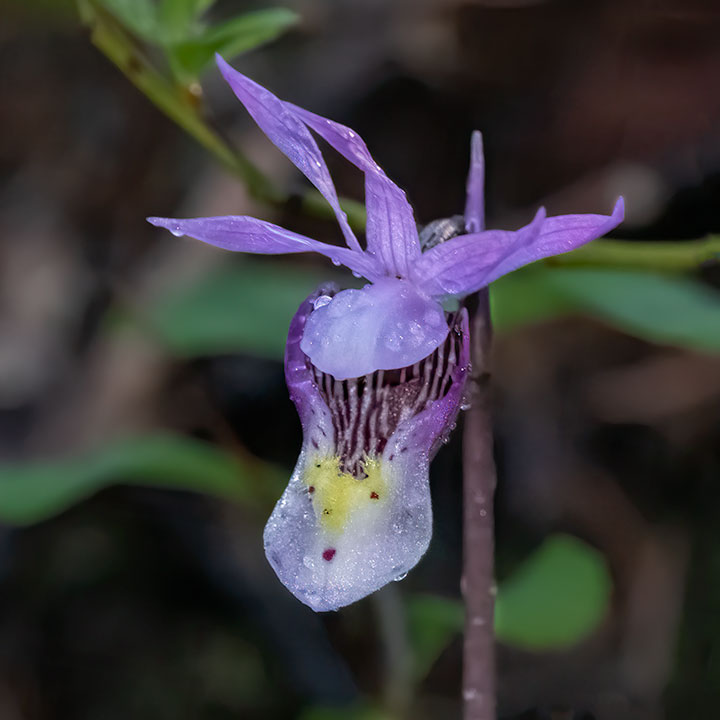