Spotted Sandpipers are somewhat unusual for they have a sexual role reversal: Males are largely passive; Females are territorial, sexually aggressive, and promiscuous. Previous years, I have captured scenes of sexual aggression, and mating. I now seem to have recorded rival females fighting over territory.

The observations began sweetly enough: Two spotties copulated at the the water’s edge. 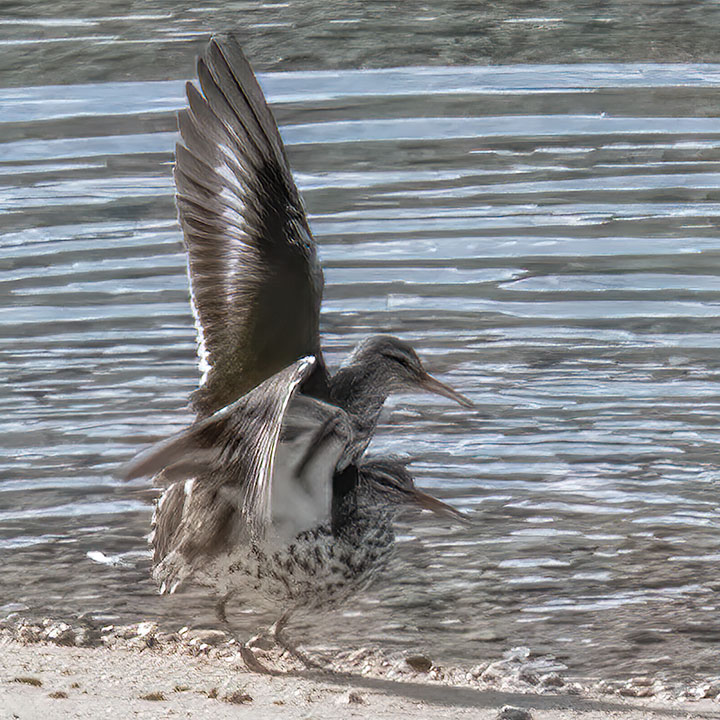 Upon completion, each bird flew maybe six metres along the beach where there was another Spotted Sandpiper. But, their similarity meant that it wasn’t possible to tell which was which. 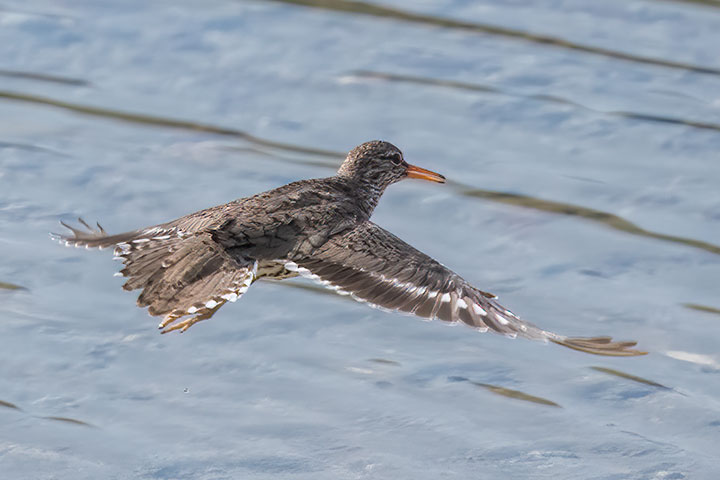 Promptly a fight began when one bird grabbed the other by the bill. Given recorded spotty behaviour, both are almost certainly females. 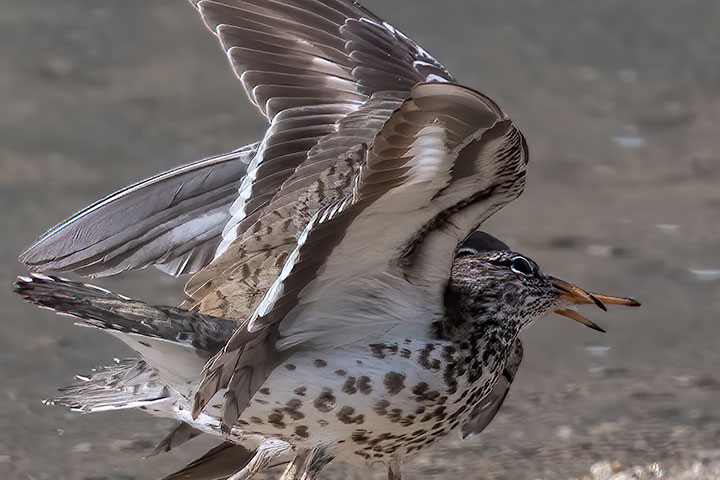 The fight carried on in the air, 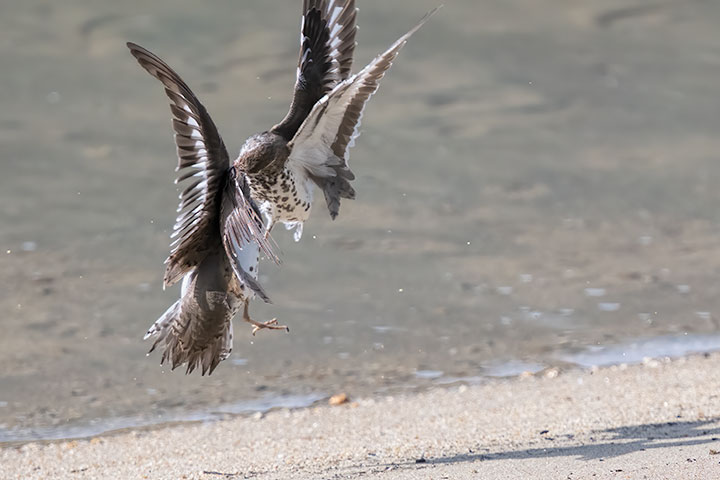 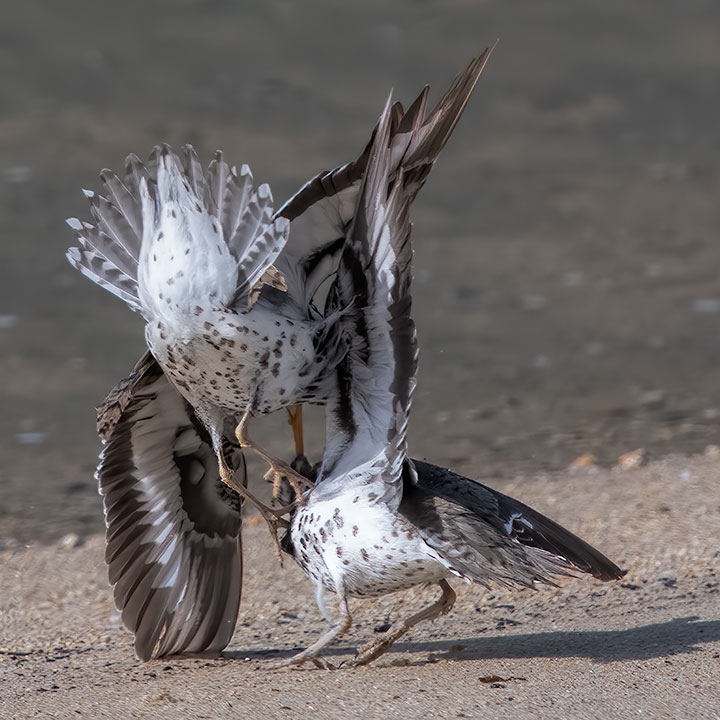 and a mixture of beach and air. 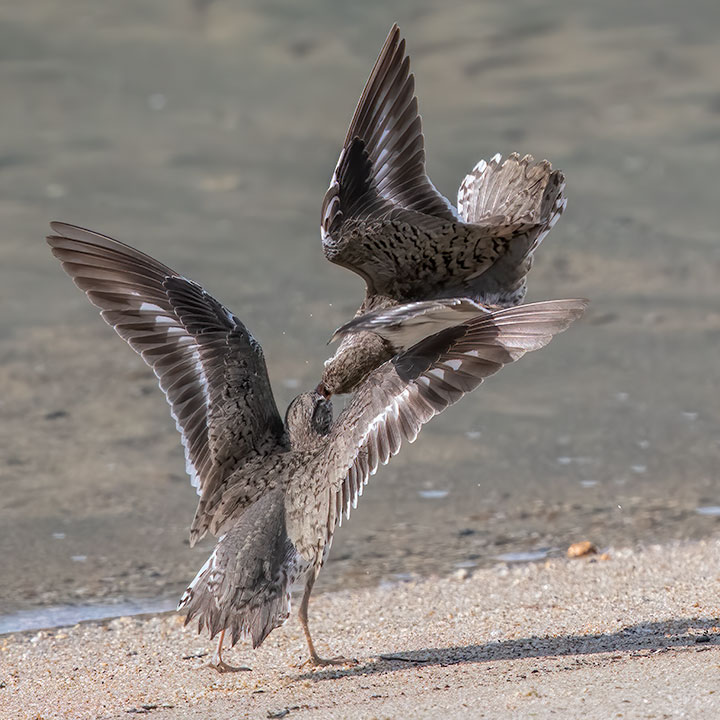 Which bird prevailed is unclear, but one of them was eventually driven off. 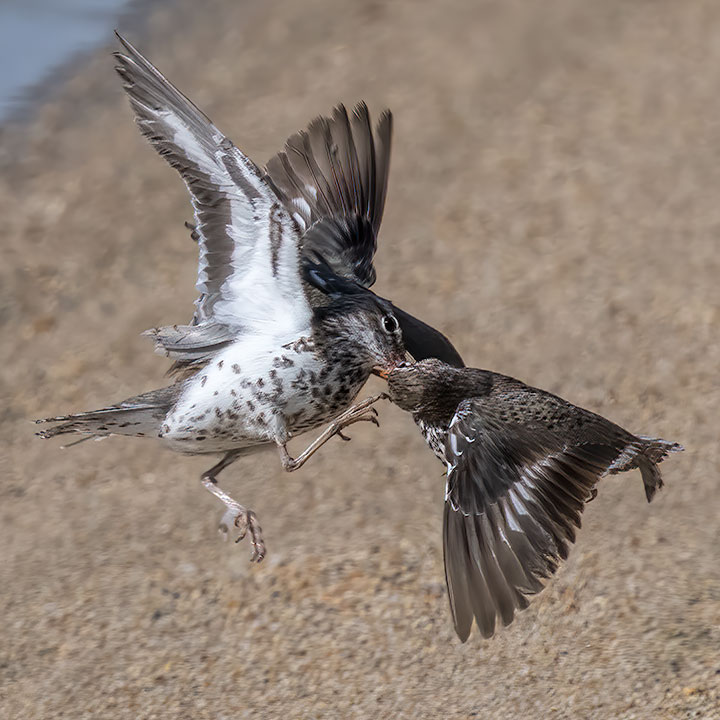