This is a supplemental story to that of the reluctant ewe, posted yesterday. Initially, there were actually four rams courting the ewe: the adult and three juveniles. However, the posting picked up the story after the adult ram had driven off the three juveniles (among Bighorn Sheep, dominance is largely just a matter of horn size). 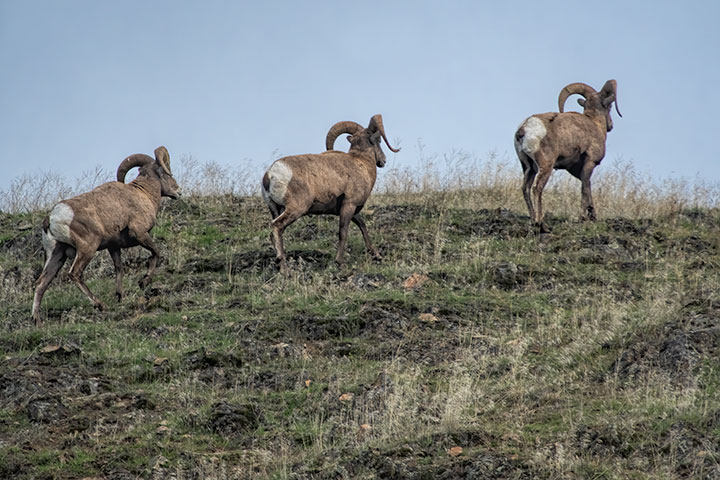 So the ram at the back of the parade mounted the middle ram (while it was sniffing the ram in the front). Having been denied the comfort of a ewe, it took its pleasures with another ram. 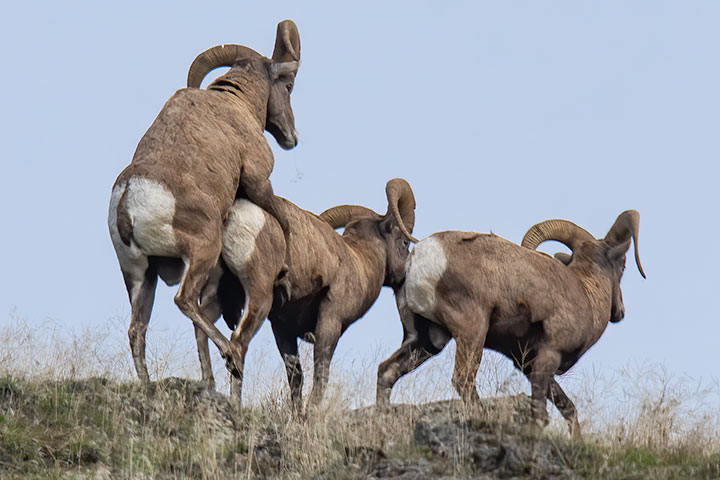 The second image is courtesy of Cynthia Fraser.