Bufflehead Ducks might be seen throughout the year, but they become fairly common during cold months. In the past couple of weeks, buffleheads have been appearing around the area. They are our smallest duck: a black and white male and a brownish female with a white cheek patch.

The description of the male as being black and white is a tad deceptive for the black feathers on its head (although not elsewhere) can be strikingly iridescent. Five weeks ago, I showed similar magpie iridescence. The process with male buffleheads is the same: the duck’s iridescent feathers contain a basal melanin layer, which produces the black by absorption, but above that are reflecting platelets, which produce iridescent colours. The iridescence arises in a similar way as those in a slick of (burnt) oil on black pavement. Light reflected from the base of the slick interferes with that from the top of the slick to preferentially select various wavelengths.

However, the effective spacing between the reflective layers depends upon the viewing angle so sometimes one colour is seen, sometimes another, and sometimes nothing but black. The trick is to have the proper geometry between the sun, the duck and the observer.

A group of male and female Bufflehead Ducks swim by. There is a hint of iridescence on the heads of the two males at the front. However, the bufflehead at the back (right) has his head turned and he shows no iridescence at all. 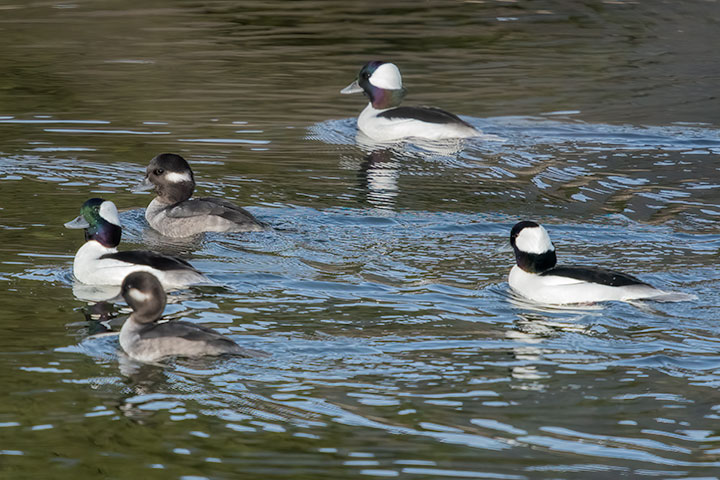 The male duck at the rear turns its head. Suddenly, a beautiful range of colours appears. 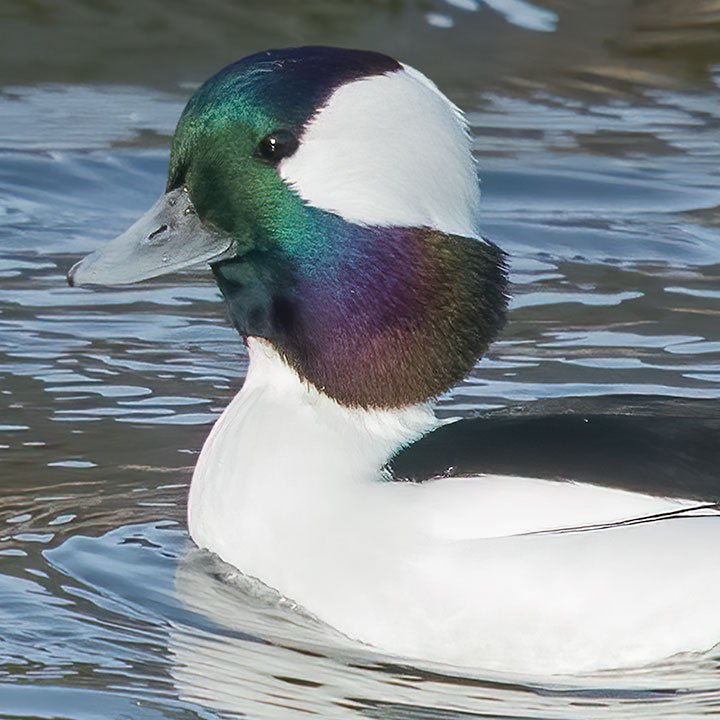