In this season, snow is seen that falls on the mountainside. Yet, all the white on distant trees need not be snow — sometimes what is seen is rime.

When snow falls from a cloud above the mountain, it spreads from the mountain top down to the melting level where it gradually diminishes. It thus presents a white mountaintop with a somewhat indistinct base.

What is one to make of a isolated white line across the mountainside? This is a result of rime from a shallow cloud.

Normally a cloud is filled with liquid droplets even when the temperature is well below 0 °C: the droplets are supercooled. They remain liquid at sub-zero temperatures. But, when the drops collide with objects, such as trees, they instantly freeze to produce rime on those trees.

A thin cloud of super-cooled water droplets had rested against a mountainside. As the droplets collided with the trees, they froze to produce a band of rime across the slope. 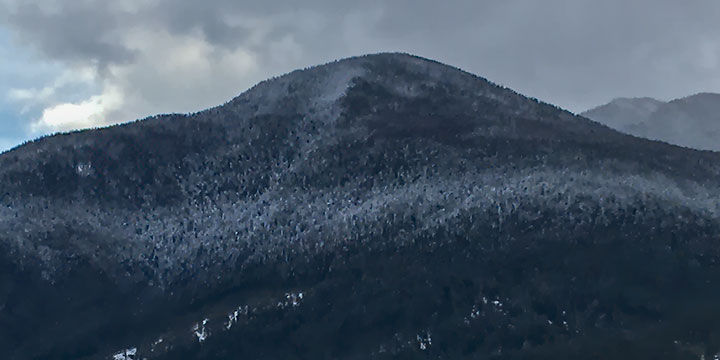 As the cloud extended along the whole mountain range, so did the band of rime. 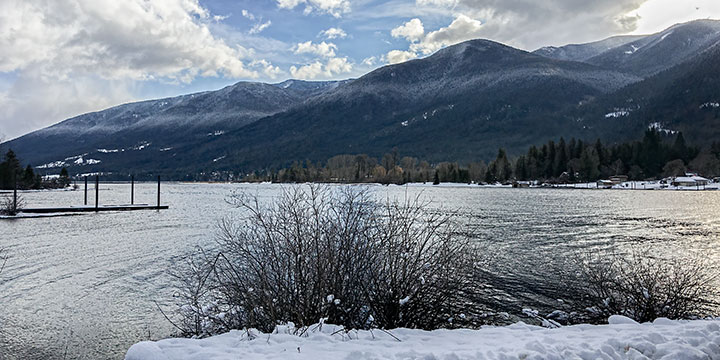