This is a collection of images from this December, none of which has had a posting of its own.

A Coyote hunts for voles in a field. 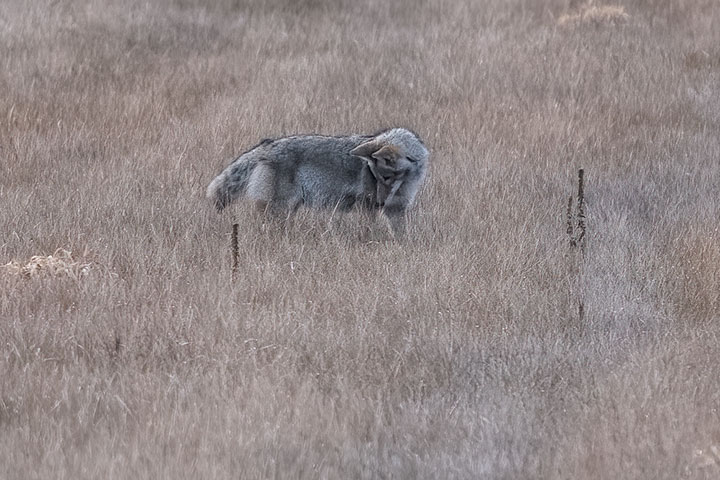 Each winter, Nelson’s waterfront plays host to a variety of interesting water birds. Already having received postings have been coots and Barrow’s Goldeneyes. Here are four Greater Scaups. The males have black heads, the females, brown. 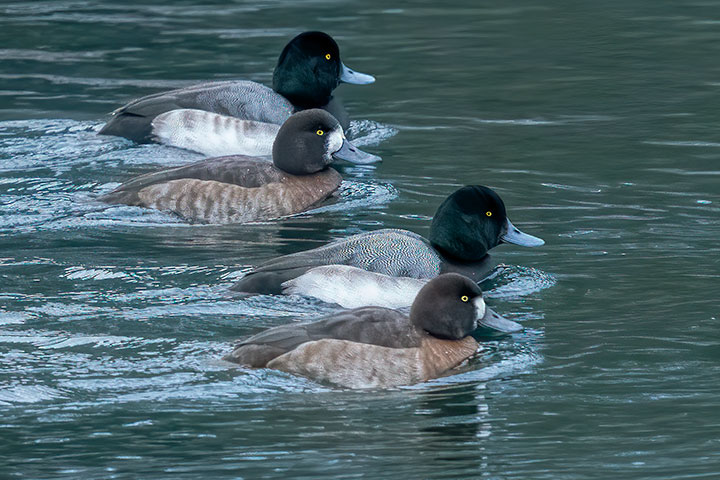 This is a view of border ice as seen from the bank of a creek. The circular patches are methane bubbles that have formed as a consequence of dead organic material having first settled on the stream bottom. Then bacterial decomposition released methane, which rose as bubbles, but became trapped under the ice. 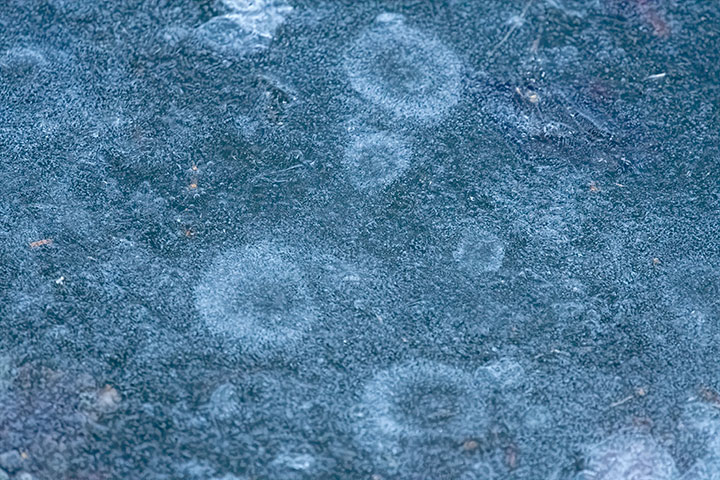 A bighorn ram curls his upper lip back in the flehmen response. This gives him an enhanced ability to detect the pheromones of ewes in oestrus. Apparently, he hopes that the rut is still on. 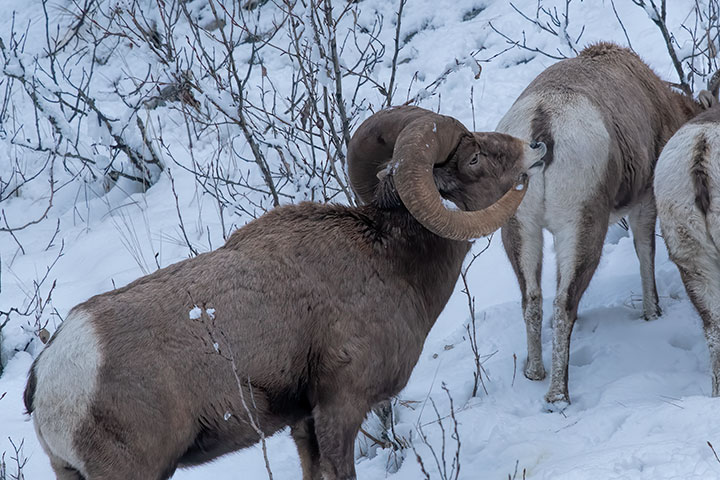 For a while centred on 2017, this region experienced many hares. Hare populations are notoriously cyclic and by 2019 the visibility of hares had plummeted. However, all the hares have apparently not vanished, as is evident when a fresh snowfall reveals their tracks. 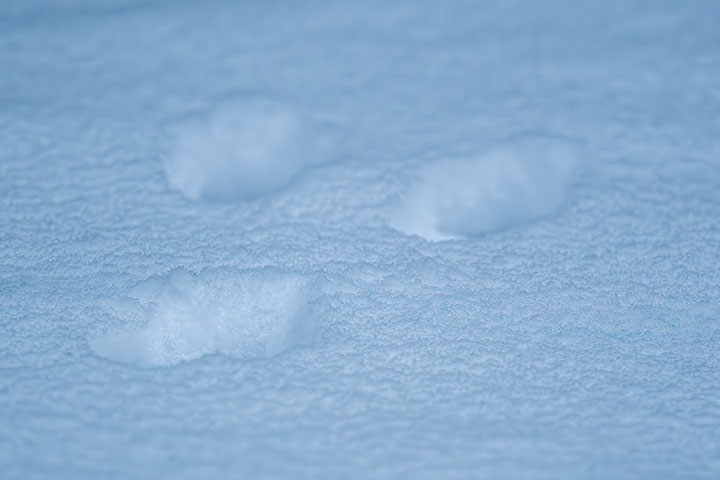 A dipper flies underwater as it forages for Kokanee eggs and aquatic arthropods on the creek bed. 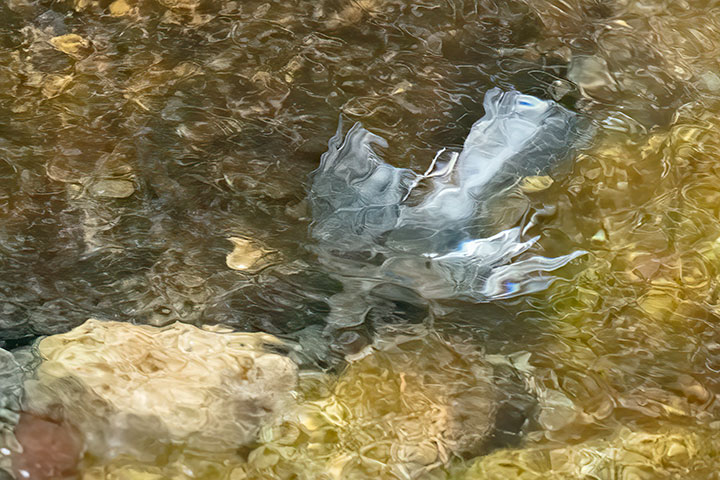 Nicknamed for being leucistic, Lucy (Goosey) was spotted earlier this month for the first time in a half-dozen years. Seen again at the month’s end, she is apparently now hanging about nearby. 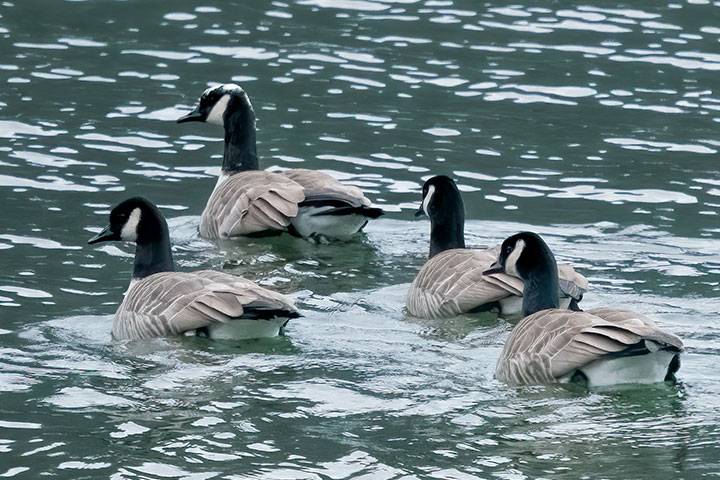 The final picture is here merely for the fun of it. It is a Common Merganser that has just lifted its head after scanning underwater for fish. That it is a juvenile is evident by the yellow eye and white patch between bill and eye. 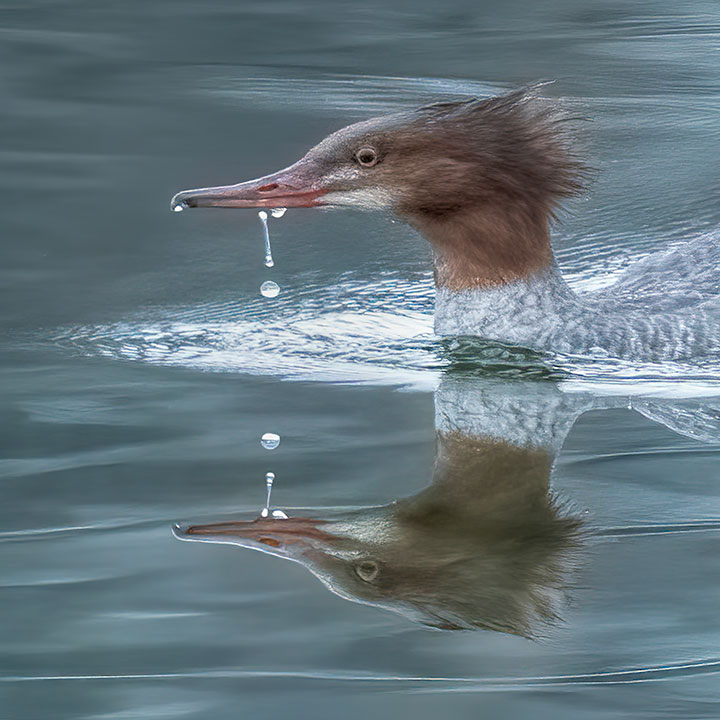