The Ruby-crowned kinglet is a rather small, undistinguished insectivore that can be seen for perhaps a month, two times a year, as it passes through our region. Further, in its search for insects to eat, it forages deep in brush and frenetically moves from branch to branch with a rapidity that makes it difficult to observe.

Why bother with it? The female, male, and juvenile all look alike — except for when the male gets excited. On those occasions, he displays his otherwise-hidden eponymous ruby crown. That excitement might be the sighting of a potential mate, a rival, a predator, or it seems, the mere need for a scratch.

A male Ruby-crowned Kinglet visited. It did not appear concerned by my attentions, but flitted about so quickly that it allowed scant time for portraits. But, on one occasion, it scratched itself. Ah, then the ruby crown appeared.

The Ruby-crowned Kinglet frenetically foraged for insects, rarely stopping for a portrait. 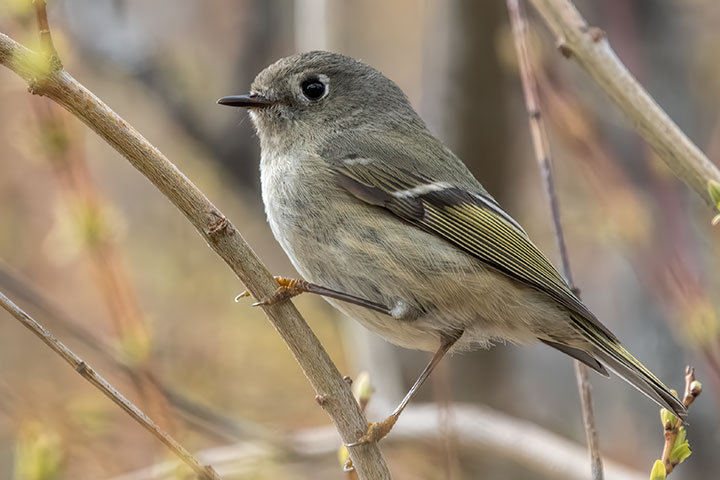 On one occasion it paused for a scratch and flashed its ruby crown. 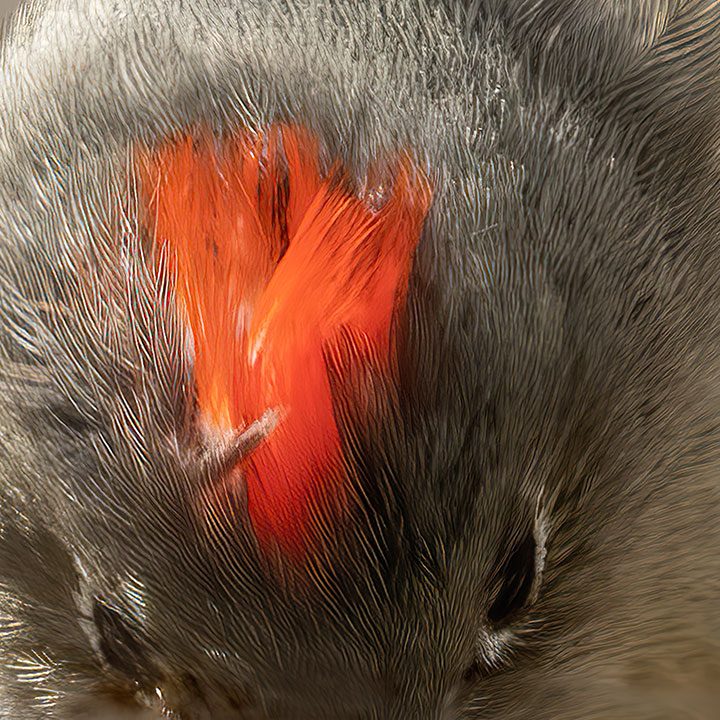