This is a collection of images from April, each of which lacked a posting of its own.

If a robin is swallowing worms, it must be spring. This is a female. 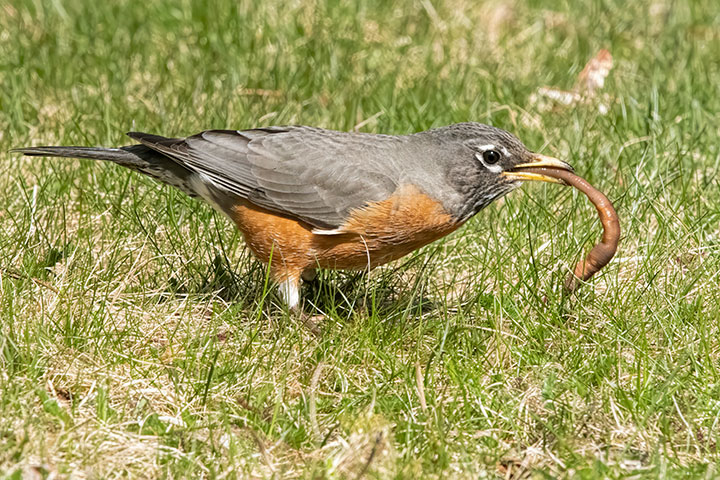 The Varied Thrush is a close relative of the robin, but unlike it, this thrush is skittish and flees from suspected intruders. Indeed, while the above robin was casually photographed from nearby, this close shot of the Varied Thrush required the use of a car as a bird blind. 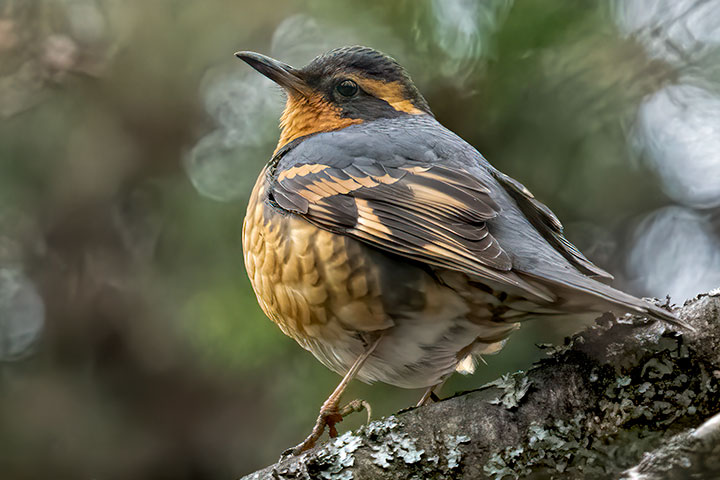 Every April brings the Bombylius major in numbers to the back yard. This tiny bee-mimic fly is a nectar robber. It uses its long proboscis to steal nectar and pollen from a flower without ever touching either anthers (male) or stigma (female). In this way, it violates the contract between flowers and insects: nectar in exchange for pollination. However, it is likely that its long legs and proboscis evolved, not for larceny, but to protect it from crab spiders lurking among the flowers. 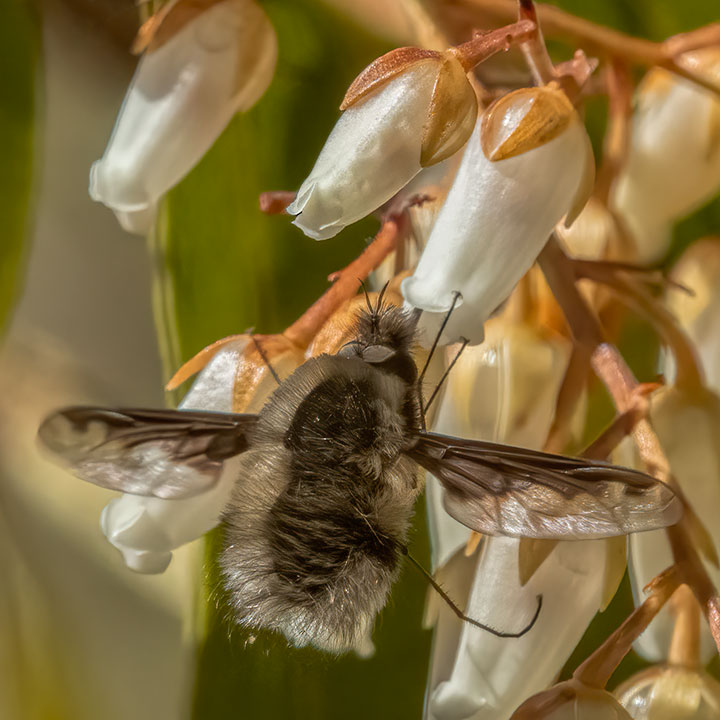 I know of two heron rookeries adjacent to Kootenay Lake. A number of Great Blue Herons flying around this one suggest that it is active again this year. 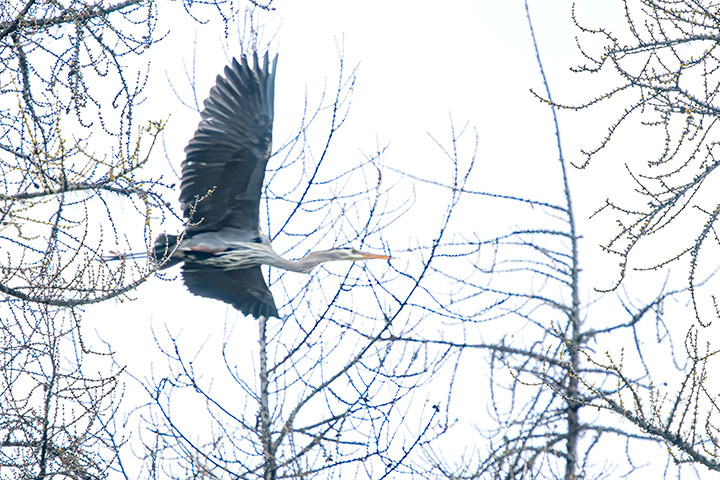 A summer staple around the Lake is the Tree Swallow. It nests in flicker cavities and collects insects for its offspring with acrobatic flights over the water. 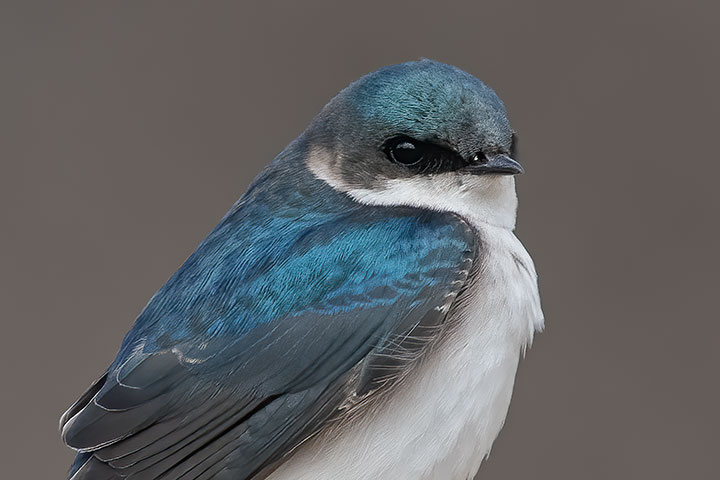 A bird with a remarkably similar name, the Tree Sparrow (as distinct from the Tree Swallow), has a rather different behaviour. It passes through here twice a year during migration. When present, it secretively forages for seeds and insects low in the brush. 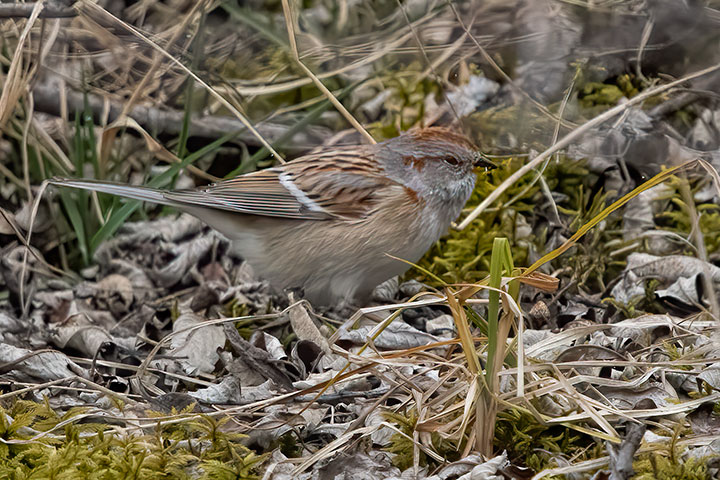 When I see a Red Squirrel with something in its mouth, that something is usually comestible. But, here the squirrel is carrying nest-building material. 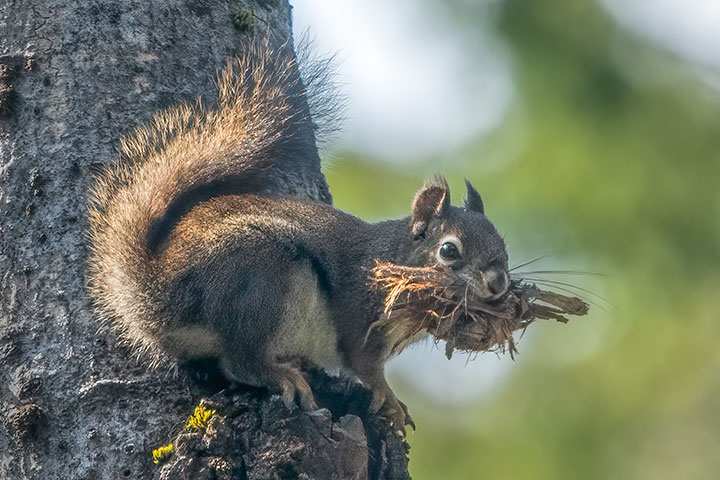 A bale of painted turtles is lounging on a loafing log. A reasonable question is: Why are they all facing in the same direction? Curiously, there is an amazingly simple answer. 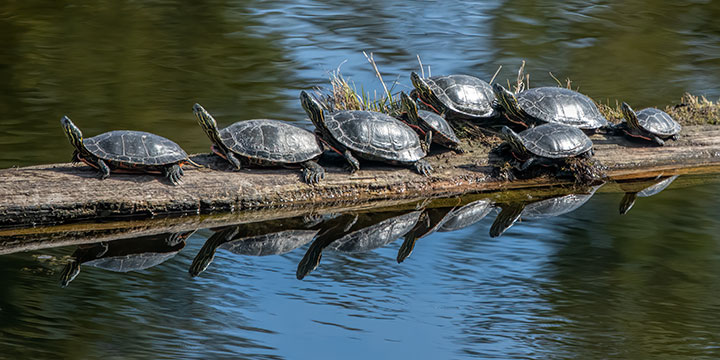 Columbian Ground Squirrels are now out of hibernation, and this one has pulled sentry duty. 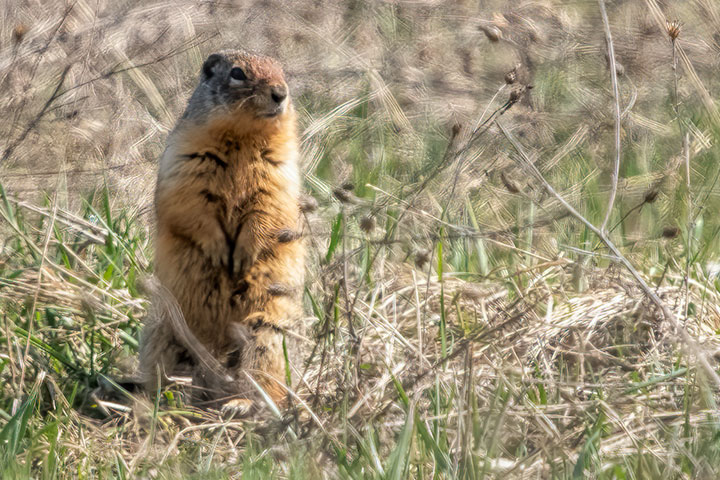 It is tempting to imagine that every sparrow one sees is a Song Sparrow. But, while ubiquitous, it is not exclusive. This is a Savanah Sparrow, a bird passing through as it heads north to breed. 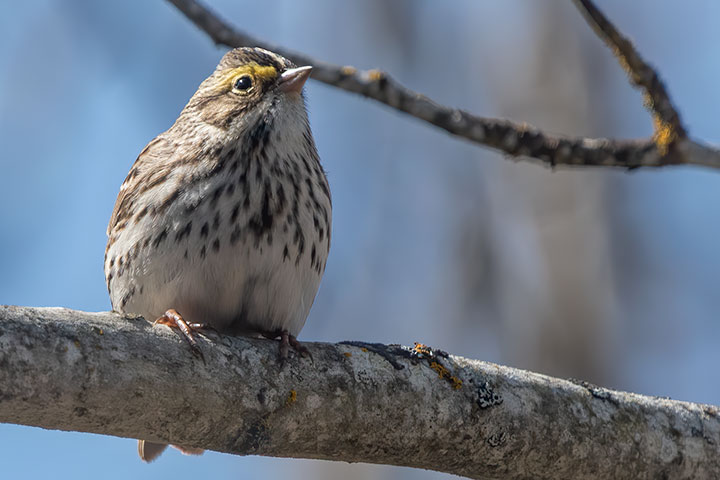 Much the same can be said for the White-crowned Sparrow — most seen are heading north. 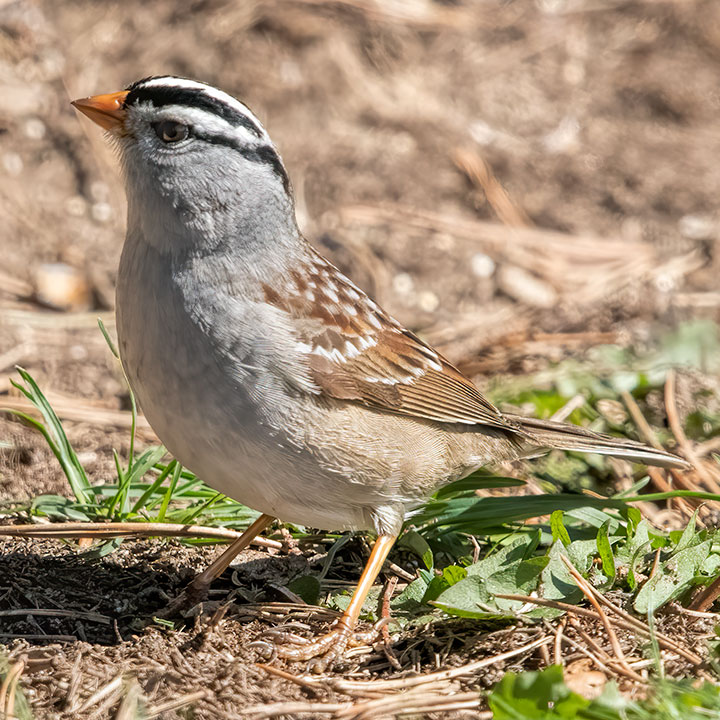 A male osprey flies by with a just-caught fish (likely a Kokanee). 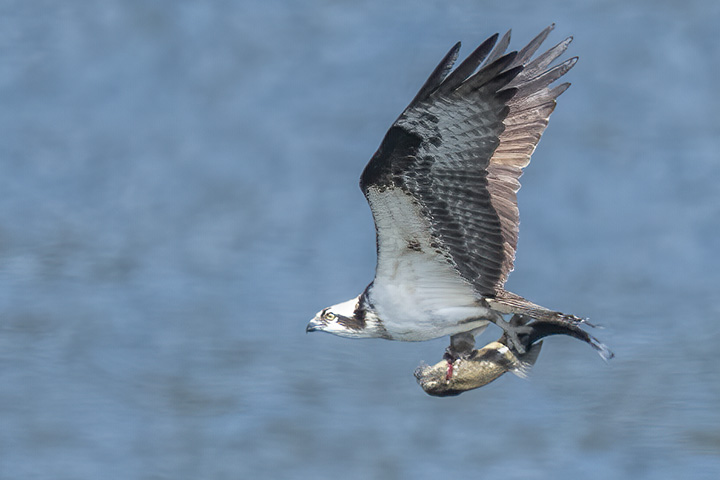 “I cannot abide all this pandering to those irrelevant species. I’m so outta here.” 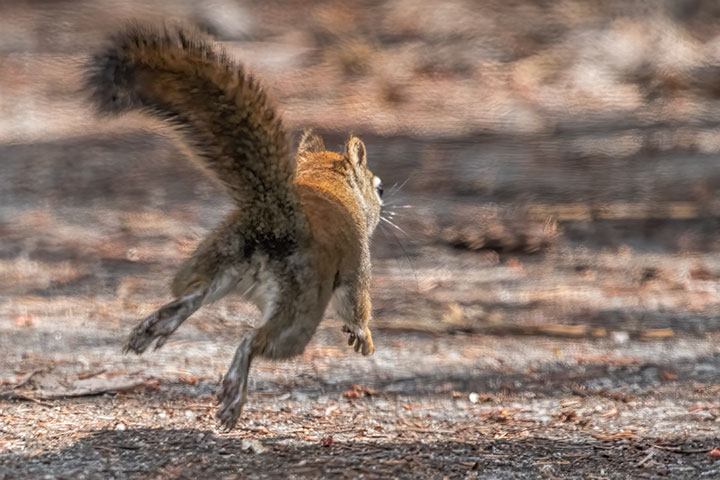 This entry was posted in birds, bugs, fish, herptiles. Bookmark the permalink.