The Mountain Bluebird is an insectivore that particularly favours eating caterpillars. Yet, in the many pictures I have taken of this bird foraging, it is only rarely that I have captured an image of its successful insect capture.

The birds’ hunting success rate seems as remarkably low as has my own success rate in capturing images of the birds’ insect captures.

So, it was a delight to see a female Mountain Bluebird which had just captured a caterpillar.

The caterpillar was quickly aligned with the bluebird’s bill and swallowed. 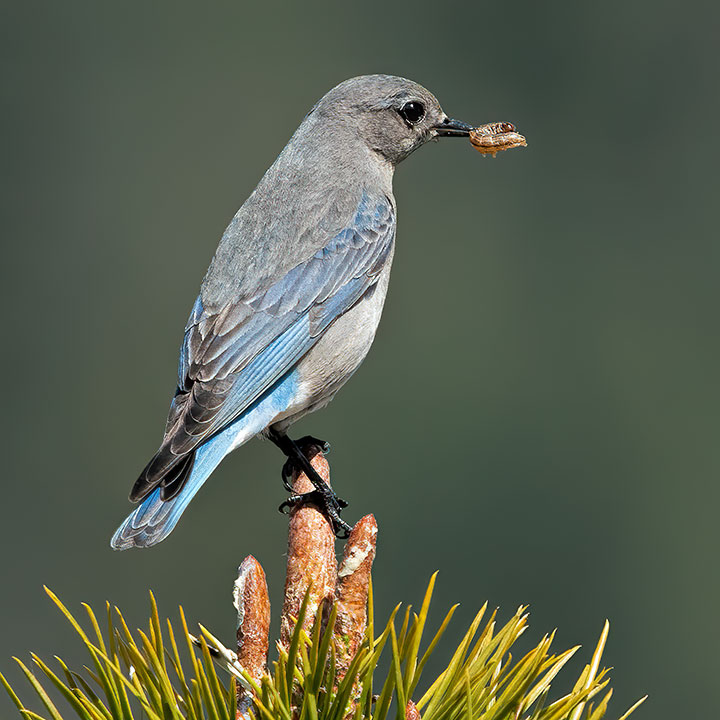 5 Responses to Mountain Bluebird and grub