The hummingbird moth has been billed by Nature Canada as one of Canada’s coolest creatures. Although a moth, it is out during the daytime when it sips nectar by hovering over flowers like a tiny hummingbird.

Somewhat uncommon, I have seen our local species only a couple of times, most recently in 2016. It is the Rocky Mountain Clearwing (Hemaris thetis). Four different species of hummingbird moths are found in North America, but sources suggest that thetis is the only one found in British Columbia.

It is again the time of year to watch for this strange creature, so yesterday I went looking. What I spotted, was clearly a hummingbird moth. It was out in the daytime and sipping nectar as it hovered over flowers. However, it was distinctly different than the thetis normally found in BC. What was it, and how did it get here?

I start with a picture of thetis, a Rocky Mountain Clearwing I took four years ago so as to show the differences with this year’s moth. 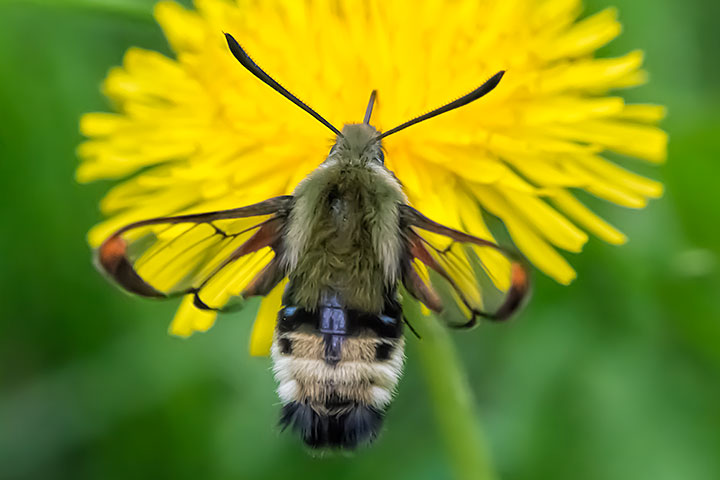 This is the moth seen yesterday. It behaves the same way as thetis as it hovers over a flower sipping nectar. Further, it is about the same size, but its body and wing pattern is different. When this blog was first posted. I thought yesterday’s moth was an eastern hummingbird moth. I was wrong. It is a Yellow-banded Day Sphinx Moth (Proserpinus flavofasciata), something labeled a hawk moth. However, this hawk moth behaves much like the hummingbird moth: it hovers over flowers as it sips nectar. 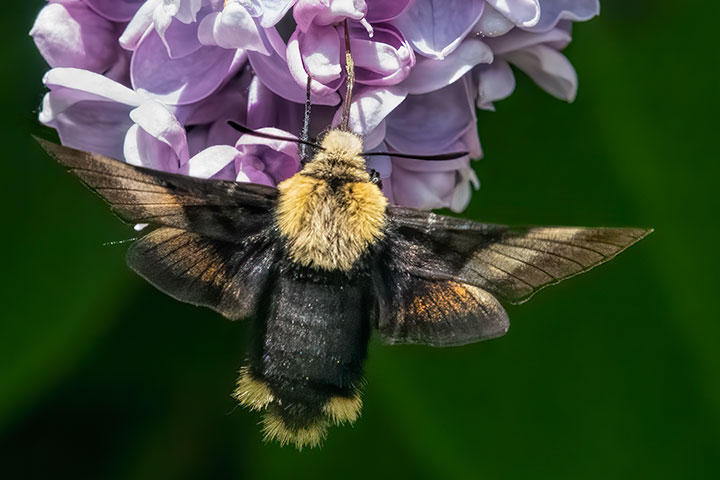 Here is a side view of the moth sipping nectar. 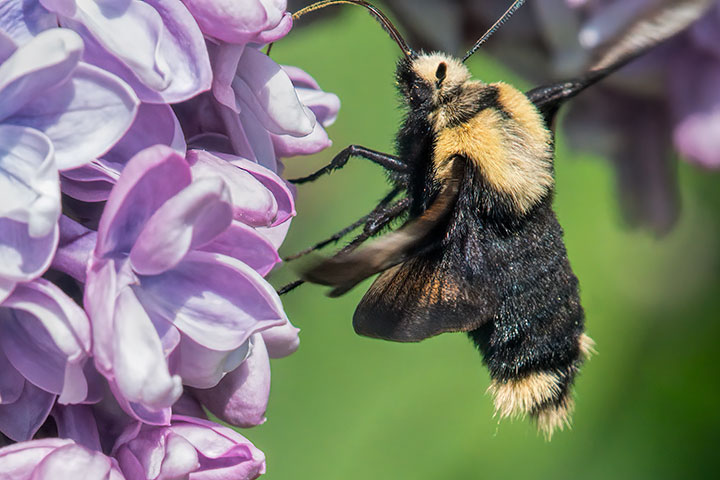