When encountered in the alpine, Bombus melanopygus was sipping nectar from an Alpine Milk-vetch(?). Farther down the mountain it was seen on the ground, apparently sipping minerals from rocks. This was unusual.

The first observation of melanopygus was mundane: It was visiting vetch for nectar. 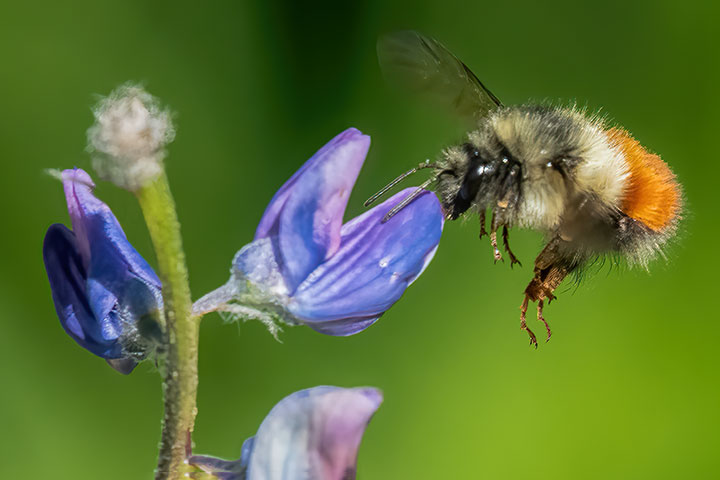 Later it was seen fighting over access to something on the ground. 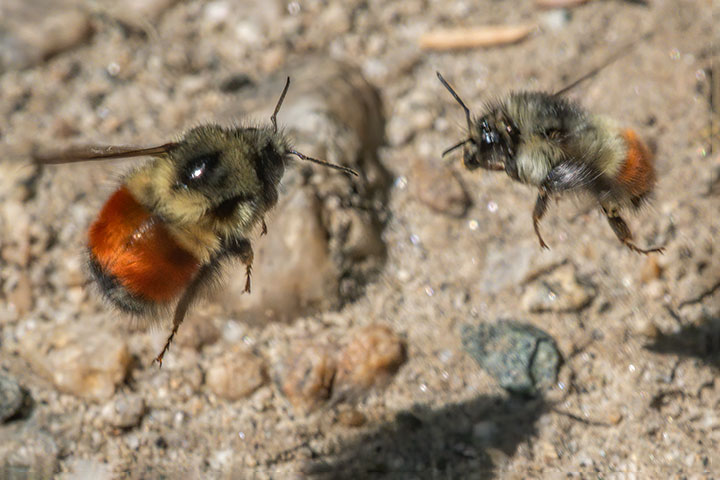 The bumblebees then started puddling on the rocks. They were presumably sipping needed minerals in solution from the rocks. Butterflies do this, but it was an unexpected sighting for bees. 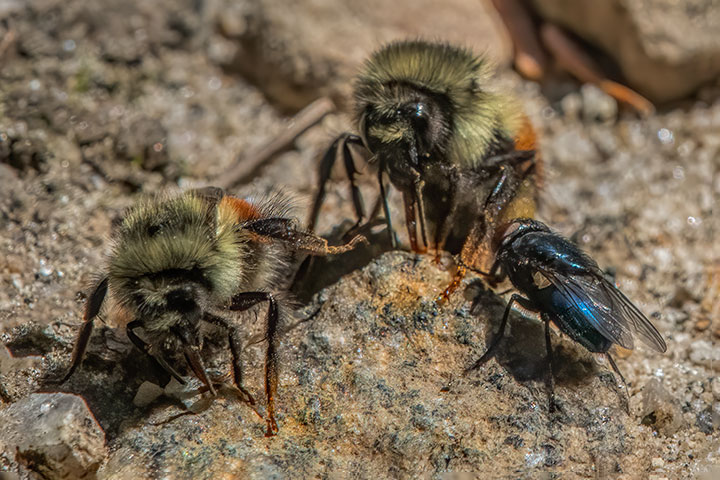