The sex was good, but quickly things went downhill.

Tule bluets are damselflies, the smallish cousins of dragonflies. While we have a number of species of damselflies, the tule bluet is the one I see most frequently along the lakeshore. August is the time for bluets to mate. Their requirements are few: a partner, a place to perch while mating; and undisturbed access to a place to lay the eggs.

Male and female tule bluets are easily distinguished by colour: the male is bluish, the female is yellowish. Initially, the male transfers sperm from near the tip of his abdomen to the end near his thorax. Then he uses claspers on the end of its abdomen to hold the female by the back of her neck. She, in turn, swings the tip of her abdomen around to receive his sperm. So far, so good. 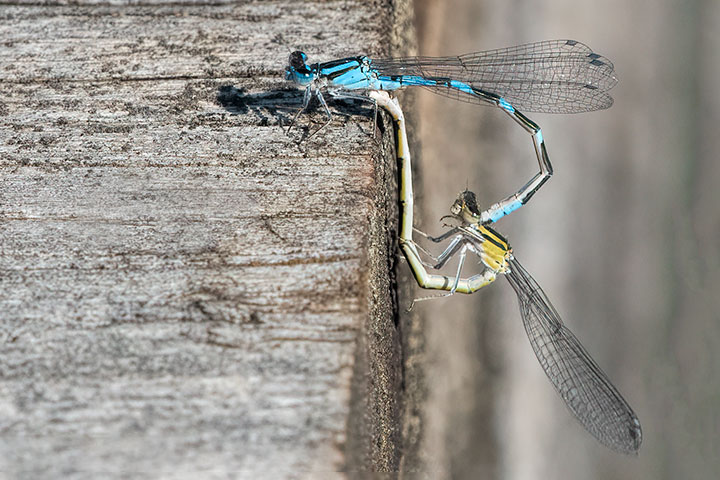 The couple flies off together to lay the freshly fertilized eggs. He continues to hold her neck and accompany her so as to protect his investment from the incursions of nearby single males, who would highjack her and replace his sperm with their own. 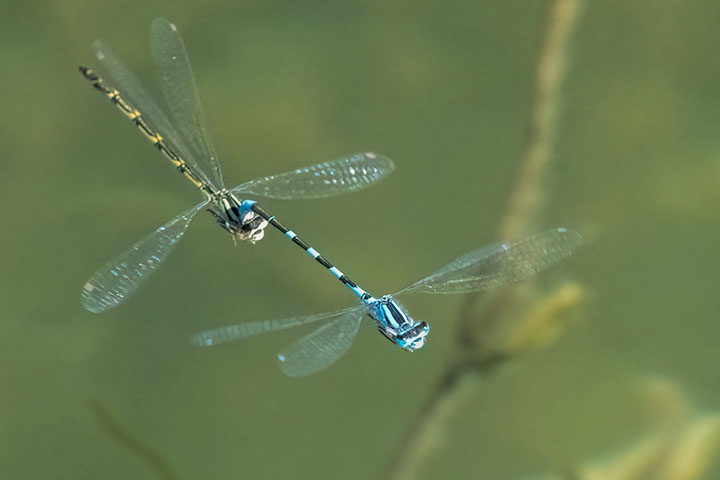 As the couple searches for a place to lay their freshly fertilized eggs, they are relentlessly harassed by single males who wish to take over the female. Here, another male has attacked the couple by climbing on the female’s back during flight. 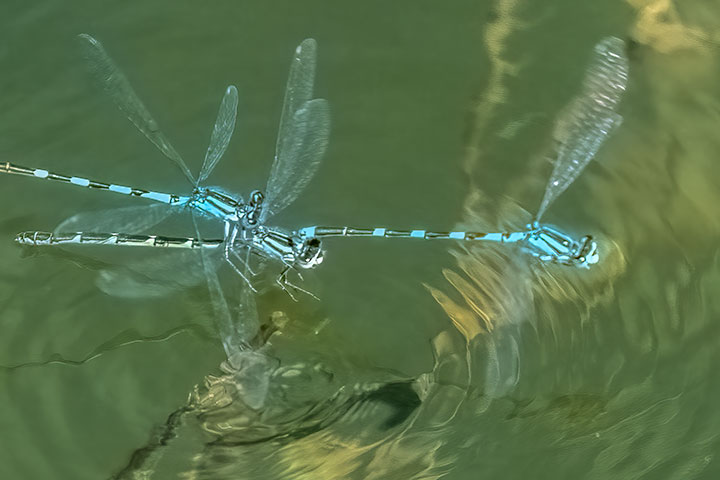 If running the gauntlet of interloping single males isn’t enough, another problem emerges. The bluets lay their eggs on aquatic weed that has breached the surface of the lake. This year, the aquatic weed has yet to grow tall enough to reach the surface so the damselflies cannot get to it. As I watched, only one couple managed to get close to some weed, but they failed to reach it. Between the relentless harassment and the inaccessible weed, it was not a good morning for bluet couples. 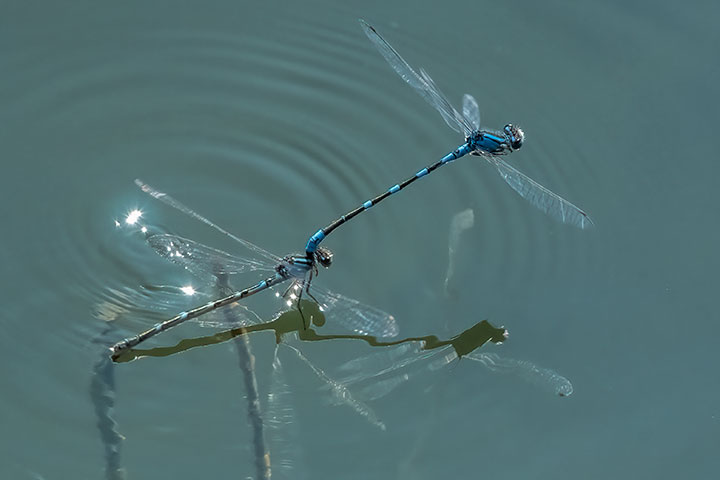