Things were now looking good in the world of bluet damselflies. The previous posting, thwarted bluets, had reported on the problems of bluet couples: harassment and inaccessible aquatic weed for egg laying. However, now the aquatic weed had reached the surface of the water and the mating proceeded apace.

Bluets were seen perching and mating in many places. 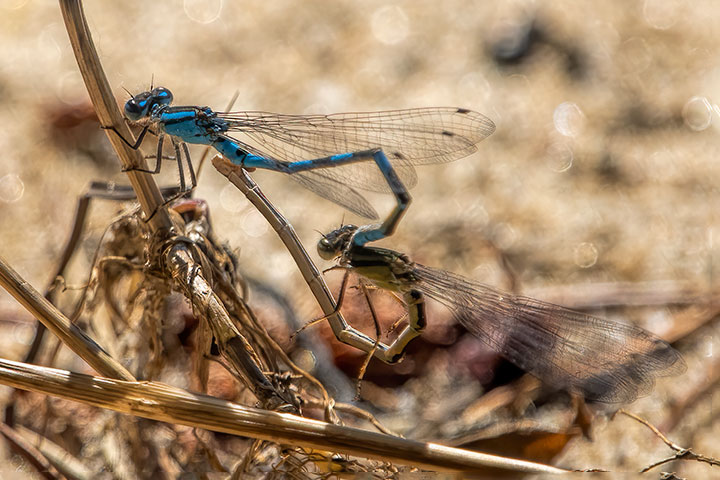 They flew off together to lay the eggs on the aquatic weed. Certainly there was still harassment by single males, but it could be avoided. 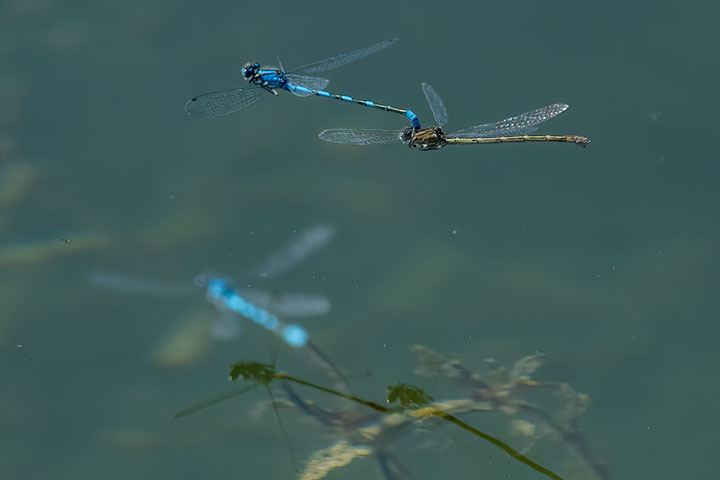 A couple found some suitable weed extending through the surface and proceeded to deposit eggs. The fact that the male is holding the female’s head below the water looks worrisome to human eyes. However, an insect breathes through spiracles on its thorax and abdomen, not its head. 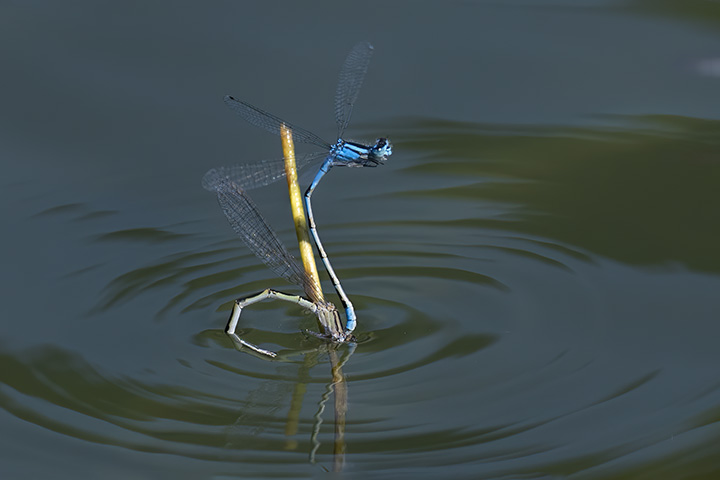 Ten seconds after the previous picture, a mallard swam by and WHOMP — it swallowed everything: bluet couple, eggs and aquatic weed. What a downer. Well, the mallard looks happy. 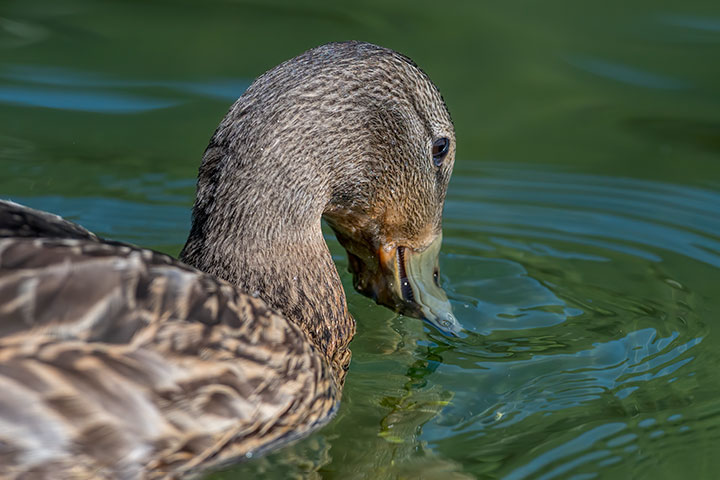 The final two pictures were taken by Susi Grathwol and are used with permission.