Wildlife websites assure us that one of the many differences between rabbits and hares is that hares have much longer ears. Usually unmentioned is that this difference vanishes at our northern latitudes.

The snowshoe hare is present across mainland BC, and indeed through much of Canada. (Its range extends into the US along narrow mountainous tongues.) After looking at the snowshoe hare’s ears, one could be forgiven for thinking it was a rabbit.

The clue to this situation is that hares use their ears as heat exchangers. When the hare begins to overheat, it pumps warm blood through its ears to cool it before circulating that blood to the rest of the body. (Elephants do this also.) Hare species from lower latitudes and hot regions have particularly large ears to facilitate this cooling. Our snowshoe hare has scant need for the heat exchange offered by large ears as it lives in cooler northern climes. Consequently, its ears resemble those of a rabbit.

Yet, there are other differences that signal it to be a hare.

The snowshoe hare, sighted yesterday, has ears that look rather like those of a rabbit. 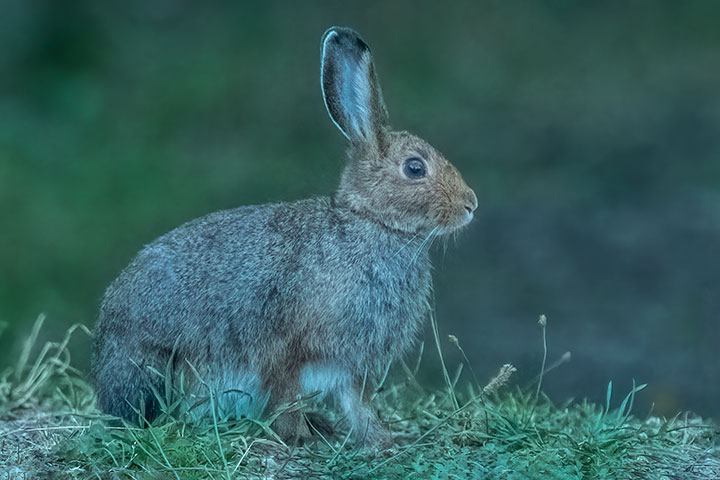 This blurry picture of its quick departure reveals one of the telltale signs that this is a snowshoe hare: its huge hind feet. 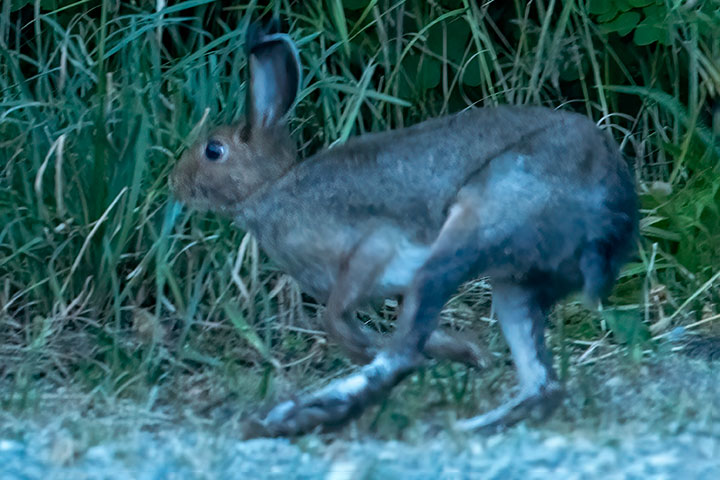