Here are two more pictures of mating insects — well, it is that time of year. These are robber flies.

A Robber fly, also known as an assassin fly, is large and a powerful flyer. Its name reflects the fly’s aggressive predation: it feeds on other insects captured in flight. It has been a decade since I watched a robber fly feasting on a captured bee.

This interaction was more convivial.

Robber flies mating. I think that the female is on top. 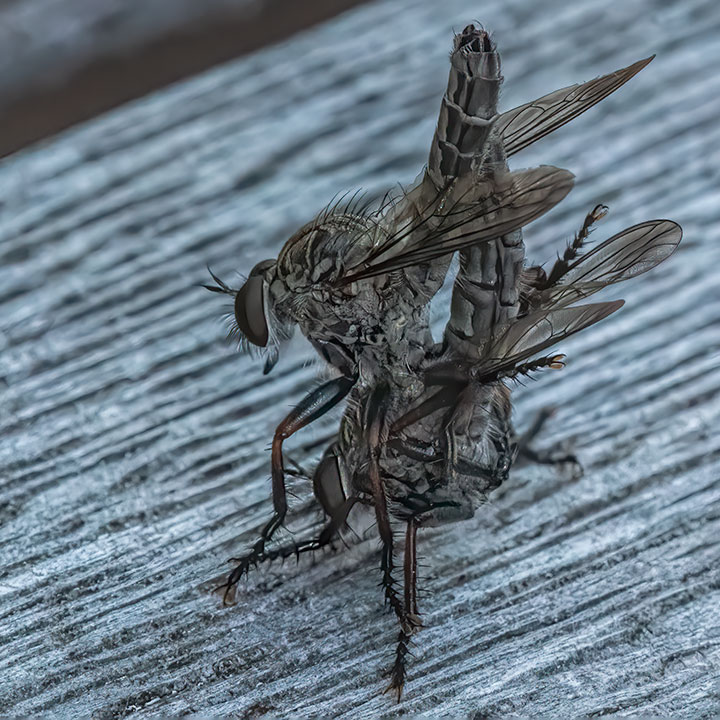 A view from the other side showing the interlocking abdomens. 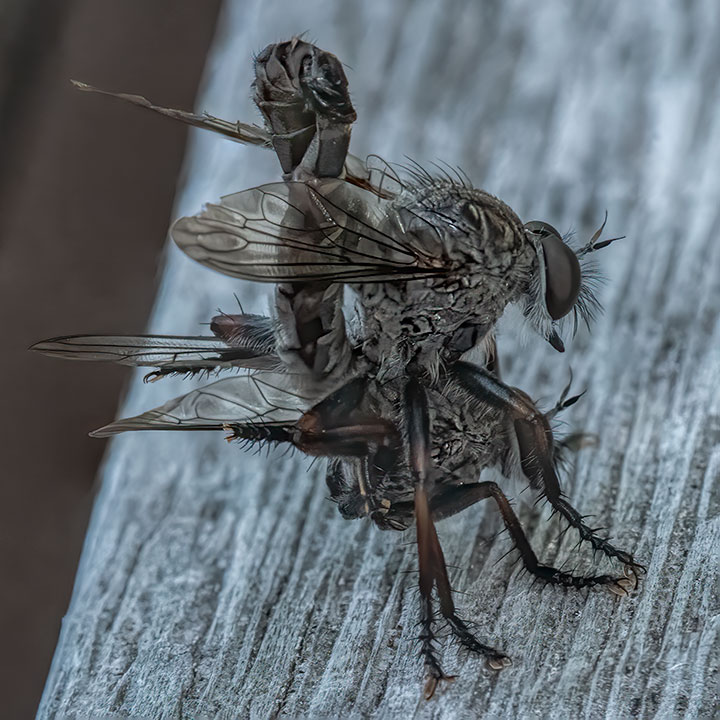