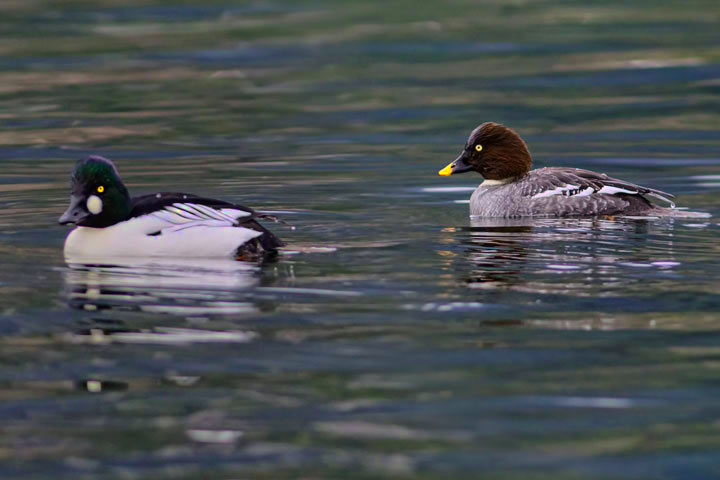 The Common Goldeneye male has a circular cheek patch and more white on the back. The female bill has less yellow.

Occasionally when I manage a reasonably good shot, I use it as an opportunity to discuss the species. Such is the case with the Barrow’s Goldeneye couple, below; they are one of our two goldeneye ducks. The other is the (ironically, less common) Common Goldeneye. Which brings me to the quirky characterization of our Barrow’s found on the Audubon website:

The less numerous of the two goldeneye species [is Barrow’s], found mainly in wild country of northwestern North America….

Okay, the Common Goldeneye is distributed across much of North America, while the Barrow’s Goldeneye is largely confined to the western cordillera. Here, in wild country (huh?), the Barrow’s is about four times as common as the Common, so hardly the less numerous of the two.

The Barrow’s Goldeneye is a diving duck that mainly feeds on arthropods on the lake bottom.

A Barrow’s Goldeneye couple swims by. Soon, it will likely head north to breed. 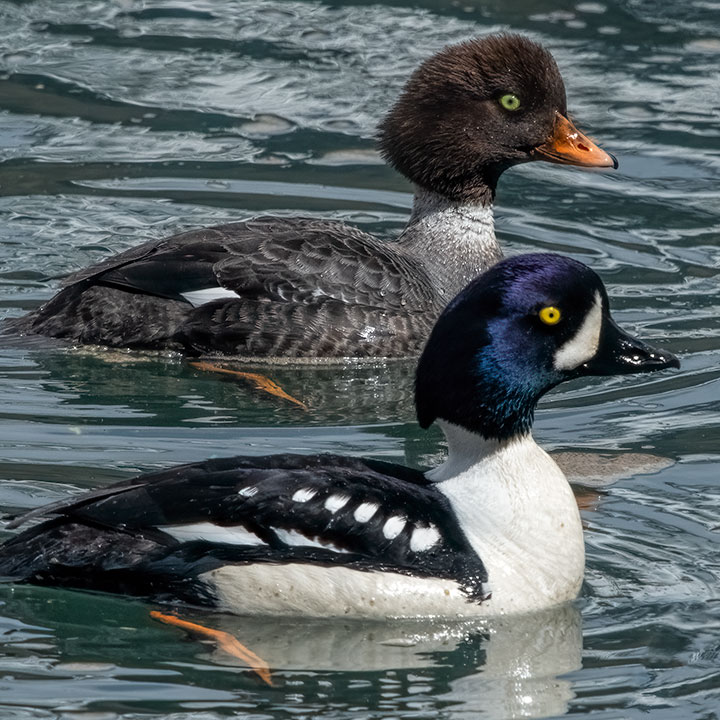