It was sunny, so time was spent wandering. The pictures are in the order they were taken.

The first shot of the day was a muskrat. 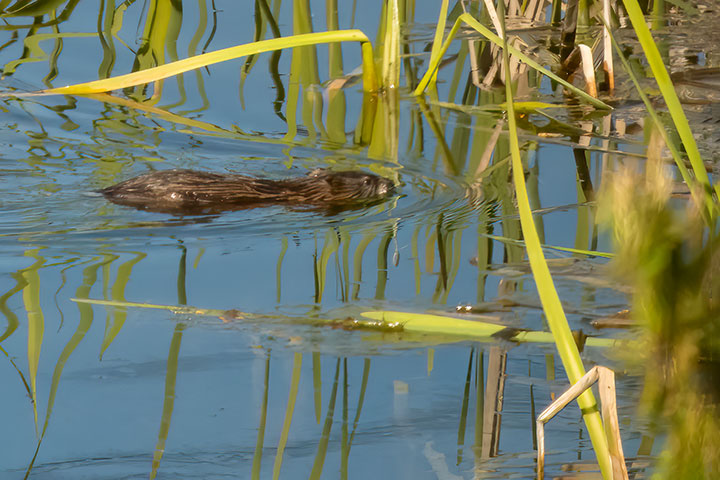 Then came a Wild Turkey in display with a female indicating a willingness. 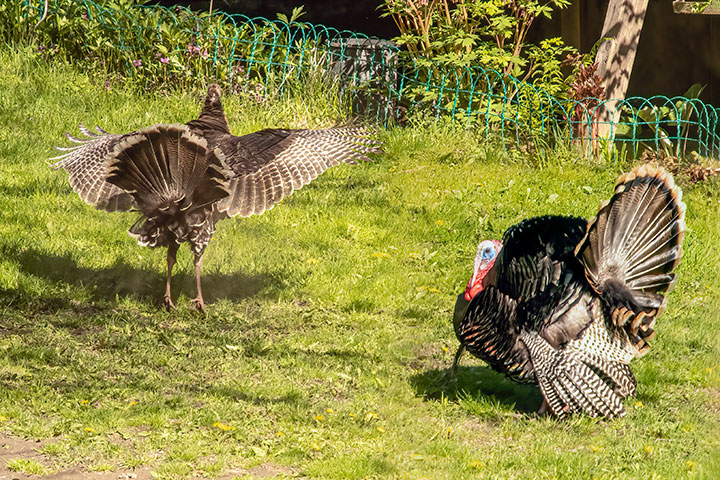 There were many wild ducks seen, but the only I took notice of was the Cinnamon Teal. 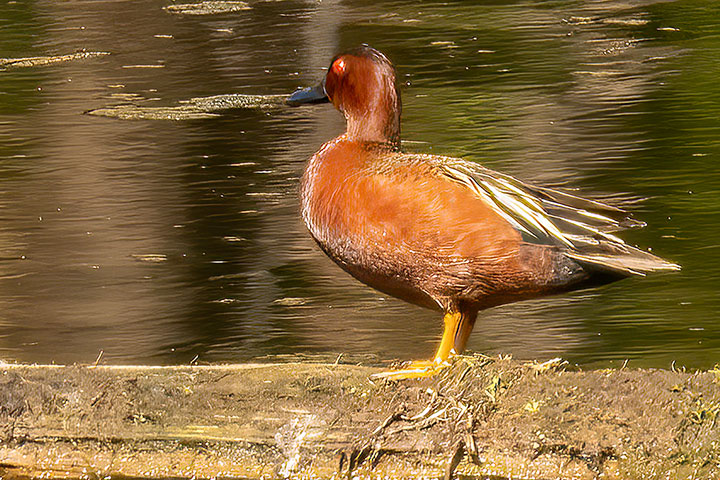 A number of types of swallows were photographed, but the only spectacular picture was a Tree Swallow. This male had just fed a female in a nest box. 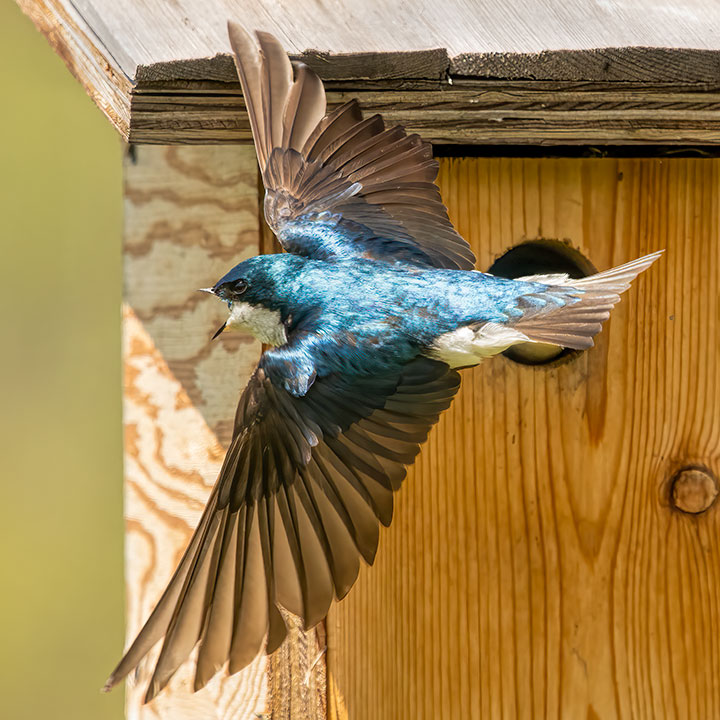 The first bear that was seen was a black bear with two brown cubs up a tree. 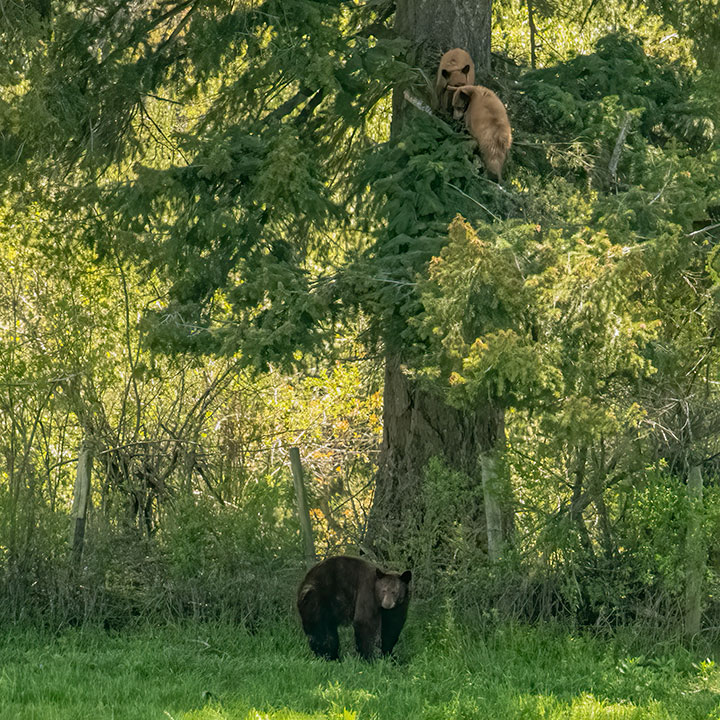 Probably the highlight was two fighting Turkey Vultures fighting over a female. They went at it for about 2 minutes. One male arrived with her, and one left with her, but I could not tell them apart and so it is not clear if she left with the original male or not. 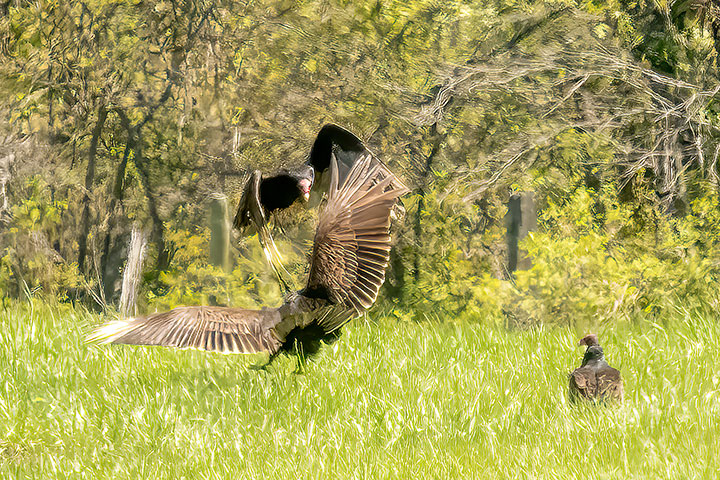 Then there was another female black bear. 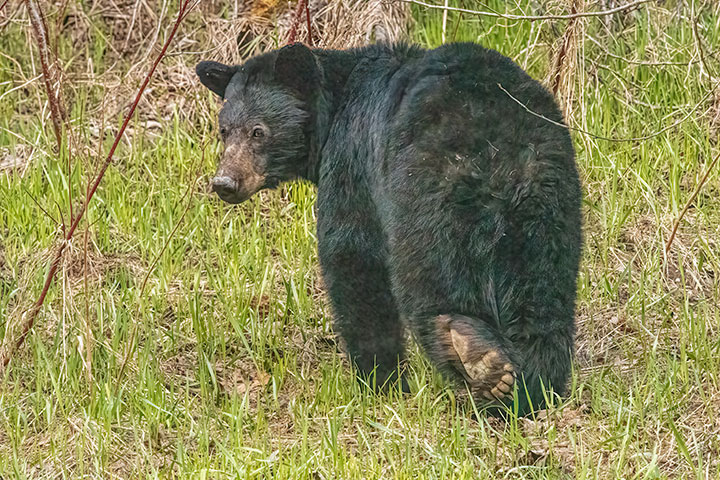 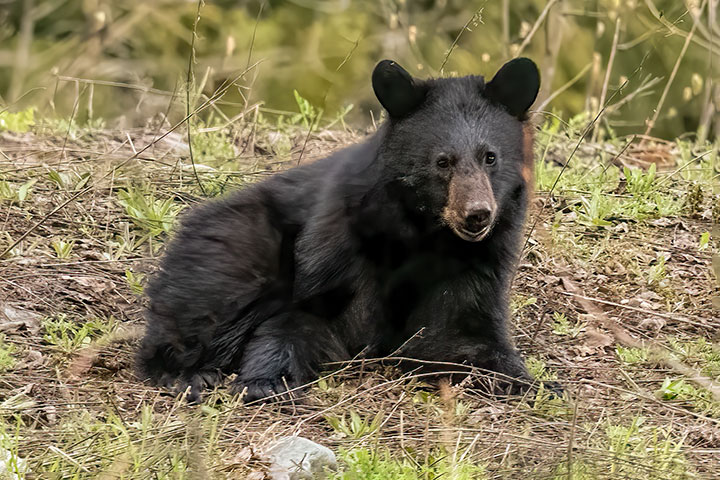 8 Responses to A good day