Near the beginning of May, I posted  picture of a Bald Eagle chick in down attended by its two parents. I went back to the nest at the end of May and the chick was in dark brown plumage, but had not yet fledged.

The eagle chick in dark brown plumage sits on its nest. 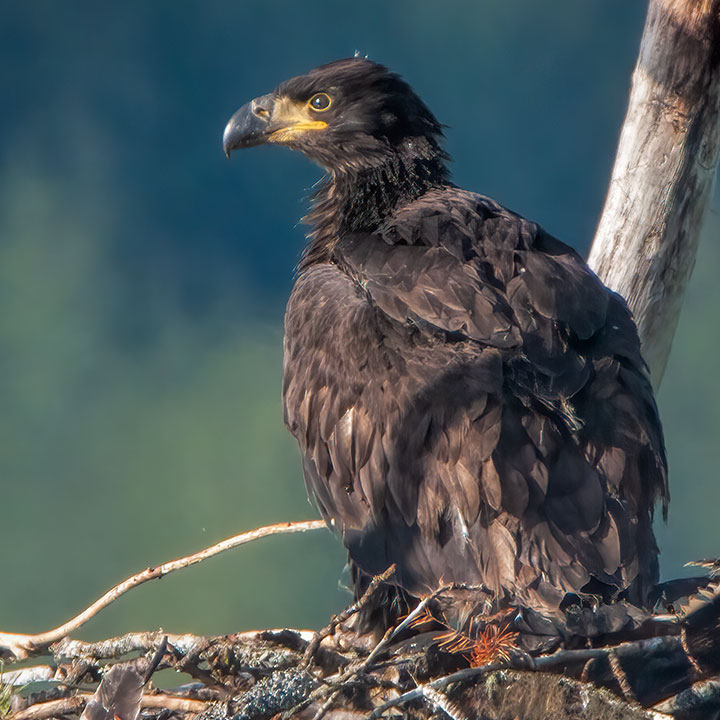 An adult (probably the mother) brings a fish to eat. The head of the chick is on the left. There is evidence of a dead osprey in the nest: a body feather below the chick’s bill and some tail feathers on the right. 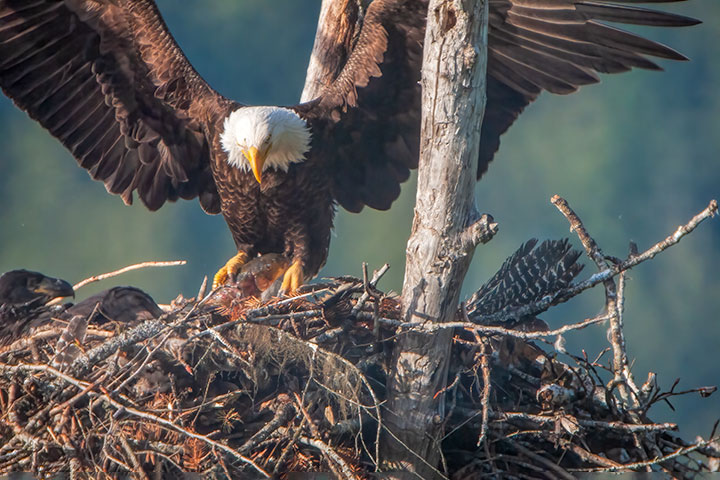 The chick scarfs a hunk of fish. 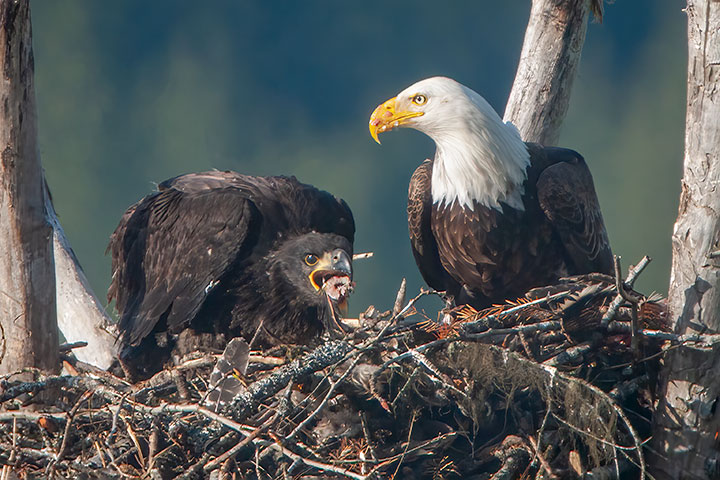 Later, the chick works on the whole fish. Note the fish bits on the adult’s beak. 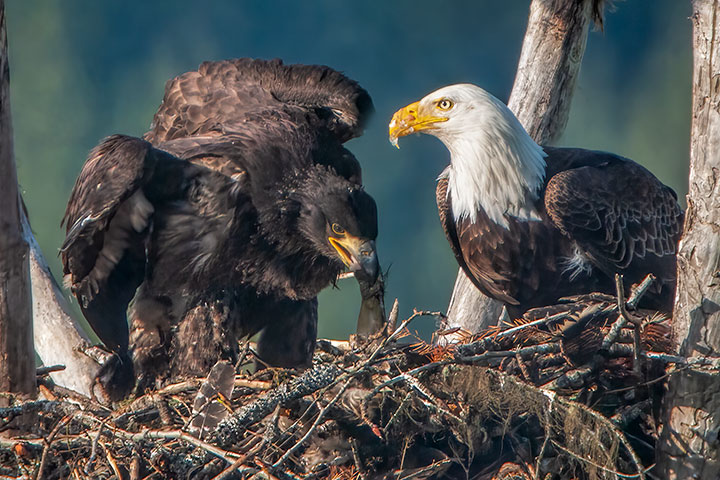 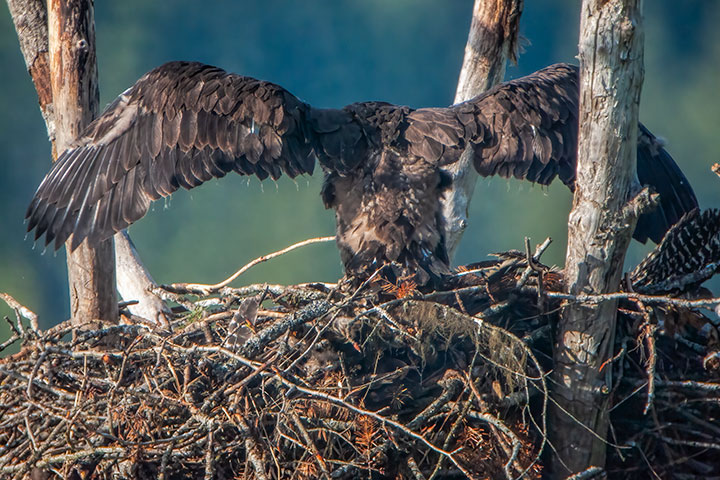