This is the third and fourth time this male bear wearing a blaze has been seen to visit, although it has probably come by much more often.

Other years, I did not see black bears from ending hibernation until at least August, so these springtime events are worth recording. I suspect that the high snow fall in the mountains around us and the rain in the valleys have driven the bears down into the valleys. Bears? Well owing to the local unusualness of its blaze, I have just seen one bear repeatedly.

I commented earlier that it was probably looking for garbage. It clearly found none and so seemed satisfied to eat local plants. Here it is eating clover. 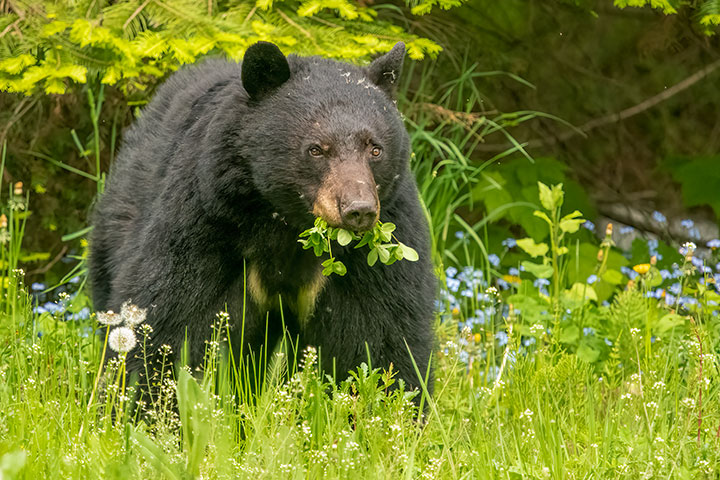 It looks as if the bear is looking at us. Maybe it is, but it was a passing glance. 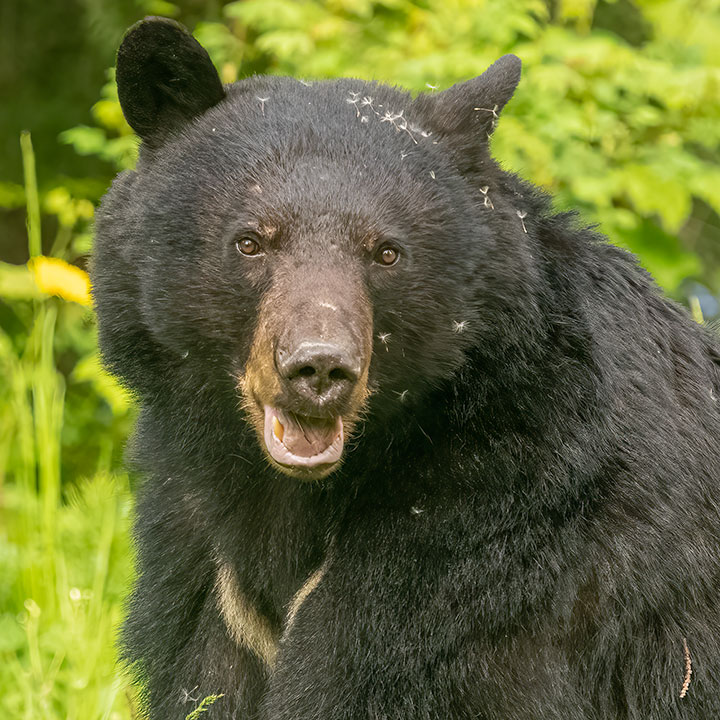 This is a good time for a scratch. 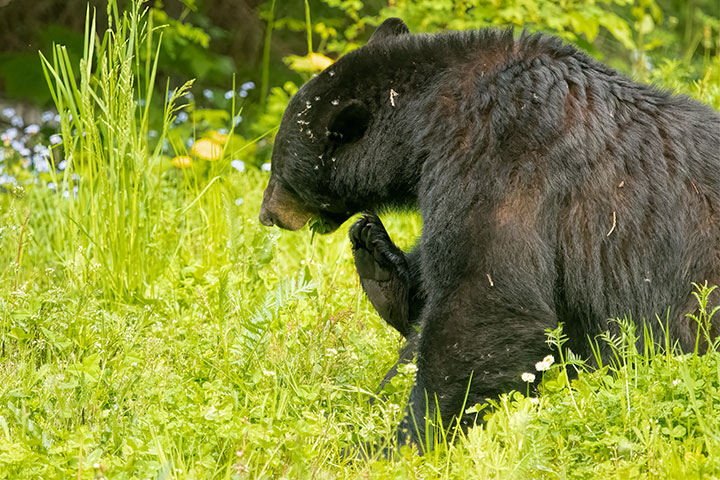 For the longest time the bear seemed either unaware or unconcerned that we were watching it from a distance. However, at the end of a long session, it climbed a tree and, in the dim light, stared at us, but without the huffing sound that indicates insecurity. It then ambled to the next home. Photograph by Cynthia Fraser. 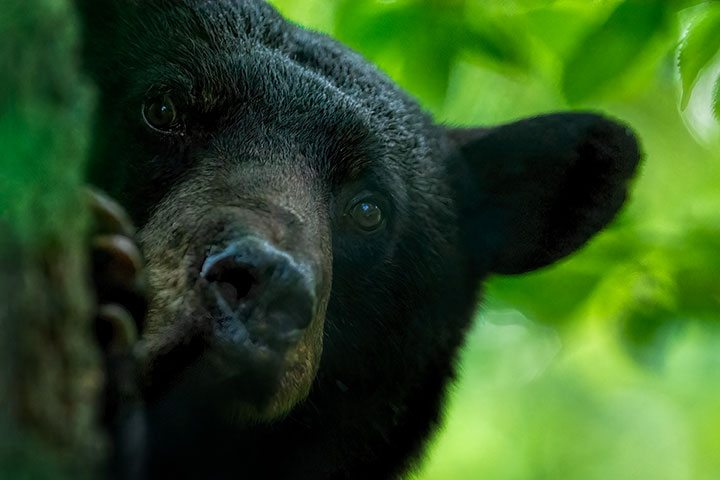 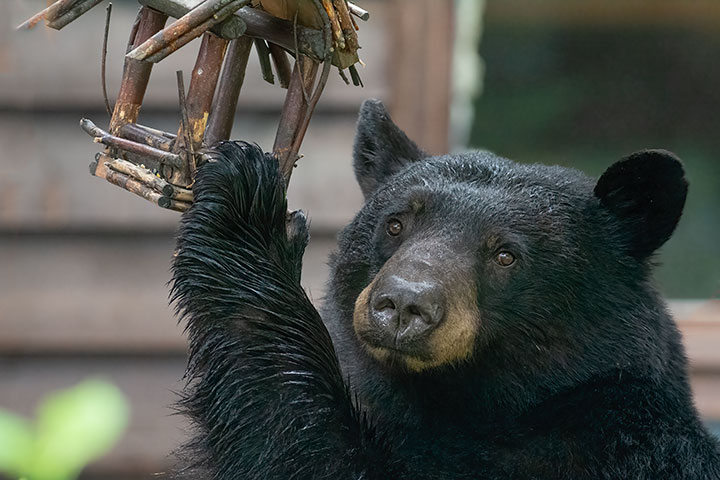 It set to work sampling it and destroying it. Photograph by Cynthia Fraser. 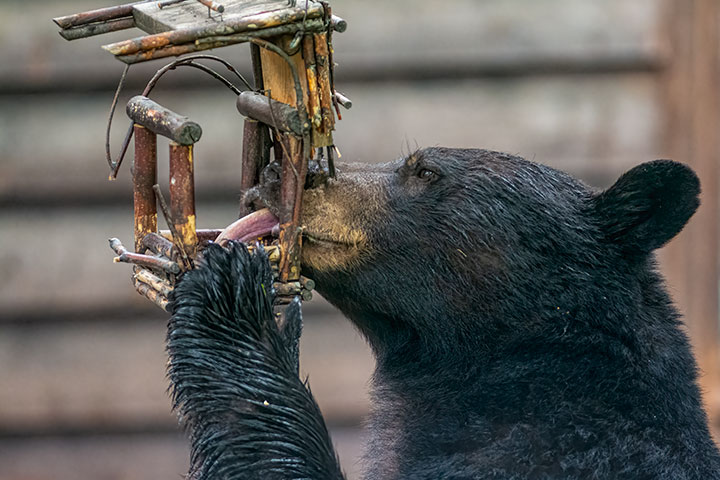 It really looks as if the bear is sticking its tongue at the photographer, but in truth it is just probably repeating the manoeuvre used on the bird feeder. Photograph by Cynthia Fraser. 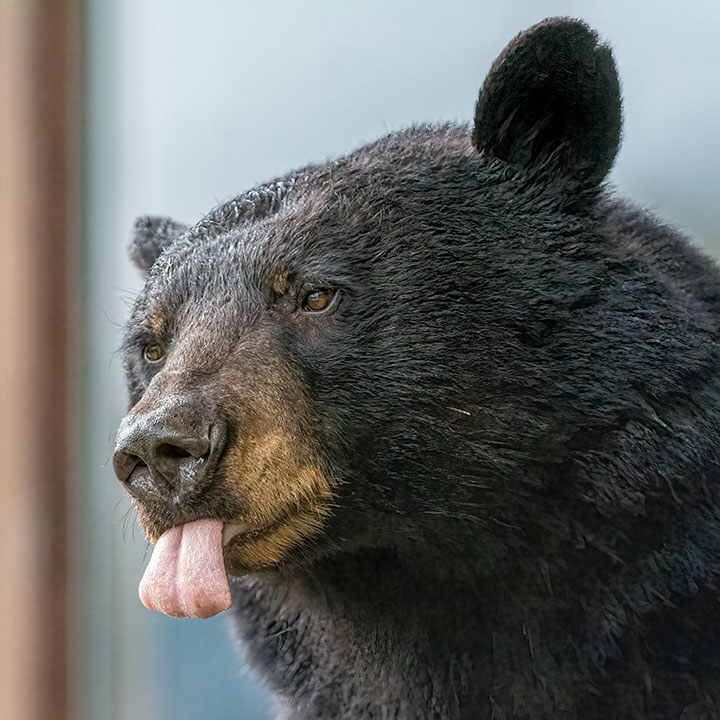