This is a compilation of a few images, none of which had its own posting in December. Indeed, December could be characterized as a month of sparse observations.

Early in the month, Trumpeter Swans came through, but were often distant. 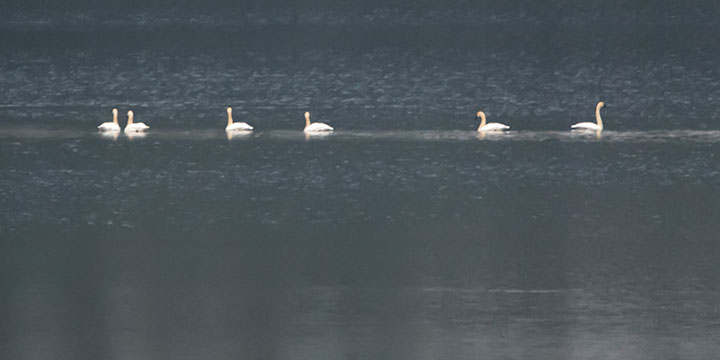 Another distant observation was that of two otters fishing through an opening on a mountain lake. 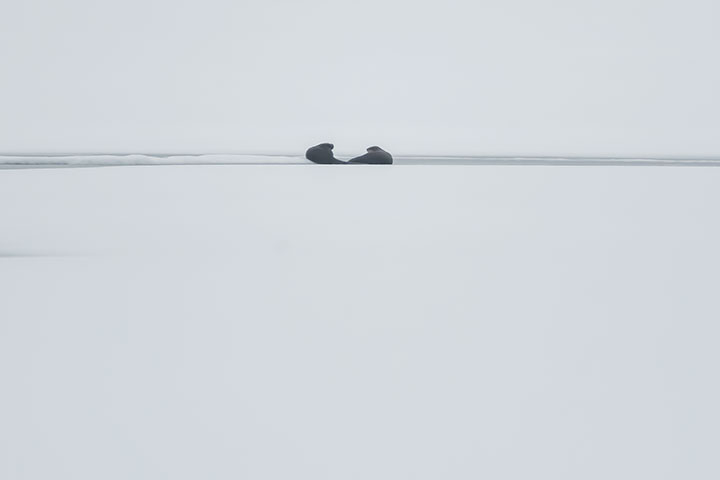 Not seen at all was a snowshoe hare, but its tracks abounded. On the left are the prints of its two hind feet. This seems to suggest that the hare was travelling from left to right, but the reverse is true — it is hopping from right to left. Its two front paws arrived first and made a single hole on the right. Then its two hind paws swing past them and made the holes in front of them. 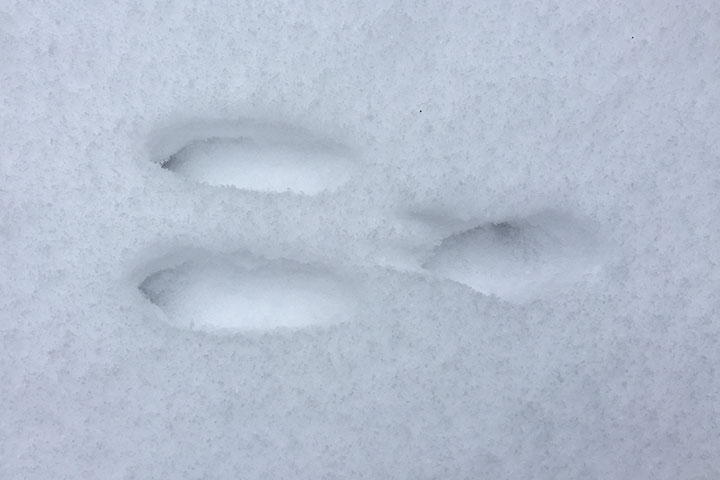 This is a pattern I sometimes see at this time of year: rime decorating the trees in a draw. A draw is a steep valley at right angles to the ridge line. It is carved by the water flowing in a creek. A draw also serves as a drainage path for cold air, and when that air contains a supercooled fog, some droplets collide with the trees and freeze there as rime. 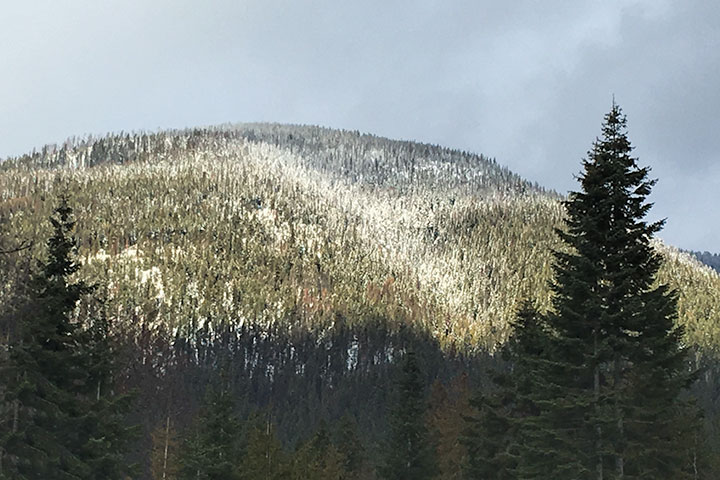 I have been watching for irruptive birds all month, but have seen very few of them. These irruptives are a flock of Pine Siskins. This bird uses flap-gliding flight — a strategy that conserves energy. Some siskins are seen flapping; some are seen gliding. 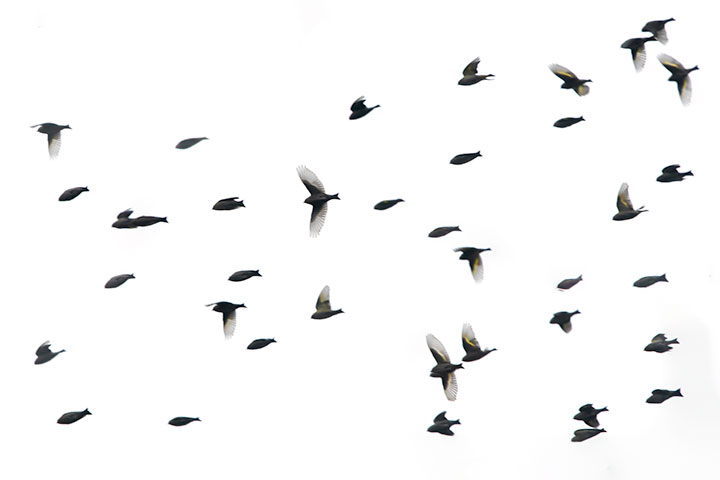 These two siskins are flying off after scrounging for seeds on the ground. 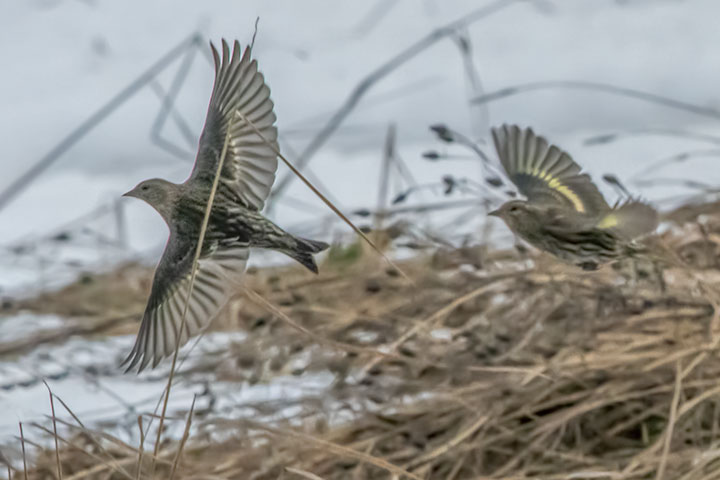 A siskin in a douglas-fir has pried a seed from an adjacent cone and is about to swallow it. 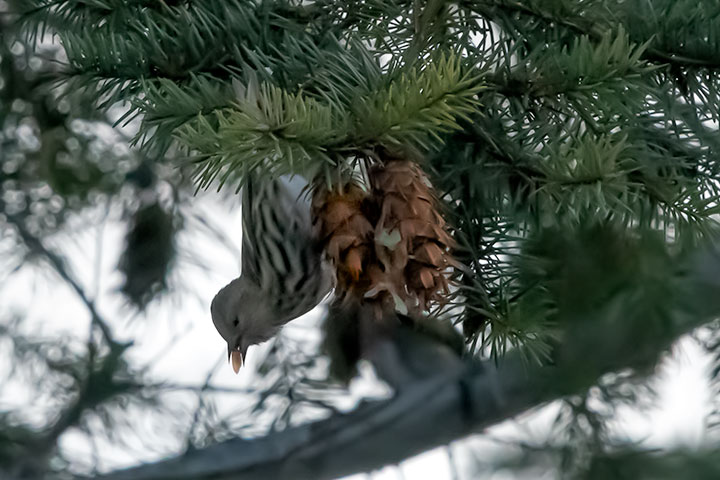 This is one of four Ruffed Grouse seen together in my yard. All were of the greyish colour morph, although the brownish morph seems more common around here. 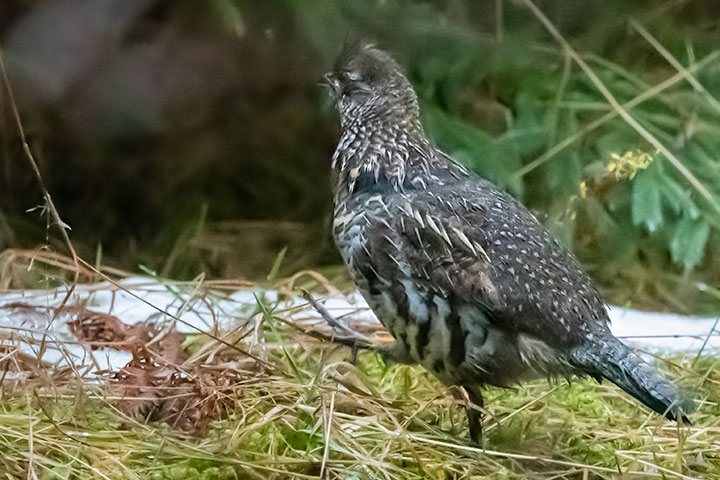