This is a collection of images that lacked their own postings in February. They are mainly, but not entirely birds. It is interesting that other than squirrels, and deer (that buck has now lost its antlers), I have seen no mammals this month. However, there was ample evidence of their presence through their tracks in the snow: squirrels, racoons, mice, voles, hares, and deer.

According to ebird (which tracks such things) there are no previous observations of Snow Buntings in Februarys. Here is a flock seen on February 25th. 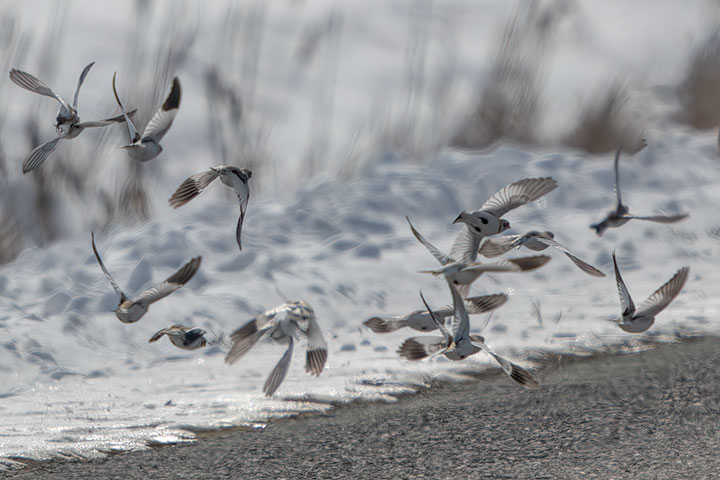 A Northern Shrike was seen hunting. 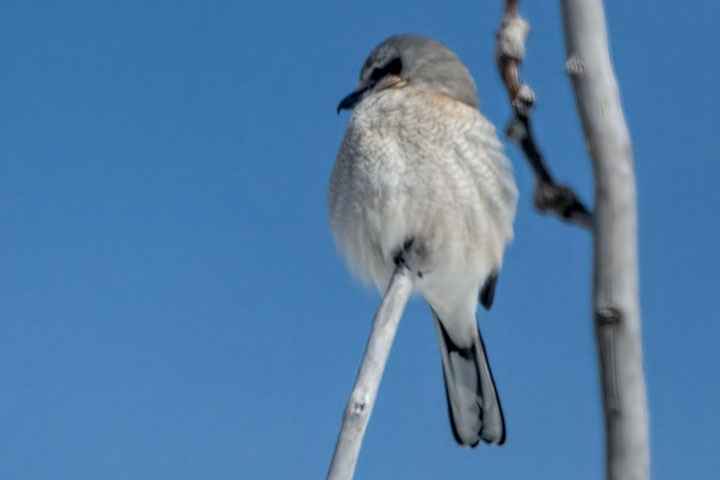 I have only seen Gray-crowned Rosy-Finches once before. 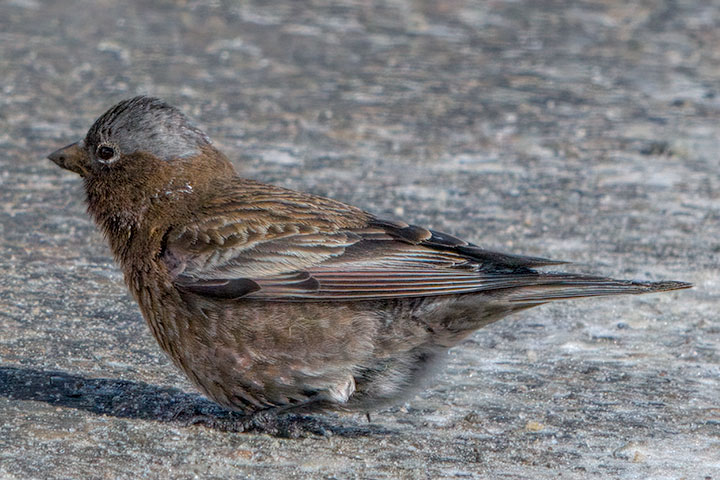 A little more common (but not much so) is the Pacific Wren. 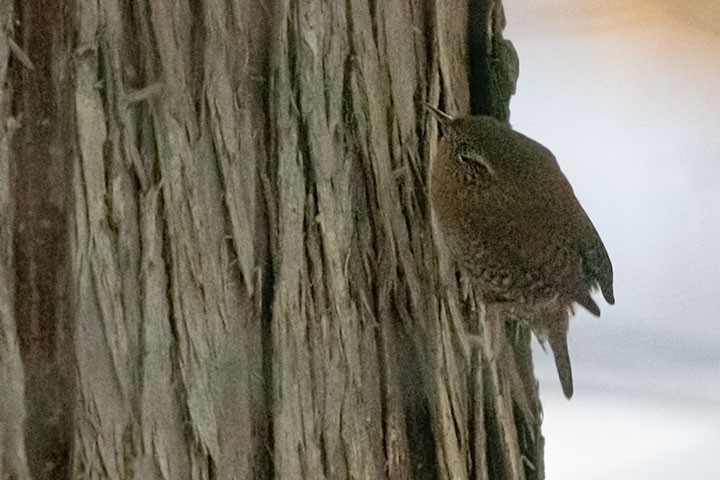 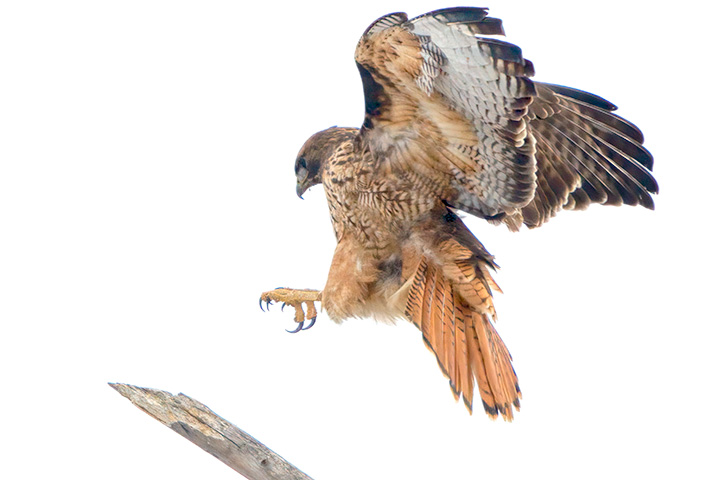 In the January goulash,  I noted Trumpeter Swans on the West Arm. They were still there on February 23, but had left two days later. 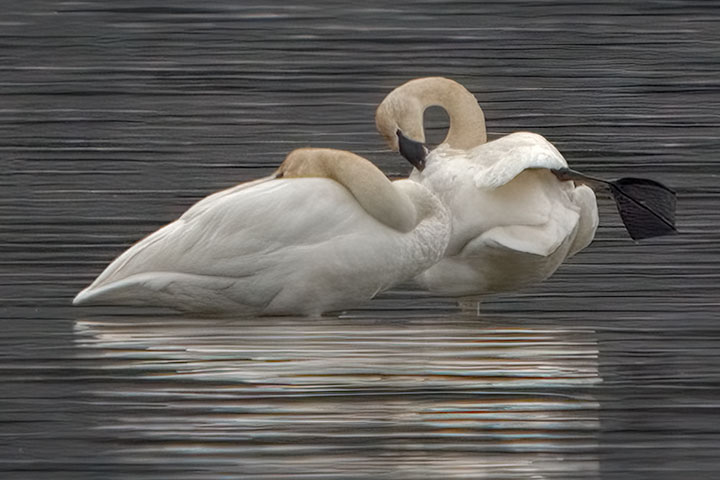 The month has been cold and windy. Here is snow blowing off a mountain peak. 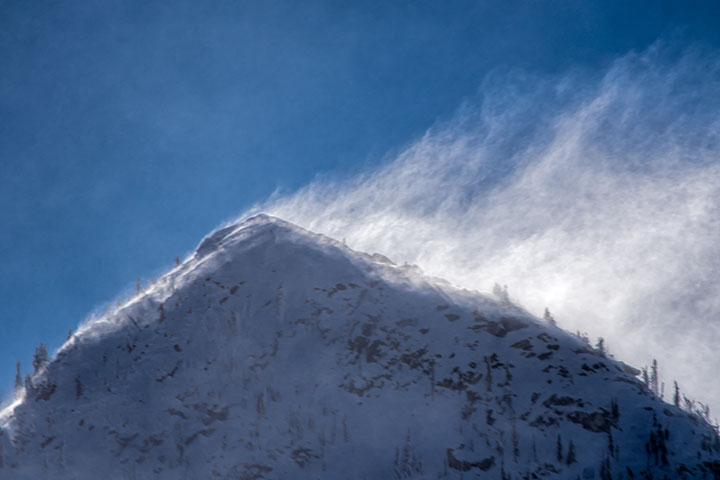 Oh, and did I mention that we have had blowing snow? 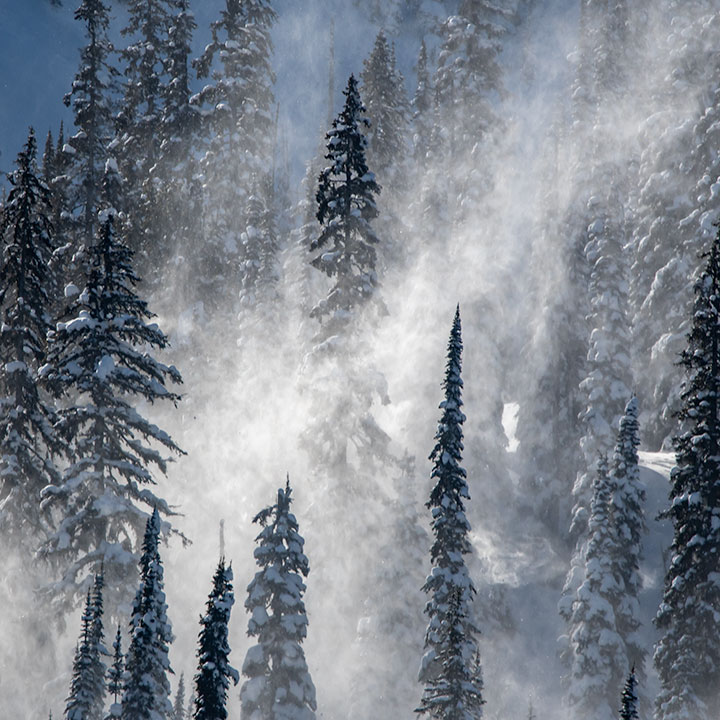 This entry was posted in birds, weather. Bookmark the permalink.